Under the stewardship of CEO Biplab Sarkar, Vectorworks is building up considerable development velocity in ‘under the hood’ software architecture, whilst fleshing out the BIM features within the software. The company is also making a number of strategic agreements and partnerships bringing additional capabilities and productivity enhancements.

For those that don’t know, Vectorworks is part of the Nemetschek group of companies. Headquartered in Germany, Nemetschek acts as a holding company for a variety of building and construction related companies and technologies. Uniquely in this industry, it owns no less than three BIM modelling companies – Allplan, Graphisoft and Vectorworks, which work independently of each other.

While Allplan is popular specifically in Germany and Graphisoft is dominant across the DACH region (Germany, Austria and Switzerland), Vectorworks has a particularly strong footing in the USA and anywhere it historically did well in its previous guise of MiniCAD.

In recent years Nemetschek has made strides to pull its key brands together to present a united front, but still each of the company CEOs are pretty much left to guide their product portfolios how best they see fit, depending in the needs of their respective user bases. Vectorworks has a strong Apple Mac heritage but does have a Windows equivalent, which is a challenge when it comes to matching feature and functionality within two very different operating environments.

Vectorworks is obviously an architectural BIM modeller, where it slugs it out against Revit and other systems. However, it does have two specific market niches in which it easily dominates, namely landscape design, for which it has a variant called Vectorworks Landmark, and in stage and lighting design where layout and modelling is done with Vectorworks Spotlight. With each annual release new functionality is divided between these three key areas.

Vectorworks 2020 has recently been updated with Service Pack 3 (SP3), which features a slew of quality and performance (speed) improvements. Vectorworks is undergoing re-engineering, feature by feature, subsystem by subsystem to update the code and make better use of CPU and GPU advances. SP3 brings improved file open times, view updates and quicker snaps. There are also two significant partnership integrations, one from real time visualisation developer Enscape and the other from Newcastle’s finest, NBS, with its Chorus product, a multi-user, cloud-based, construction-specification system which can drive standard specifications across multiple disparate BIM modelling tools.

For now, Enscape is providing a free beta plug-in to all Windows users in the Vectorworks 2020 SP3. The plug-in provides a live link between Vectorworks and Enscape so any changes made to the model are automatically updated in Enscape to be viewed with its high-fidelity real time engine. Designs can also be reviewed in VR at the click of a button.

Unfortunately, Enscape does not currently support the MacOS platform. The main reason given is that many Macs do not have workstation level graphics, instead using Intel Iris GPUs, which just don’t have the processing welly required for Enscape. This is one of those problems when you support both operating systems – the Mac tends to have less like for third party options or, especially in CAD, have less well-developed technologies on offer.

On the subject of development

Biplab Sarkar has been CEO of Vectorworks for four years now but was previously the company’s CTO, so our conversations can range from industry gossip and trends to a fairly in-depth discussion of underlying technology components for software development. He has a great grasp of both the macro and the micro issue of model-based software development and customer usage.

Vectorworks is undergoing a continual refresh and regeneration with a focus on improving performance and reliability, while at the same time preparing it for capabilities which will become more important for future usage.

Vectorworks uses the powerful solid modelling kernel Parasolid at its core. In the early days of BIM this was seen as overkill but as manufacturing and the building industry converge towards a digital manufacturing future, it could give the products a natural advantage in design for manufacture workflows.

The problem here is that the Parasolid kernel is developed by Siemens and while there is a Mac version of Parasolid, Siemens is certainly biased towards the development of the much more popular Windows variant, which for a dual platform developer like Vectorworks leads to performance and capability challenges.

In general, Parasolid is slowly being redeveloped to make use of multi-core / multithreaded processing but as the work is only partially done, it can make performance unpredictable.

Underlying technologies that applications rely on are also constantly changing. Apple is also in a process of removing OpenGL to adopt its Metal graphics pipeline but this process is taking time and MacOS developers need to plan for a future when perhaps OpenGL will not be there. There are also rumours of Apple using its own processors in the near future, which would require a complete recompile and maybe some rewriting of MacOS applications. Vectorworks is working on moving to using Metal on the Mac and in general is looking to achieve from games-class graphics performance. It will also help future proof graphics performance on the Mac.

Software development is not just about meeting customer expectations for new features, but also juggling with evolving technologies which lie under the hood – third party components, as well as fundamental changes from the operating systems developers. Making software is very much like building extensions to skycrapers on shifting sands. Sarkar stated that, every year, 25% of software engineering work is re-engineering.

While I mentioned landscaping and entertainment as being hot areas, the company also does well with interior designers. Vectorworks has traction in museums, galleries and restaurant design. In fact, Starbucks moved from Revit to Vectorworks to design all of its EMEA stores. Sarkar put this down to the software’s ease of use and how quickly a concept model can be modelled and rendered. Once the concept is created, it can be detailed out for fit and fixtures. With SketchUp, the model needs to be thrown away and it’s not particularly easy to concept model in Revit. Vectorworks is a single environment from concept to drawings.

On the subject of Landscape, Vectorworks is clearly on a mission to position itself with the big boys. Late last year the company announced a major integration with Esri’s ArcGIS online services for landscape and urban designers. The solution offers better and quicker access to GIS imagery, data and geometry within Vectorworks 2020 through two new commands, Geoimage and Geolocate. Vectorworks supports proper geographic coordinates and projection. The integration has gone down well at Esri and now they are planning future developments on site design.

In general, Vectorworks has been very active forging relationships with some of the leading players outside of the Nemetschek sphere, such as Unreal, Lumion, Enscape, Revizto and NBS. 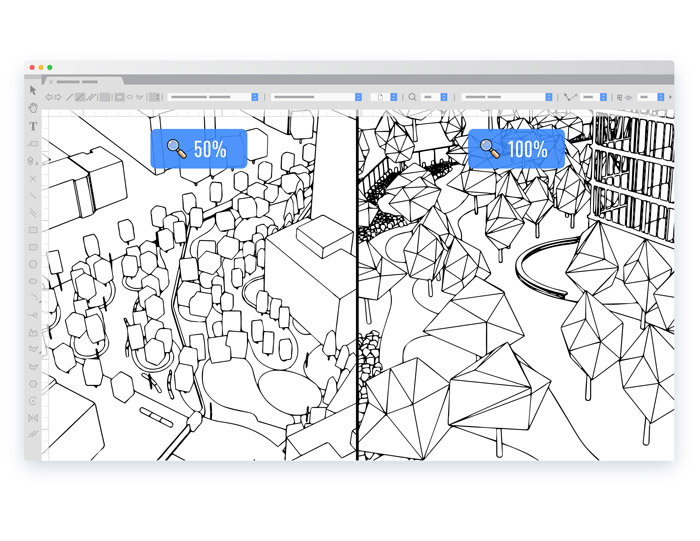 Having a historically successful product with many thousands of customers is both a benefit and a hindrance. Software is continually developing, workflows evolve but the software has to cater both for those happy with traditional features and capabilities, as well as those that want to innovate and experiment. With a successful product, software companies could sit back and rest on their laurels, collect the subscription money and deliver a few new features and bug fixes or they can do the difficult thing, which is to please the customers they have, by making current functionality better/ faster, and addressing those that want to push the envelope.

A good software firm is always delivering for the needs of all of these users, while constantly evolving and refreshing the underlying code, without breaking the software. It’s akin to changing a tyre while the car is still going at 90mph. We think Biplab and the Vectorworks team is doing a great job of getting that balance right in adding core value with each successive release. 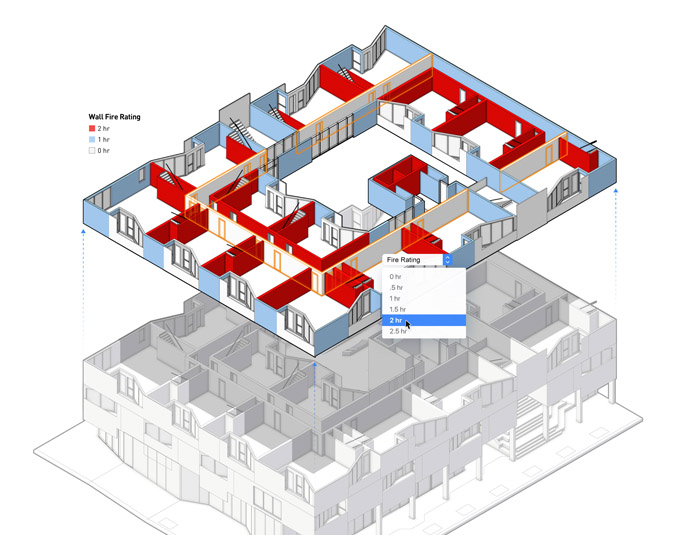 If there is one thing that 2020 is teaching us, it’s to be resourceful and expect the unexpected. With events cancelled across the board, software firms have had to move online.

Vectorworks had just weeks to turn its Design Summit into an online event, with presentations and courses delivered from home. The good news is, it’s available for everyone to see, and the virtual keynote can be seen here.