Global architecture firm Populous can deploy designers to any location, thanks to a VDI solution powered by Nvidia GRID

Following its successful design of the London 2012 Olympic Stadium, Populous was awarded the Olympic Stadium Transformation project, which involved converting the 80,000-capacity venue into a multipurpose venue offering a 54,000-seat football stadium for West Ham United, a permanent athletic track, 2015 Rugby World Cup venue, and a concert venue for up to 80,000 people.

“Creating a 3D proof-of-concept is essential for us to effectively showcase our designs to prospective clients in order to win bids,” said Pete Whitcomb, IT manager at Populous. “Furthermore, the ability to scale up or down across locations allows us to be much more agile and deliver ideas faster and on any device. For projects like the Olympic Stadium Transformation, this speed and flexibility can be the deciding factor between winning and losing the bid.”

After winning the multi-million-dollar bid, Populous needed to mobilise between 20 and 30 staff to be onsite in Stratford while working seamlessly with the rest of the team based in the Putney office. Normally, this arrangement would require creating an entire office onsite — an effort that would require several months of procurement and installing a complex network to support traditional desktop workstations; however, the significant time constraints for this project precluded that course of action.

This solution had to allow remote access from any device and include GPU support for graphics intensive applications that include Autodesk Revit, Robert McNeel & Associates Rhinoceros, and Adobe Creative Suite 6 (InDesign, Photoshop, Illustrator).

VMware vSphere and Horizon provide the hypervisor and virtual desktops, respectively. All data was then migrated from individual PCs to the data centre to enhance security, redundancy, and version control.

Implementation proceeded rapidly. Populous had the onsite team up and running and had delivered the 3D proof of concept for the Olympic Stadium Transformation project in four weeks — a deployment that would have taken several months using a traditional office/workstation model. The GRID-enabled VDI deployment delivered workstation-class graphics performance to remote users. Centralising the data storage in the data centre allowed multiple users to simultaneously access and edit the same file without ever having to wonder whether they were working with the most recent version of the project file.

Overall, implementing VDI powered by Nvidia GRID technology delivered a critical advantage to Populous by giving its designers a flexible and dynamic working environment regardless of location or the device being used to access the applications and data. VDI also allowed the firm to respond to external problems, such as the random power outages that affect the main UK office approximately every eighteen months.

Nvidia GRID technology has revolutionised how Populous works, because users can access their own desktops and use graphics with full performance from any device at any location, allowing architects, designers, urban planners, and advisors to collaborate more effectively than ever before. Pitching, bidding, and responding to large scale bids like the Olympic Stadium Transformation is also easier to manage: Staff from any location can simply report to the job site with no need for any IT infrastructure beyond Internet connectivity required, and they can work just as effectively from the field as they could in the office.

“Before, we were bound to our workstations because they alone had the processing power needed to run intensive applications and were built based on the user’s role or need,” said Mr Whitcomb. “All that has changed as a result of implementing VDI powered by Nvidia GRID technology. We can work from anywhere on any device, continue working if there are location restrictions, and update project files in real time.

“From an IT perspective, we may receive more out-of-hours service calls than before, but they are rarely urgent. Workers are largely independent and less reliant on IT, which saves a significant amount of time and increases productivity.”

Going forward, VDI will allow the Populous team to grow and allow the business to scale rapidly to meet both project-based and long-term needs. The firm currently has 85 virtual desktops in operation and is planning to increase that to approximately 170 in order to have all users in the UK working on virtual desktops.

A beginner’s guide to workstation virtualisation

Running Revit in the cloud

Collaborating with Revit over WAN 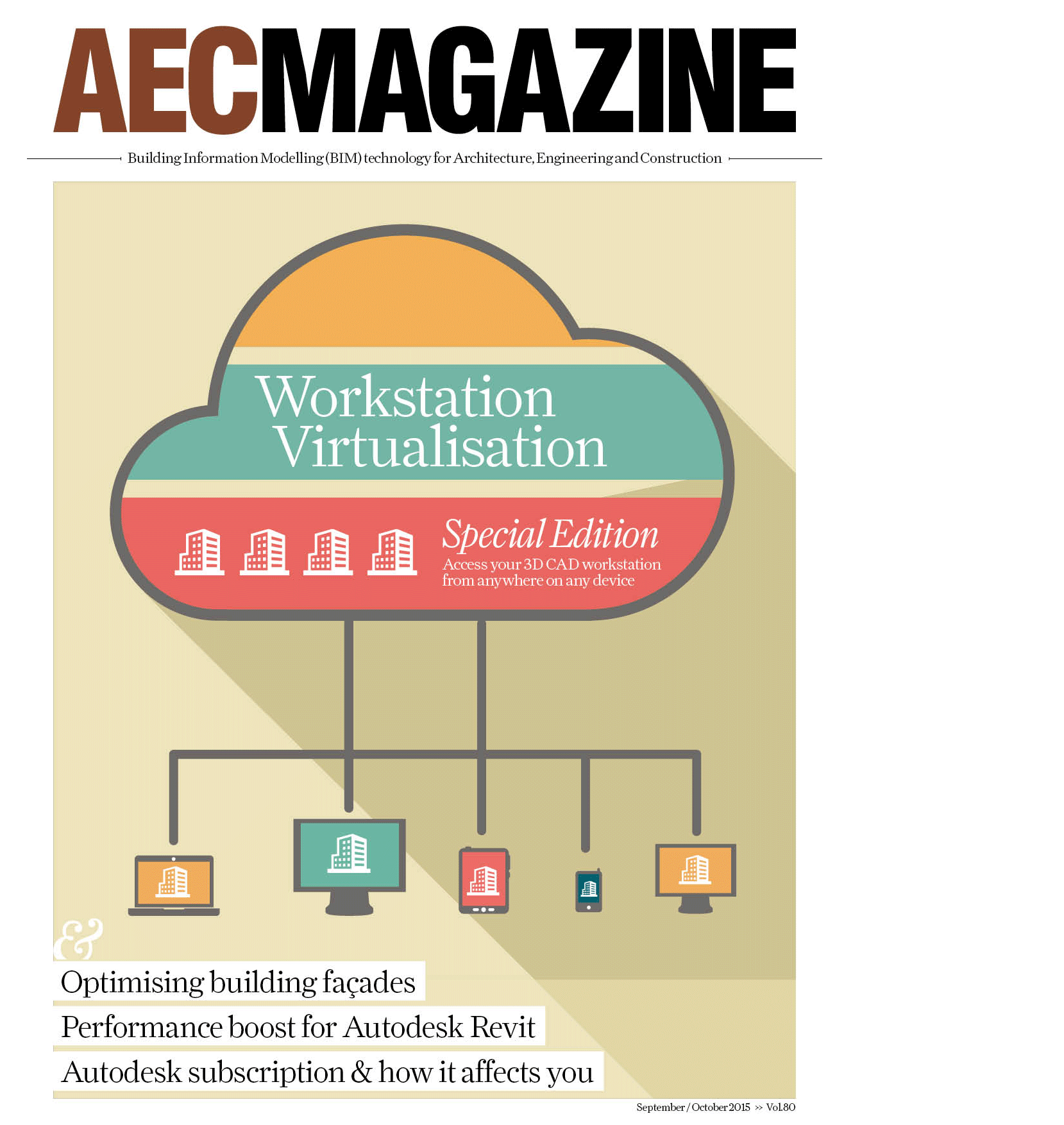 Download a PDF of the workstation virtualisation special edition.