Caunton Engineering used Tekla’s Fastrak Building Designer (now part of Tekla Structural Designer), to design all elements of the steel frame for this large retail and leisure development in the heart of Chelmsford.

The analysis model was also exported to Tekla Structures, inserted into the IFC architectural model from WCEC Architects for review and co-ordinated with other building elements prior to becoming the project information model (PIM). 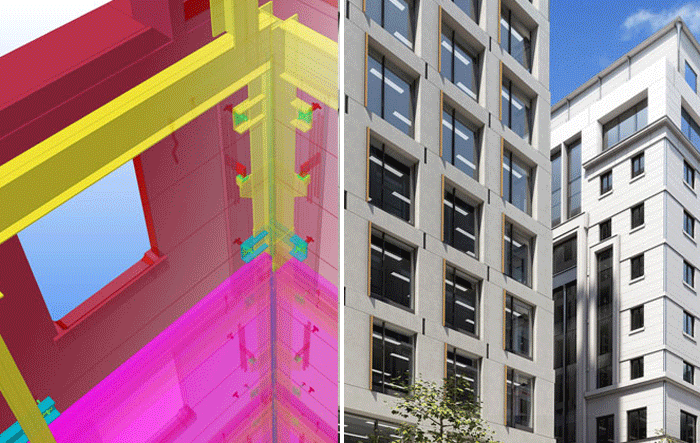 RCDS (NI) UK was contracted to produce the BIM model and all associated details including a façade model, general arrangement drawings, production and reinforcing drawings, all of which were completed in Tekla Structures precast.

Throughout this project, model and IFC sharing was used frequently in order to make sure that all construction parties involved were working from the same information and not clashing with each other. 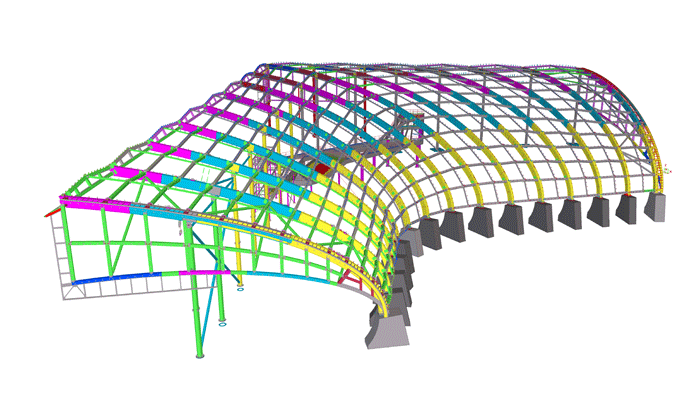 Severfield UK completed a full BIM project for Morgan Sindall and Network Rail to fabricate the complex roof structure and a new mezzanine access to the Arena at Manchester Victoria Station.

Severfield and Lostock started modelling with a Revit IFC model from Hyder. It was then imported into Tekla Structures and two models created. AutoCAD 3D DWG files from cladding subcontractor, Vector, were also used as reference files. The model was utilised for construction sequencing in Trimble SketchUp. All surveying on site, temporary works and erection handover was completed using the Tekla model via 3D DWG exports. 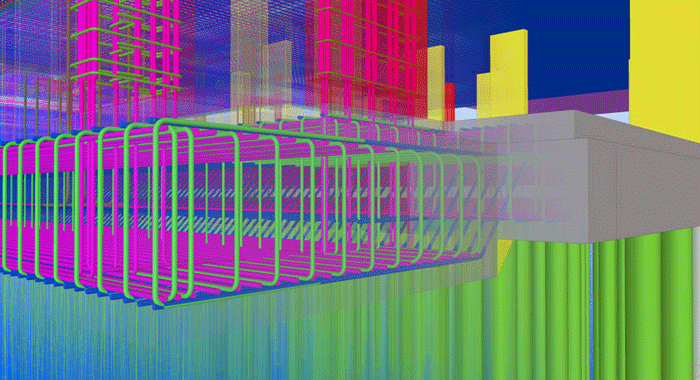 Tier BIM brought the architect’s models into Tekla Structural Designer and Tekla Structures. GA drawings were produced alongside reinforcement and bar bending schedules to ensure the model was fully sequenced and clash-checked. The model then becomes the project’s database for producing detailed drawings, setting out and retrieving quantities. 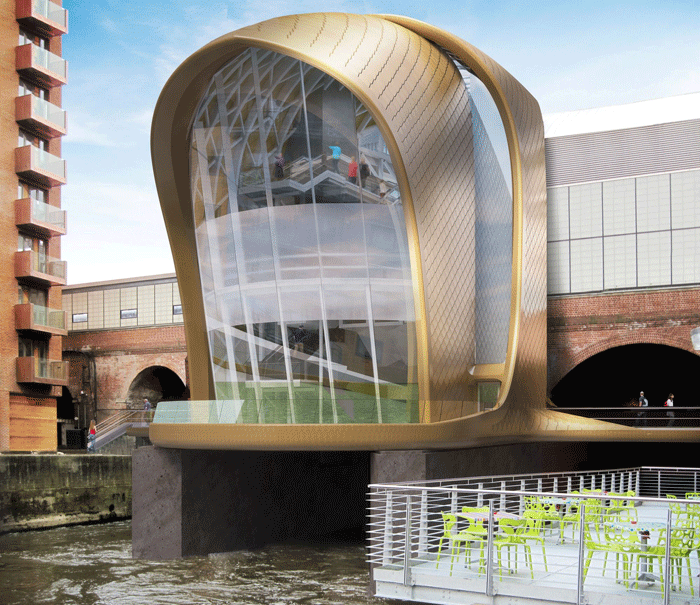 The modelling of the structure was very complex, and close co-ordination with the architect and the engineer was essential as achieving the correct set-out of the steel was imperative. A point cloud survey was used to establish the constraints of the existing site and included the arches, platforms, rail track and existing steel. By doing this, good clear insight was obtained as to what challenges would need to be addressed during the construction phase of the project.

Caunton Engineering was triumphant with ‘The Curve’, a state-of-the-art building in Slough that features complex interfaces between steel, cladding and curtain walling.

The design features a ‘V’-shaped column created from two 400 x 200 x 16 elliptical hollow sections. The use of Tekla Structures proved crucially important to allow the team’s detailers to overcome the significant challenges created by the building’s complex geometry.

Interfaces between steel, cladding and curtain walling were also complex and coordination was helped by sharing a Tekla BIMsight model with all parties concerned.