Destroyed in the 1920s, Sir John Soane’s Bank Of England masterpiece is being brought back to life in an advanced rendering competition, with close to $30,000 worth of prizes up for grabs, courtesy of HP and Nvidia. By Greg Corke

Commissioned render of The Bank Of England’s Tivoli Corner. Image courtesy of ARQUI9

While many architectural-focused competitions call for visions of the future, Project Soane has its roots steeped in history. The ambitious quest to recreate Sir John Soane’s legendary Bank of England using Revit — a BIM application better known for modelling rectilinear frames than Neo-classical curves — was made all the more complex by its collaborative crowdsourced approach.

With close to 500 participants from all corners of the world, contributed models were assessed for historical accuracy and co-ordinated by experts at Robert A.M. Stern Architects and BIM consultancy Case (now part of wework). The Autodesk BIM 360 collaboration platform was used to help manage this complex process. 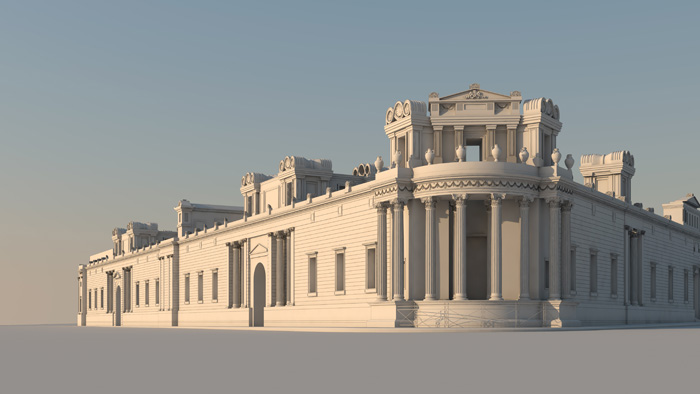 Preview render of The Bank Of England’s Tivoli Corner. Image courtesy of ARQUI9

With the resulting BIM models completed at the tail end of 2015 it is now time to pass over the baton to the Computer Graphics (CG) community to bring the building to life through stunning still, animated, and real-time renderings.

With a rather large incentive comprising $30,000 of prizes, including a fullyloaded HP Z840 Workstation with Nvidia Quadro M6000 professional graphics, we expect Project Soane’s Phase 2 rendering competition to get some serious attention.

For an historical project such as this, one might expect the resulting design visualisation to have limited scope. However, the organisers are keen to emphasise that entrants should approach their submissions in the way that inspires them most — be that an historical reconstruction or a vision of the future.

“We’re hoping for a range of interpretations, from architectural illustration style to highly photorealistic, contextually relevant to the period, or today, or even in the future — which might be different to how it [the building] was originally intended,” explains Sean Young, competition judge and worldwide segment manager, product development & AEC at HP Workstations.

“It’s not every day that rendering experts are asked to render a building in context from 200 years ago, so they might jump on that and do the ‘horse and buggy’ thing, or they might say, what would this building have been like if it was in use today? How would we preserve and celebrate the design and still make it a functional building?”

A total of four interior and exterior Revit models were created in the original modelling phase and participants can choose to use any one (or all) of them for their design visualisations. 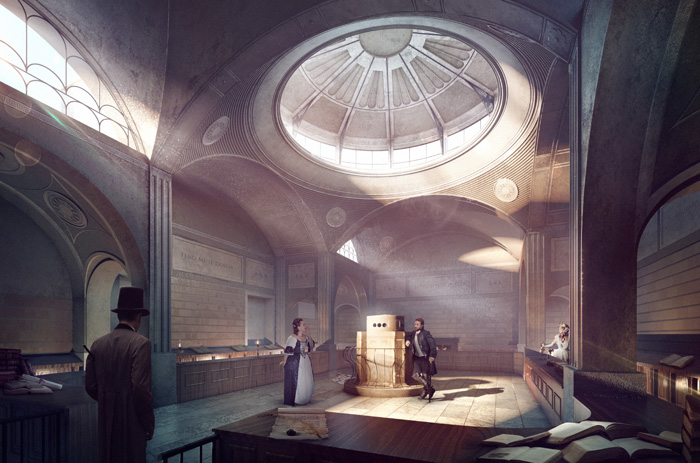 Once registered, entrants download the models from the Project Soane A360 website in Revit, FBX or 3ds Max formats, together with a library of project appropriate materials.

While all renderings should be specifically based on these models, participants are being given some artistic freedom — be that adding entourage or environments or tweaking the model, so long as edits are sympathetic to the original design.

Lighting can be added, but the jury does not want to see a perversion of Sir John Soane’s design intent. “His [Soane’s] lighting was magic — if you put in a bunch of fluorescent fixtures in the dome, that would ruin everything,” smiles Mr Young.

There are a total of seven prize packages up for grabs, including best image, best film, and best historical accuracy. All submissions must use Autodesk software, such as 3ds Max or Revit, although any rendering engine can be used as part of the rendering production process.

While the competition has a definite bias towards those with specialist CG skills (the commissioned renders from Arqui9 and Luxigon that accompany this story have already set the bar high), the organisers hope that the competition will attract all levels of capability. An award for best rendering created by a GPU rendering engine like Nvidia Iray, for example, stipulates no use of postproduction, so will better suit point and click workflows.

Still images are an important part of the project but it is likely that polished animations, films and real time renderings will do their best to bring the lost building to life and help the world appreciate the true genius of Sir John Soane.

Indeed, the organisers are encouraging the use of Autodesk Stingray, a new generation 3D games engine for design visualisation to do just that. 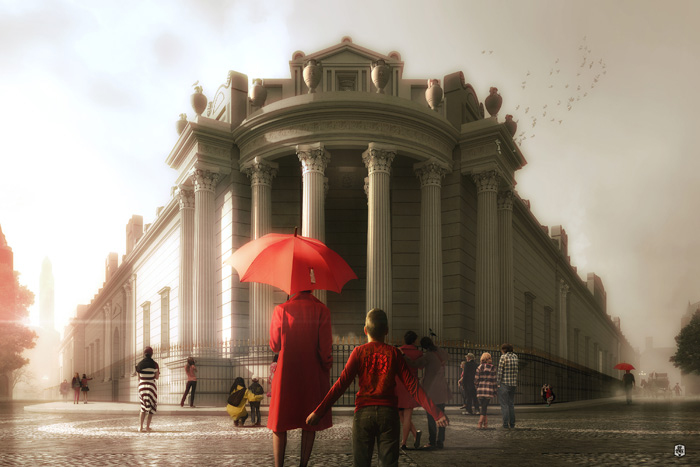 “With Stingray it [the submission] could be VR, and if it’s VR what an exciting way for the public to experience this building first hand,” concludes Mr Young.

The closing date for the Project Soane rendering competition is June 6 but entrants are encouraged to send work in progress in the run up to the final deadline. Project Soane is organised by CGarchitect with the help of HP, Nvidia, Autodesk, RAMSA and Sir John Soane’s Museum, London.