Other features include a FHD or 4K display, Nvidia Quadro GPU (up to the M2000M), up to 64GB DDR4 memory, M.2 PCIe NVMe SSD up to 512GB and USB Type-C, all standard features of a modern mobile CAD workstation.

With Dell, HP and Lenovo all launching ‘Skylake’ mobile workstations late last year Fujitsu is relatively late to market with its own Skylake offering.

And while Dell and HP slimmed down their mainstream 15-inch mobile workstations, in part by removing the optical drive, Fujitsu has kept faith with a DVD drive in the same 380 x 257 x 25 – 32mm / 2.75 kg chassis from its predecessor, the Celsius H730.

The optical drive can also be swapped out for an additional 6 cell 28Wh battery which is a big benefit for those who take CAD on the road.

The Fujitsu Celsius H760 also differentiates itself in its security features. The optional PalmSecure biometric access technology uses palm vein pattern recognition rather than iris scanners or fingerprint readers. Other security features include integrated SmartCard reader and TPM 2.0 for data encryption and management.

The machine also comes with VGA port for connection to projectors, and a full size DisplayPort for external monitors.

High performance M.2 PCIe NVMe SSDs can also be supplemented with a range of 2.5-inch SATA drives from 256GB to 1TB capacity, including SSD, SSHD and HDD.

USB Type-C offers data transfer rates of up to 40 Gbps, supports Thunderbolt 3 and delivers up to 15W of power. 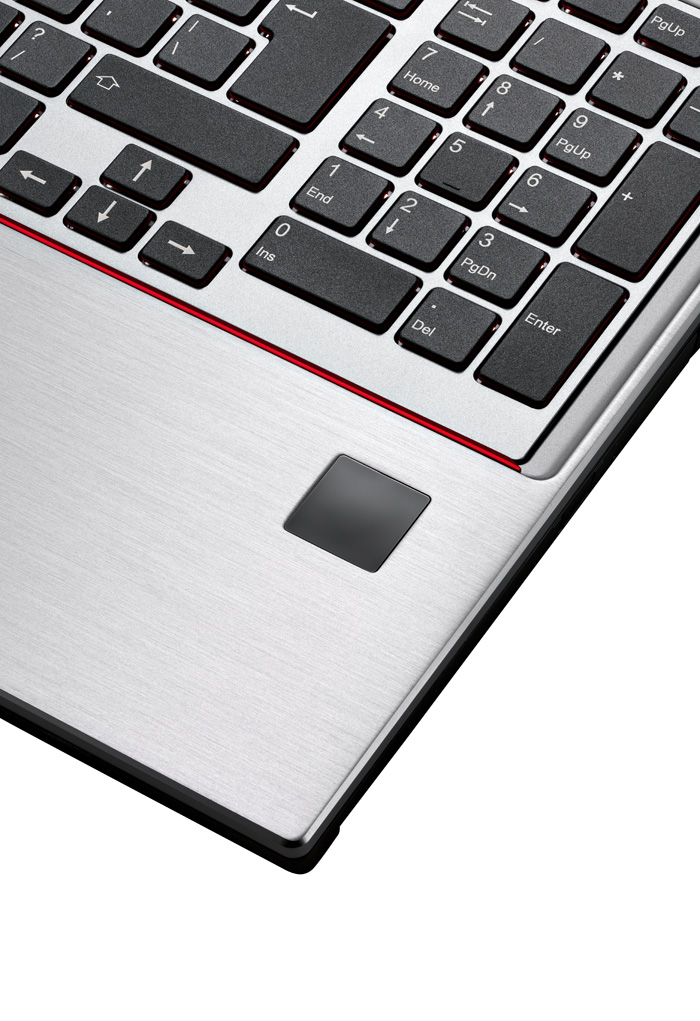