Workstation Specialists is turning to desktop Intel CPUs to deliver more performance in its mobile workstations for CAD, simulation and rendering.

The Derby-based firm has launched three new machines: two based on the desktop Intel Core i5 and i7-4700 series CPUs and one based on the Intel Xeon E5-2600 v2 series which boasts up to 12 cores.

Both machines stand out for their ability to take a range of quad core desktop CPUs up to the high-end 84W Core i7-4790K CPU which runs at 4.0GHz (turbo 4.4GHz). This should give users of BIM software a significant performance boost over more traditional mobile workstations which peak with the 57W Intel Core i7-4940MX, a mobile-specific quad core CPU that runs at 3.1GHz (turbo 4.0GHz).

The WS-M150 stands out for its ability to support high-end professional graphics – up to an Nvidia Quadro K5100M, a GPU which is usually only found in 17-inch mobile workstations. 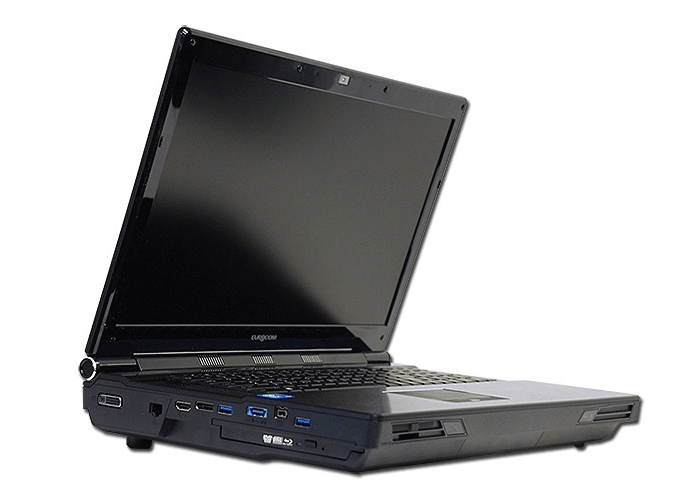 The Eurocom Panther can play host to a 12 core Xeon, which is sure to turn heads of rendering and simulation specialists.

Workstation Specialists has also added a server-class Xeon laptop to its portfolio, the Panther5 Mobile Server from Eurocom.

The Panther5 weighs in at a whopping 5.5kg and at 57.7-62.1mm is significantly thicker than other 17-inch mobile workstations but cannot be rivalled on multi-threaded CPU performance. This should be of great interest to design visualisation specialists who need power on the go for ray trace rendering.

Other features include up to 32GB RAM, up to 2 x Nvidia Quadro K5100M GPUs, and up to four 2.5-inch drives, giving a potential 8TB of storage.

We look forward to testing these new machines in the AEC Magazine labs soon.