NavVis has announced a new mapping software that it says significantly improves the accuracy of simultaneous localisation and mapping (SLAM) technology in indoor environments, such as long corridors. The Precision SLAM software update will be available for users of the mobile mapping system, the NavVis M3 Trolley, and is said to ‘significantly improve’ the accuracy of the resulting maps and point clouds.

The NavVis M3 Trolley is designed to build upon SLAM to increase speed and efficiency when scanning buildings. SLAM is a technique originally developed by the robotics industry that is now increasingly being used in surveying and autonomous driving technologies. It was designed to solve a core problem that long plagued robotics engineers by enabling a device to determine its location while simultaneously mapping an unknown environment. This is done by chaining millions of measurements into a trajectory estimate.

However, according to NavVis, even when a device captures highly accurate individual measurements, chaining them will result in an accumulation of noise and tiny measurement uncertainties. Over time, the estimated motion will start to deviate from the true motion, which is known as “drift error”. This can often be observed as a slight bending of long corridors that are actually straight. NavVis says that all available SLAM systems – regardless of whether they use LIDARs or other sensors – are inherently affected by this phenomenon. 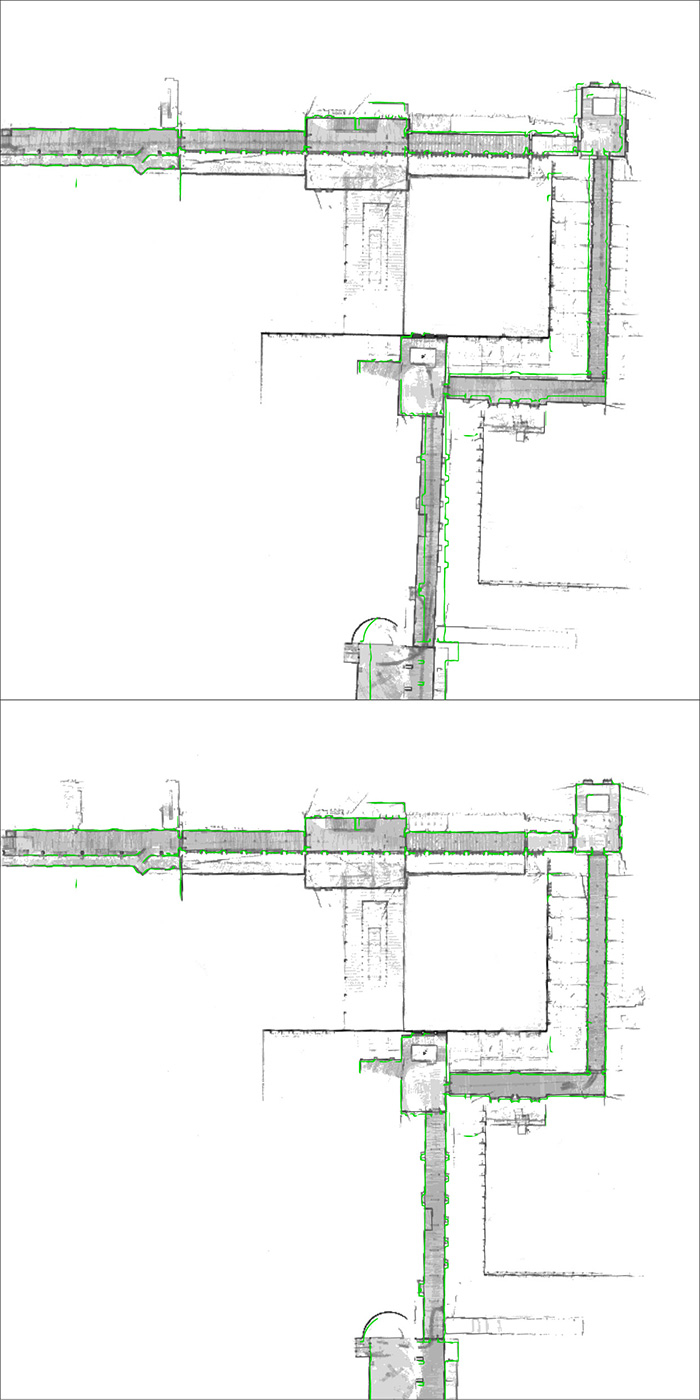 (Top) A long corridor mapped with a conventional SLAM system where drift error has occurred. The green outline shows how the map deviates from the true structure. (Bottom) Significantly improved map accuracy obtained when mapping the same area using the M3 Trolley with the new Precision SLAM technology.