The performance of PCIe Solid State Drives (SSDs) may look incredible on paper but how does it translate to the real world? We test out a combination of SATA and PCIe SSDs using point cloud software, LFM Server, as well as Revit and 3ds Max.

There has been a lot talk recently about PCI Express (PCIe) Solid State Drives (SSDs). These high-performance storage devices are a headline feature in the new Apple Mac Pro and MacBook Pro, as well as the latest HP Z Workstations and ZBook mobile workstations. But what are they and what do they mean for CAD and BIM?

PCIe is the high-speed computer bus traditionally used for Graphics Processing Units (GPUs). It offers much higher data transfer speeds than the SATA 3.0 standard on which most Hard Disk Drive (HDDs) or SSDs are based.

SATA 3.0 has pretty much hit its limits as far as sustained read and write performance is concerned. 500MB-550MB/sec is the most you can squeeze out of any SATA-based SSD, whereas entry-level PCIe SSDs can reach two to three times these speeds, easily hitting 1,500MB/sec.

Just because the PCIe bus overcomes the bandwidth limitations of SATA 3.0 it does not necessarily translate to better performance in real world applications. A PCIe SSD will certainly allow you to copy and paste 20GB of 3ds Max assets far quicker than a SATA 3.0 SSD, but you will not see such obvious benefits in most BIM workflows. 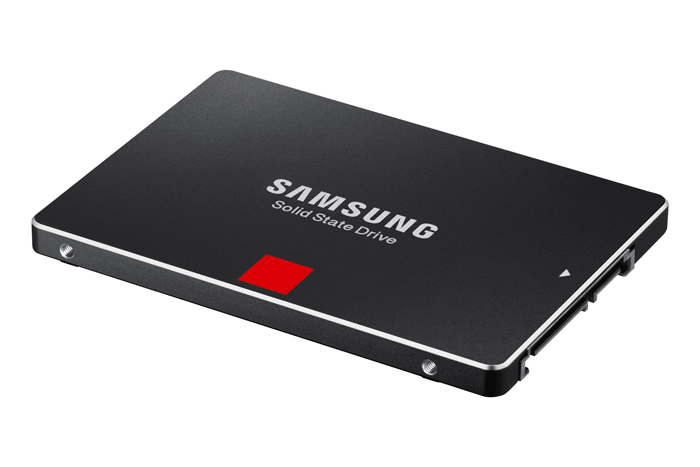 Opening a 2GB Revit file, for example, is not noticeably faster with a PCIe SSD. In fact, disk I/O plays a relatively small role in this operation, so the benefits of having fast storage is negligible. The CPU does the lion’s share of the work as it has to work hard uncompressing the RVT file.

PCIe SSDs come into their own when large amounts of data need to be shifted around quickly (think tens or even hundreds of GB). They can become even more important when datasets swell and become too big to be held in system memory (RAM). When this happens uncompressed data needs to be moved in and out of temporary swap files that reside on the SSD and the higher bandwidth helps.

In the professional space there are a few workflows where PCIe SSDs really show their worth. Video editing is the big one, but for design and engineering, complex simulation and point cloud data processing are two other prime examples.

Straight to the point

Processing this data needs a powerful workstation. To test out exactly how important fast storage is we enlisted the help of specialist software developer LFM Software. The company’s LFM Server product is optimised specifically for point cloud processing and can be used to convert, register and manipulate exceptionally large models.

LFM has long recognised that SSDs deliver exceptional performance benefits over HDDs but we were both interested to find out exactly how beneficial PCIe SSDs were to common LFM Server worfklows. 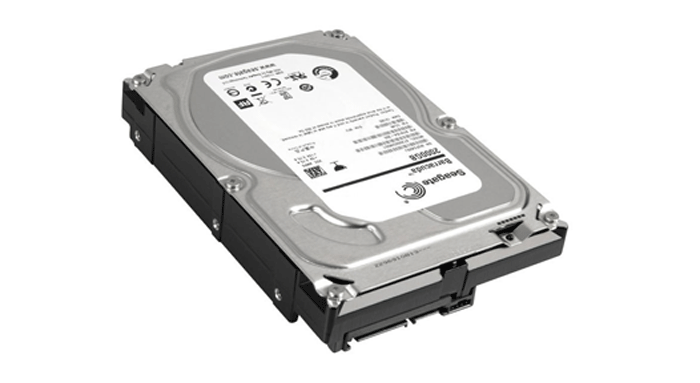 The random read/write speeds do not vary as much between these two drives, as this has less to do with the PCIe interface and more to do with the drive itself. See box out page 21 for the full specifications.

LFM identified three point cloud processes that it thought might benefit from fast PCIe SSD storage. We recorded the time taken for each process to finish and ran the tests multiple times. Let’s look at each of these in turn. 1. Scan conversion Point clouds are usually saved in the laser scanner’s native format so need to be converted before they can be worked on in LFM Server. For this test we took 17 native files from a Faro laser scanner, each around 100-200MB in size, and sent them off for batch conversion. Disk I/O only accounts for part of the conversion process as the CPU gets stuck in, processing each scan before writing files out in LFM Server’s native formats. LFM’s software is optimised in that it automatically assigns each file conversion a dedicated CPU core. One CPU core is left free for the system and application so with our quad-core processor (eight threads in total with Intel HyperThreading), seven files can be processed at the same time.

The PCIe OCZ RevoDrive 350 showed a small, but significant benefit here, around 20% faster than the SATA drives. However, because a lot of the work is done on the CPU, having a faster SSD can only reduce the overall time by so much. The Samsung SSD 850 PRO proved faster than the Samsung SSD 840 EVO, probably because of the way the Samsung SSD 840 EVO buffers write requests (see tinyurl.com/AECEVO). Interestingly, the Seagate Barracuda HDD is only slightly slower than the 840 EVO as it can still deliver some pretty decent read/write speeds. 2. Dataset generation Once the files have been converted they all need to be brought into a single project file for dataset generation. This involves a lot of separate read/write tasks, which often need to occur at the same time so LFM has traditionally recommended that source, intermediate and final point cloud files are stored on three separate drives.

However, for the purpose of our tests, and to get a direct comparison between the drives, we put all three file sets on the same drive for each test.

The Seagate Barracuda HDD performed very badly at this task. It has to continually read and write data so the drive head spends a lot of time moving across the rotating disk platter.

There is a benefit to the OCZ RevoDrive 350 but it is less pronounced than in the scan conversion test. We think this is because the Samsung drives are also very good at random read/write performance, but without deeper investigation we cannot say for sure. We were also interested to learn if there was a performance increase when saving the datasets onto three individual SSDs, as recommended by LFM. Interestingly we saw no benefit in doing this. It is clear why LFM recommends three separate drives if you only have HDDs, but as modern SSDs are so good at handling random/read write requests it does not seem necessary if you can afford a single SSD drive with a decent capacity. 3. Volume selection As point cloud datasets can swell, LFM Server initially loads them at a reduced resolution. It is only when you select a volume of particular interest that the system loads up the full dataset to reveal more detail. The results were pretty flat on this test, showing a small benefit for SSDs in general but not between the different drives. 4. File copy This is an additional test, not specific to LFM Server, but one that really shows off the true potential of PCIe-based storage. It simply involves copying and pasting 22GB of LFM data with Windows Explorer: some large files and some small.

The PCIe OCZ RevoDrive 350 wins hands down as it boasts significantly more bandwidth than the SATA 3.0 Samsung SSD drives. The Seagate Barracuda is way off the pace as the drive arm needs to move between every read/write operation.

With point cloud processing, or indeed any other workflow where you might be writing hundreds of GBs per day, drive endurance is an important consideration.

SSDs are typically rated in terms of the amount of data that can be written over their lifetime — Tera Bytes Written (TBW). This can also be expressed in terms of GB written per day, tied into a warranty of a set number of years.

Endurance is where you typically start to see the difference between consumer- and professional-focused SSDs.

The OCZ RevoDrive 350 is rated at 50GB of writes per day over a three year warranty period, whereas the Samsung SSD 850 Pro takes things up a level with 40GB per day over ten years.

Samsung does not publish TBW figures for the 840 EVO but it is likely to be considerably less than the Samsung SSD 850 PRO. The 840 EVO comes with a three-year warranty.

It is highly unlikely that your drive will suddenly stop working when it hits its rated level of drive writes, but those who write huge amounts of data may wish to consider an enterprise-class SSD, usually deployed in data centers.

OCZ has a couple of enterprise-class PCIe SSDs in its portfolio, including the Z-Drive 4500. Prices start around £2,000 for an 800GB model. It also offers enterprise class SATA SSDs, including the Intrepid 3000.

Samsung recently launched an ‘affordable’ datacenter-class SSD, based on the 850 PRO. The 845DC Pro costs around US$800 for the 400GB model. The 845DC Pro is rated at ten entire Drive Writes Per Day (DWPD), which equates to 4TB in the 400GB model, 8TB in the 800GB model — a colossal amount for even the most demanding workstation workflows.

There is little doubt that PCIe SSDs can deliver big benefits over SATA SSDs in some workflows. For pure file copy operations they win hands down and, anecdotally, we have heard of big performance gains in video editing and complex engineering simulation.

However, in many real world CAD/BIM workflows, particularly when there is a combination of CPU and I/O operations, the benefits are far less pronounced. Sometimes there are no benefits at all.

There are also many firms that work with much larger datasets, which sometimes cannot fit into system memory. This should increase the importance of fast I/O. When SSDs started to displace HDDs as the primary workstation drive it was one of the most important transformations in years. Suddenly workstations felt infinitely more responsive, due to random read/write performance going off the scale. But this was down to a fundamental shift in storage technology from a mechanical to digital system. 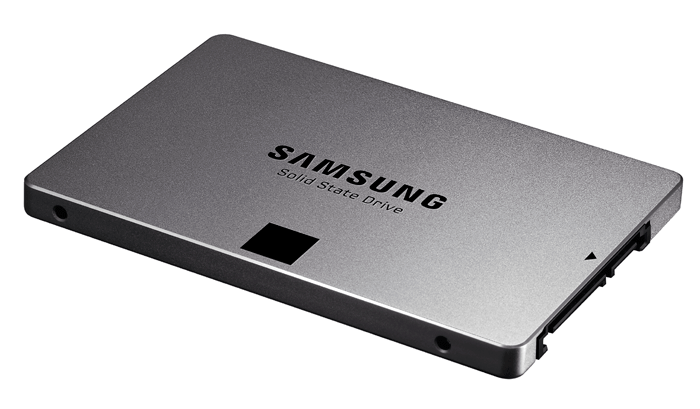 The move from SATA to PCIe SSDs is far less dramatic so our closing thoughts would be — do not get blinded by the breathtaking read/write performance figures. Make sure you understand your workflows and apply your workstation budget accordingly. PCIe SSD storage still comes at a premium so you will want to make sure you are getting the most of your investment.