On paper, the SSD X5 stands out for its ability to read / write large files very quickly. It offers a read speed of up to 2,800 MB/s, which is up to 5.2 times faster than the widely used SATA interface portable SSDs and up to 25.5 times faster than external HDDs. The drive also boasts a maximum write speed of 2,300 MB/s. According to Samsung, this enables users to transfer a 20GB-sized 4K UHD video in just 12 seconds.

The X5 features a full-metal body with a glossy finish and non-slip bottom mat. Samsung says the shock-resistant internal frame and rugged metal housing can withstand accidental drops of up to two meters. The X5 also offers data protection with ‘Samsung Portable SSD Software’, based on the AES 256-bit hardware data encryption, including optional password protection. 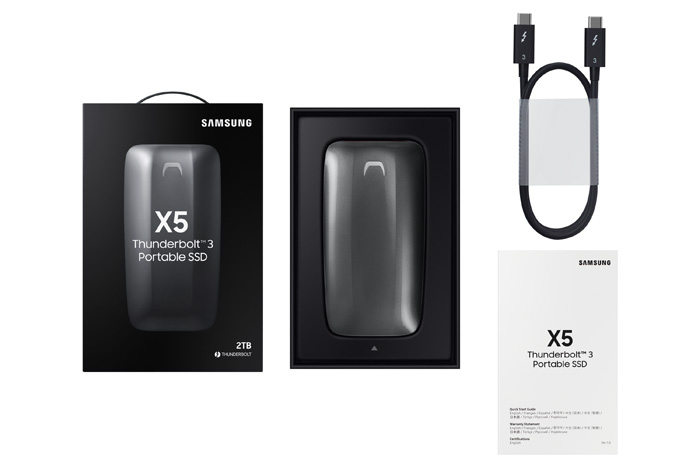