Previous research into Augmented Reality (AR) at Bentley Systems has focused on giving workers X-Ray vision to see utility pipes in 3D beneath the surface of a road. But if the exact depth of the pipes is not known, as is often the case, displaying them at the wrong depth could mislead the worker.

Bentley’s resident AR/VR expert Stéphane Côté has been leading an R&D effort to explore the benefits and practicality of displaying 2D pipes onto the surface of the road instead.

Côté’s team started by creating a reality mesh of the area using ContextCapture, then projected pipe maps vertically onto the mesh. On site, using the Microsoft HoloLens, the mesh was aligned with the physical world using pre-defined tie points.

Next, the mesh was removed, leaving pipe maps directly projected onto the road surface. The resulting application, says Côté, can be used to find pipes, mark their position and quickly locate valves.

Côté explained that, thanks to the accuracy of both the Hololens and the ContextCapture meshes, projecting pipe maps directly onto road surfaces might turn out to be a reliable method for displaying pipe location.

Of course, the accuracy of the augmentation depends on the accuracy of pipe maps themselves, which is not always great. But Côté explained that such a tool might also facilitate the update of pipe map records as, when it came to objects like manhole covers, it could clearly show the difference between the map and the reality. The user could then highlight the difference on site and update the database accordingly.

But what about buried pipes? Côté’s team has also been doing research into how to capture the exact position of pipes every time a road is dug up for maintenance work. While ContextCapture is perfect for this, Côté acknowledged that the method has to be quick and easy so as not to delay excavation work.

The solution was to attach some GoPro cameras to the excavator boom via a custom rig. The videos were then fed into ContextCapture to produce a mesh showing pipes, as well as surrounding manholes and drains.

Côté concluded that this process could be used to progressively update pipe maps during regular maintenance work around a city. 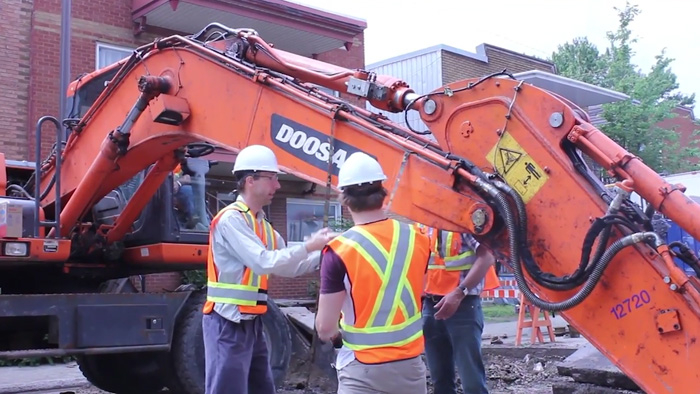 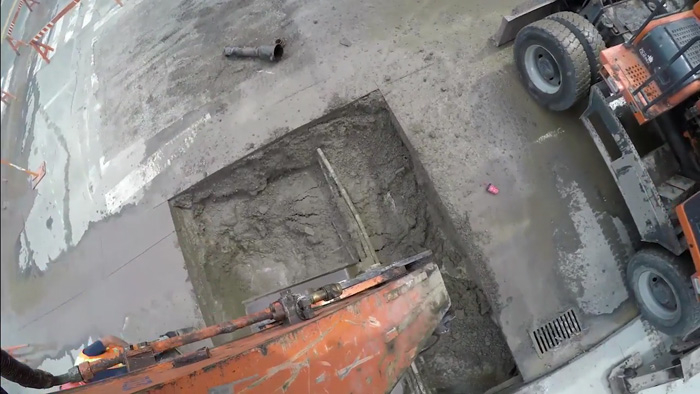