Last year, we posed the question – is BricsCAD BIM a potential Revit killer? With Bricsys now under the umbrella of Hexagon, AEC Magazine attended the company’s annual conference in Stockholm to see how the software has progressed

In 2018 Bricsys was acquired by the Hexagon group, a seriously big player in the laser scanning and process plant sector, owning brands such as Leica, MSC and Intergraph. The ambitious small CAD developer from Ghent in Belgium had found a seriously big backer to secure its future.

The decision to acquire came from Hexagon’s plant division, as Bricsys provides an in-house alternative platform to AutoCAD, on which its CADWorx Plant design product was built to run. Also, there was an obvious opportunity to have an AutoCAD-compatible CAD system in the market, when Autodesk was forcing subscription on its customers.

To be honest, the Bricsys CAD offering is a bit of mind warp. The company was primarily known for developing an AutoCAD clone, or as it prefers to call it a ‘cyclone’ and, as CAD modellers go, it’s actually very good. AutoCAD users will find it familiar, from the keyboard shortcuts to LISP and DWG compatibility. However, Bricsys has long since surpassed the core AutoCAD functionality and added a raft of new powerful drafting utilities – and continues to do so each year.

Using this platform as a base, Bricsys has developed a unique BIM offering which uses ACIS solids and Artificial Intelligence (AI) to turn the traditional ‘Lego’ build through components paradigm on its head. Designs start with no intelligence; the user just models the geometry, so a building has the required shape and layout, then makes holes for windows and doors and types in ‘BIMify’. Next the AI automatically ‘finds’ the walls, doors, floors, windows, columns etc. in the model and applies IFC tags to them.

Architects don’t have to worry about using the right components – it’s like massing model to immediate BIM model. It also does site topology design. It costs €1,180 for a perpetual licence (approximately three months subscription for a single seat of Revit) and BricsCAD BIM also comes with the DWG compatible drafting engine.

Bricsys doesn’t stop at DWG and BIM; it also has developed a very powerful and low-cost 3D mechanical application, along the lines of DS Solidworks and Autodesk Inventor, which also offers comprehensive sheet metal folding / unfolding. There’s even a cloud-based collaboration portal.

In BricsCAD V20, work continues on the core BIM modelling tool. There’s support for IFC 4.0 and better support for BCF (BIM Collaboration Format). There’s a new tool which can automatically generate stairs between floors and the addition of a shell command to make solids hollow. Elevation views are now generated with automatic hatching and materials can be copied and applied quickly throughout the model. Point clouds have been reworked with direct support for common formats including RCP and RCS. All good solid stuff and, of course, there are also lots of 2D enhancements which can be seen here. 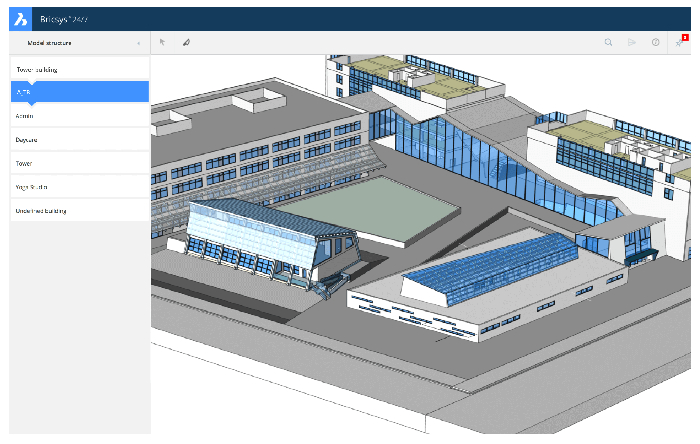 Major improvements are to be found in the parametric propagate tool. This AI-powered utility makes it possible to parametrise and save defined details in the library for their future re-use at any time, in any model. Once a detail is defined, the software can go and look through the whole BIM model, find other instances, then automatically apply the same detail. You can also press an animate button, which will move the geometry back and forwards in situ, so you can check that the detail performs as you would expect in variations. 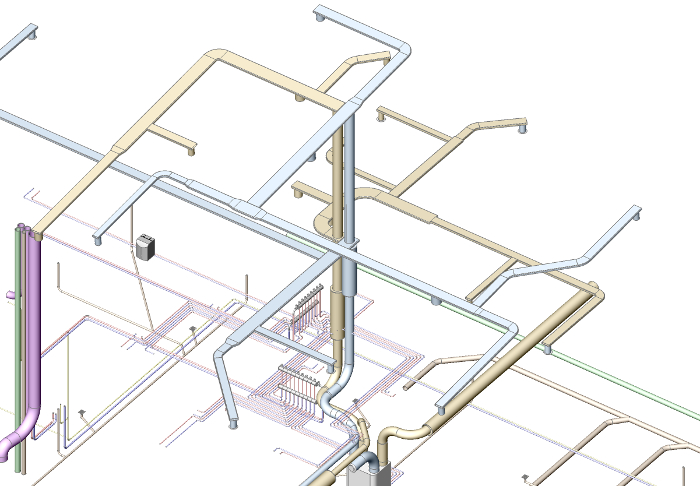 Site tools have been massively beefed up with support for Triangular Irregular Network (TIN) surfaces, grading and alignment. One wonders where Bricsys intends to go with this; it’s almost as if it was going to attack the civils market! In fact, it is, but through a number of third-party developers.

Bricsys 24/7 is the company’s cloud-based Common Data Environment (CDE) collaboration portal for teams working on projects. This year, 24/7 was made free to all those on maintenance / subscription. Not content with developing for all verticals at once, Bricsys is also producing its own VR walkthrough tool. On stage at the company’s annual conference we saw fly-throughs of a massive point cloud of Knokke, a seaside town in Belgium, running on a €500 Windows tablet. This was a 1 terabyte data file of around 25,000,000,000, points. We also saw a 1/2 terabyte point cloud file of a cathedral sampled at original resolution. The technology reduced resolution when moving, and then filled out to full resolution from stationary viewpoints. The aim is to get this technology working on a phone with any point cloud size. 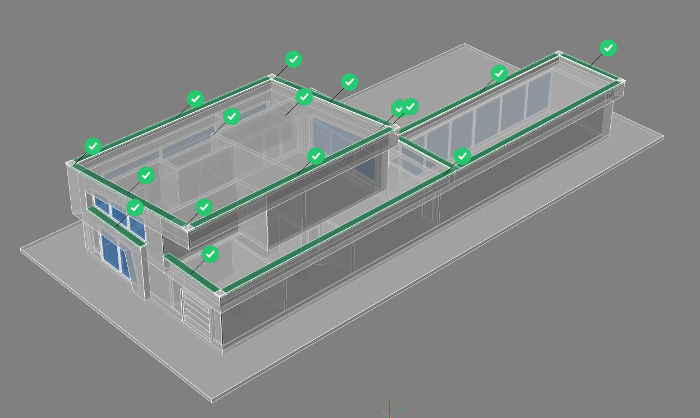 Probably one of the most exciting additions is new support for McNeel’s Rhino and Grasshopper, bringing generative design to the BricsCAD platform. On stage, we saw the Grasshopper plug-in used to design a fully parametric canopy and update through a number of different permutations in real-time! Once the design was ready, it was “baked” back into the model and made available to edit in BricsCAD, complete with BIM data.

With the release of the (work in progress) Rhino Inside, Rhino can now work inside most design apps including Revit, Unity, Unreal, Blender, SketchUp and AutoCAD. Developers such as Graphisoft have established especially deep links with Rhino too. Rhino is the lingua franca of geometry between applications. However, when mixed with Bricsys technology there is a unique capability.

As Rhino can extract meshes from pretty much anything, it’s now easy to get these into BricsCAD. Then, once inside, it’s possible to use the BIMify command to add BIM intelligence to dumb data. So, if you are an architect that works in 2D, and have historically had a model made for visualisation, it would be possible to get the mesh into BricsCAD and to turn that into a BIM model. Ideally the geometry would not come in one giant connected mesh, but Bricsys CEO Erik de Keyser assured us that the company also has tools for this. This in itself is quite mind blowing and has the potential to change the way we think about dumb data – it doesn’t have to stay dumb anymore.

De Keyser made clear the company’s intention not to compete with third-party developers and has been actively romancing Autodesk’s third-party developers to come and port their apps to BricsCAD. The attraction is that the combined price of third-party applications on top of perpetual licences of BricsCAD will look like a bargain compared to ongoing Autodesk subscriptions. The Collective is the Bricsys term for its development community. This year, Enscape and AX3000 join the fold, the former offering near instant photorealistic architectural visualisation and the latter a professional 3D HVAC-solution for Energy Certificates and Simulation.

Bricsys has an impressive Russian mechanical development team headed up by Dimitry Usakov. While I won’t go into detail of the mechanical prowess, the one thing worth noting here is that, on stage, Usakov demonstrated the design and automation of a complex escalator assembly. In the previous demonstration of BricsCAD BIM, the model of a train station included versions of this escalator. It turns out that these escalators were, in fact, full 1:1 accurate, manufacturable solid models. The performance of zooming, panning and exploring the model was not impeded by what surely would be a large, memory- and graphics-hungry mechanical assembly within the BIM model. 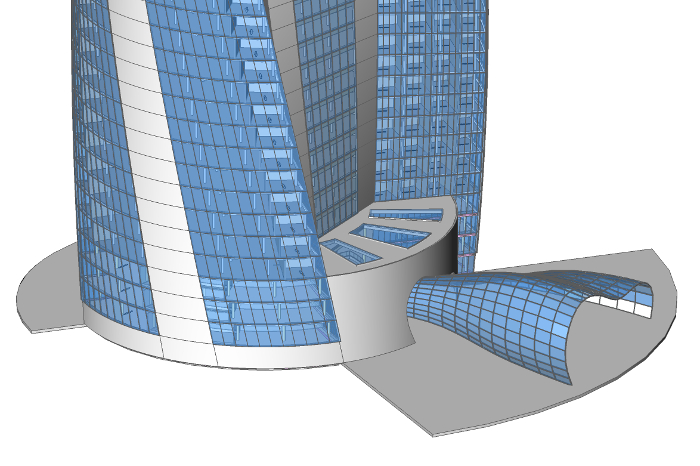 So why is this important? High model details kill nearly all other BIM modellers. In BricsCAD, the two can sit side-by-side, making the software an interesting choice for those looking for an architectural tool which can also be used in projects that will end up being digitally fabricated. The software’s ability to handle large amounts of data in both the millimetre and kilometre range is another super-power.

At the event, Bricsys, Leica and HOK announced that they would be working together to have a crack at delivering on the promise of ‘Scan-to-BIM’. While Scan-to-BIM is talked about of a lot, it’s not actually possible without a lot of manual work in the ‘to’ part of the equation. De Keyser thinks that, with the BIMify AI, it should be possible to deliver something that is more useful than point clouds or meshes. The concept is to scan the exterior and interior of a building and then use almost the inverse of BIMify to allocate the voids between the scans to BIM components.

Internal floors and ceilings define the planes, and windows and doors could be identified through analysis of the images. There will obviously be issues with false ceilings and floors and other voids specifically in older buildings, but this process should drastically speed up the time from scanning to actually having a model and save designers the pain and living hell of working with point clouds in their BIM environments.

De Keyser also stated that the company was working hard on expanding its BIM offering to include structural and MEP elements. Given the way architectural models are generated, we are looking forward to seeing how that’s implemented. We can only imagine the forthcoming Structify and MEPify commands

Bricsys certainly has the development team running at full-stretch and the product is fleshing out dramatically year-on-year. While this velocity is great to see, the challenge will come in building out a reseller channel. Obviously, the software can be bought and downloaded online, but resellers know where customers are, and this is a mature replacement or companion seat market.

I know of one Autodesk reseller who tried to take on Bricsys, in addition to AutoCAD and AutoCAD LT, and set up a sales channel for BricsCAD. But the reseller then felt the full force of Autodesk’s legal team in response, having its contract to sell Autodesk products removed and then reinstated. Autodesk distributor and reseller Mensch und Maschine was down as a Bricsys event sponsor, but I can’t see any of Bricsys’ products on its website. Getting a channel will be hard, so maybe it will have to be direct and through word of mouth.

Bricsys’ development team continues to impress, adding more intelligence and unique solutions to its BIM alternative. The support for Rhino and Enscape makes it a viable tool for advanced architecture firms. Rhino’s geometry sorcery in getting geometry from other CAD products, when put in combination with BIMify AI, opens up a whole new world for dumb meshes and integrated workflows.

The presence of HOK at the event was also an interesting endorsement. While cautious, HOK is liking what it sees in the development direction of Bricsys and has decided to get involved with exciting development initiatives such as the announced Scan-to-BIM partnership. A real Scan-to-BIM tool would revolutionise surveying and dramatically speed up the process of getting as built environments.

With many firms looking for tools which cover both AEC and manufacturing, to help bridge the gap between BIM and digital fabrication, BricsCAD appears to have a unique position – it does both, on a platform that’s familiar to millions of AutoCAD users! This could be yet another direction in which Hexagon may wish to take the product, as buildings turn into manufacturing assemblies and there are as of yet no single BIM-to-fabricate tools.