Everyone in construction knows that data between design office and site is often lost, inefficiently recreated, or does not flow at all. There’s still a huge mountain to climb. A new technology-agnostic joint venture from Bentley and Topcon is here to help

The fundamental problem that the construction industry faces is its tendency to deal with low hanging fruit — focussing on islands of automation and not addressing the fragmented workflows that continue to exist between the design office and construction site and vice versa.

That was the message from Topcon CEO Ray O’Connor, speaking at Bentley Systems’ YII event in Singapore last month. And it’s one we’ve heard before. Bentley and Topcon have been banging the ‘constructioneering’ drum for three years now.

While the two companies have made good progress in technology development, not least linking their two cloud platforms (Bentley ProjectWise for engineering project collaboration and Topcon Magnet Enterprise for construction execution), bringing new efficiencies to the construction industry is not going to be solved by technology alone. There continues to be a huge challenge in terms of education and culture.

The true scale of this became clear when Bentley and Topcon opened their ‘Constructioneering Academies’, that bring together engineering firms and contractors with a view to teaching best practices in integrated engineering and construction.

“It was shocking that they didn’t know what each other did, and how they did it,” admits O’Connor. “From a macro standpoint, absolutely yes, but from a practical standpoint they didn’t understand, so you’d go back to your office and just focus on the work that you had and not necessarily how to help improve that workflow.”

The Constructioneering Academies have now been running for several years with hundreds of contractors, engineers, surveyors and asset owners attending the one-day events. There are eight sites around the world, from five to thirty acres in size, with a whole smorgasbord of technologies on show from machine control devices, scanners and total stations, to reality modelling and cloud services. The aim is to help improve construction execution and reduce project costs by automating the digital construction process through surveying, engineering design, constructible model development and as-built data collection within a connected data environment.

Ulrich Hermansk, chief marketing officer at Topcon Positioning Group, believes that the academies are all about getting the people of execution and design together in a room to talk. “We were acting like a moderator,” he says.

While the academies continue to raise awareness about the potential of constructioneering, Bentley and Topcon have acknowledged that many firms need more help than they could ever get from a one-day event. So last month the two companies launched a joint venture called Digital Construction Works (DCW) which will offer these firms in-depth consultancy.

DCW draws on Topcon’s expertise in surveying, on-site execution and the capture of as-built assets, and Bentley’s knowledge of engineering design, project information management and asset maintenance. This will be combined with fresh R&D from a dedicated Labs unit, as well as essential direction from major firms in industry.

DCW is an independent company, which Harry Parnell, head of digital project delivery for Balfour Beatty describes as ‘the only end-to-end construction solutions service provider’. The process starts at planning and construction but goes all the way through to operations and asset management.

The key aim is to help firms automate and optimise construction operations by connecting disparate tools and workflows. It’s all about the delivery of real-time dynamic data.

There are four areas of focus: construction modelling (4D/5D), advanced work packaging, digital twins (which we cover in detail here). and continuous, automated surveying through drones, photogrammetry and laser scan. 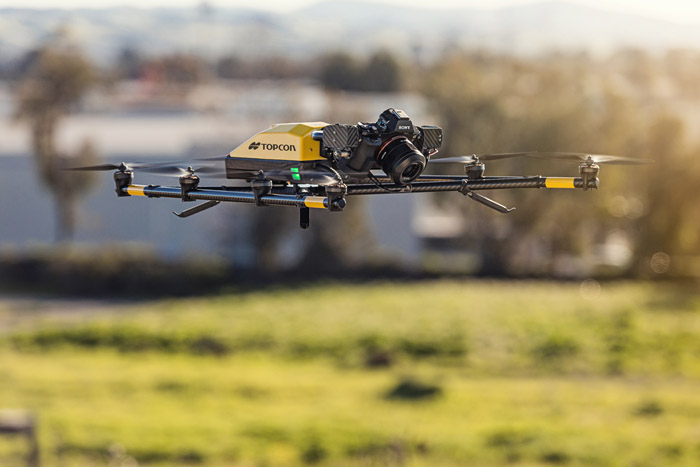 Fast and continuous site surveying is one of the cornerstones of constructioneering and key to keeping the physical and digital model in sync. But in terms of data processing and data flow this presents a major challenge and is a continual focus for the DCW Labs.

“If you want earthworks volumes and productivity mapping, you can’t wait a week to get the data processed. And that really was one of the births of the DCW project,” explains Stilgoe, adding that it’s not practical to put 50 surveyors onto to a project to get the result, because the data can’t be processed quick enough.

“There is currently a gap where we want to get the data from sites back to the office in a much quick and efficient manner,” says Balfour Beatty’s Parnell. “Real time is a word which has been used quite a lot at the moment in time. But with these large file formats and with these large datasets, can we actually get real time?”

Bentley and Topcon are keen to stress that DCW is not a sales outlet for their products. In fact, DCW is technology-agnostic and is not limited to working with Bentley and Topcon solutions, although it faces a big challenge in conveying this message to industry.

“It’s looking at the challenges of projects or specific customers and saying, OK, lab guys, you know, you’re the geeks, go work it out, put in all the pieces you need to. When it’s working, we can then go to the customer and say these are the right things you need to go and get,” says Stilgoe.

Of course, Bentley and Topcon will also benefit in other ways, by getting a direct line into industry, as Ted Lamboo CEO of DCW explains, “Anything that leads to an improvement in how we can industrialise or standardise, if it has to do with Bentley or Topcon products, we would feed them back to Bentley and Topcon, let them improve the workflows, improve the technology, so that will serve a bigger audience.”

DCW currently has 50 staff, split evenly across North America and Europe. The projection over the next two years is to increase that to around two hundred, but it is not the intention to grow significantly larger.

“[DCW is] not trying to be a service company that’s a multimillionaire engineering house,” says Stilgoe. “We’re not trying to achieve that. We’re trying to enable the industry to do what it’s capable of.”

The company will be supported by a network of service providers, as Stilgoe explains. “So, you know, this core, the lab is a big chunk of what DCW is. It’s the proving ground. Now, if we get a contract that says we need a laser scan in 30 different countries and I need a 30km highway sample set, you know we’re not going to do that with the lab guys — that would be a waste. We’re going to outsource that to a network of partners.

“Most of these big companies have big digital departments now, but they’re pulling every piece they can find themselves, they’re doing a lot of, what you might say, inside R&D. We have a lot of that already, so if we put it together, we can help them much faster, that’s the goal of the project.”

Few would deny that the premise of constructioneering is sound, but it’s proving a difficult sell to an industry stuck in its ways. It’s not just about technology; it’s about fundamentally changing the way the construction industry works. Everyone knows there are huge inefficiencies, and something needs to be done, but not necessarily how to get there.

DCW is a smart move from Bentley and Topcon as it gives the technology firms an independent entity to help solve these challenges head on at the heart of industry. Lessons learned will also help drive future software development, so there are downstream benefits too. All of this will no doubt help turn the ship, but when you’re talking about construction, it’s a very big ship to turn.

The heavy hitters behind DCW

Looking at the personnel that are heading up the new joint venture it’s clear that Bentley and Topcon are taking DCW very seriously, particularly as their core businesses could also be negatively impacted by losing key staff.

DCW is led by CEO, Ted Lamboo, who most recently served as senior VP of strategic partnerships at Bentley. The COO is Jason Hallett, formerly a Topcon VP responsible for global software business development and digital construction initiatives. Other heavy hitters include Tom Dengenis, former chief executive for Synchro and Bentley’s VP of global accounts, Susan Brandt, who will serve as vice president of business development. 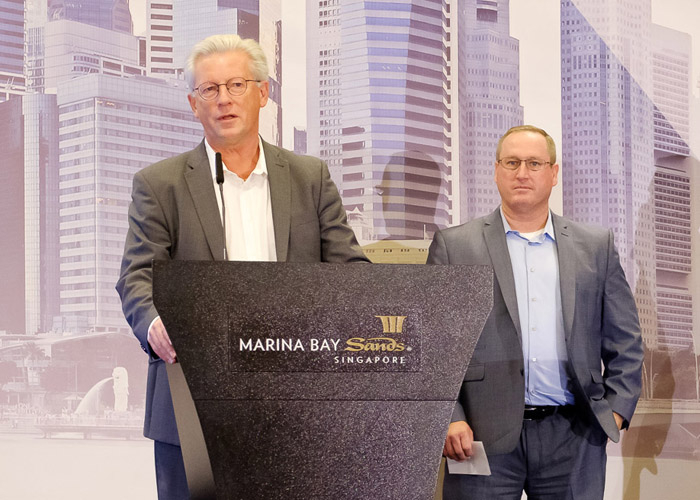 “We decided together that we needed to take the best people in the industry that have the knowledge of everything, from planning, through survey, through design, through execution, through inspection, to bring the best talent in the world together and form this Digital Construction Works,” said Topcon CEO Ray O’Connor, speaking at the launch in Singapore.