Securing planning permission to build in open countryside seemed like an impossible pipe-dream for husband and wife team Chris and Helen Seymour-Smith, especially when they wanted to build on the site of a tumbledown barn precariously perched on a hillside in the Cotswolds — an area of outstanding natural beauty. But the couple pulled a rabbit out of the hat and gained special planning permission to build a house of “exemplary architectural merit” underground.

Chris and Helen Seymour-Smith gained special planning permission to build a house of “exemplary architectural merit” underground in the Cotswolds, an area of outstanding natural beauty.

The Cotswold Hills rise gently west from the broad, green meadows of the upper Thames to crest in a dramatic escarpment above the Severn valley and Evesham Vale. This is rural England at its most mellow where the landscape draws a unique warmth and richness from the famous Jurassic limestone beauty of its buildings to give the Cotswolds their distinctive character and an underlying unity throughout the area.

Like it or not, this beautiful tapestry pretty much guarantees that new buildings must follow suit, all but eliminating any opportunity for introducing ‘modern’ structures or materials to the landscape; unless of course you go underground like the Seymour-Smiths. Their sub-surface strategy, however, was not without risk and came with its own unique challenges. 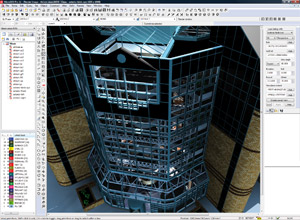 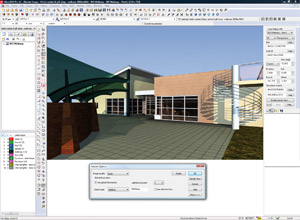 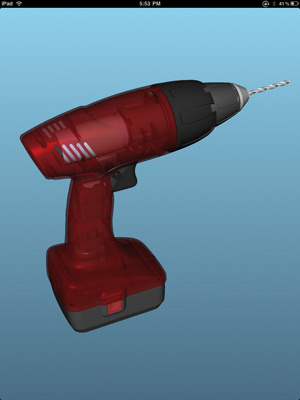 First the ‘must keep’ barn structure located directly above could topple at any time, and secondly, to complicate matters further, Helen Seymour-Smith (playing the role of architect and project manager), was determined that her dream home would become the first accredited passive house (www.passivhaus.org.uk) in England; two substantial challenges which raised the stakes from the outset.

Put yourself in their shoes: You are the project architect and project manager for the construction of your own grand design — that raises the emotional game considerably. It is also the most complex project you have ever done and even though your budget is ample at £600,000 every penny is already accounted for, so there is no room for error.

Now consider this: You are about to confirm an expensive order for a vast number of precast concrete wall panels that have a long lead time and allow for zero on-site alterations to accommodate any errors. Long before they arrive, the concrete team is due on site to pour the foundations and slab, and you do not get two goes at getting that right either. Getting either wrong could delay the project by weeks, raise the cost above affordable levels, and perhaps more importantly put at risk the coveted PassivHaus status.

So seeing the volume of complex reinforcement (the intricate mesh of steel bars), which is manually bent and woven into place on site to reinforce the poured concrete slab, and the extent of timber formwork used to contain the poured concrete while it cures, Mrs Seymour-Smith feared that any part of it could easily be out of position by the smallest margin, which would cause all manner of problems for her schedule and budget.

There is an old saying in the building game, ‘measure twice, cut once’ and that is exactly what Mrs Seymour-Smith did when her dream project was showcased for all the world to see on Channel 4’s

Grand Designs TV show. Keen to eliminate her exposure to risk, Mrs Seymour-Smith turned to 3D laser scanning — a still relatively new technology — to accurately measure the size, shape, and location of the formwork and reinforcement.

“After only three seven-minute scans [taken from different positions] using a Faro 3D laser scanner, we had a complete 3D point cloud model of the site,” Mrs Seymour-Smith said. Then using the Pointools plug-in for AutoCAD, she combined the accurate 3D point cloud model with her detailed design model inside AutoCAD Architecture to compare the ‘just-built’ items with the ‘as-designed’ model.

This was particularly vital for the ply box-slots around the slab edges that the pre-cast concrete wall panels would sit in. Mrs Seymour-Smith explained the risks they faced: “Had we got this wrong, the concrete wall panels simply would not have fit — and unlike a bit of wood, concrete panels such as these can not be reshaped on site.”

The cost of getting it wrong would have been immense. At best, the team would have been forced to cut into the floor slab, compromising its structural integrity and wasting precious time and money. At worst it would have been a case of starting over.

Of course nothing went wrong. The 3D point cloud model confirmed that all was good; the work already done on site was spot on and the concrete pour went ahead as scheduled. The pressure was off, the risk of errors eliminated. Sometime later, the concrete wall panels arrived on site and slotted into place perfectly.