With eight staff across three offices, MVL Architects and Surveyors has implemented practice management software from Synergy to make sure its whole team knows what’s going on, with every project, at any time

As director of MVL Architects and Surveyors, Chris Lelliott takes a keen interest in making sure that the multidisciplinary design and surveying practice deploys exactly the right mix of technologies it needs to deliver real value for the customer.

With the business now looking to expand its commercial portfolio, diversifying from its established track record in domestic residential projects, practice management software will be an increasingly important part of that picture. It’s not something that the business, which employs eight people in offices in Surrey, Hampshire and Cardiff, has invested in before, Lelliott says:

“We have been working with old-fashioned spreadsheets to sort out what has been going on in the practice, who is doing what, and we have many meetings to keep track of what is happening.”

The goal now, however, is to move away from this scenario and establish an environment in which key business software applications – including practice management and accounting applications – are able to ‘talk’ to each other and create similar efficiencies to those seen in BIM projects.

Here, MVL has some experience, having moved from CAD to BIM when Lelliott joined the practice in 2002. “We’ve been working in BIM with Archicad ever since,” he says. “We’re already of the mindset of communicating with one another on model-based projects inside BIM and [understanding] how we can share information.”

What’s been missing, however, was technology to organise the day-to-day running of projects, communicating with clients, invoicing and keeping track of expenses and timesheets.

That has to change as the business expands its focus, according to Lelliott. “With the commercial side of things, there are a lot more stakeholders in each project, at which point, communication becomes much more important,” he says.

Being able to localise that in one place is going to be extremely important. “It is something that we’ve found with just our standard domestic residential work as well – it’s still a headache to try and collate everything together and make sure everyone knows what’s going on.”

“There are often two or three people working on the same project at the same time, and they still need to be able to talk to one another separately with regards to time, costs and expenses on the project. Our BIM software doesn’t deal with time, cost and expenses.”

At the same time, MVL is moving its accounting to software-as-a-service provider Xero – a good fit with its choice of Synergy for practice management, as the two programs are tightly integrated. Says Lelliott: “It was easy to say, ‘Well, great: these two programs are going to talk to one another and we’re not going to have this hassle of double entering and bookkeeping between two separate systems. That was really important.”

So how will these choices help the practice overcome the new challenges it will face as it expands and, hopefully, grows as a business?

One of the most significant challenges, according to Lelliott, is communicating with clients – keeping them involved and up-to-date on exactly what’s happening at various stages of a project. Synergy’s project portals and document sharing features will be a big help in this respect.

“It’s not just us involved in a project,” he says. “It’s structural engineers, mechanical and electrical consultants and everybody else. We have to communicate with a broad set of people and businesses to remain accountable for the project and to keep the client informed.”

It’s important, too, to communicate MVL’s ethos of sustainable design. Technology helps here as well. It’s about enabling the delivery of zero-energy buildings and adding value where sustainability is increasingly built into the psyche of clients, apparently. The decentralised practice, spread over three offices, shares resources and employees can access what they need, wherever they are.

“Synergy and Xero is the next part that was missing in terms of running the practice,” says Lelliott. The cloud-based set-up works well for him, as he splits his time between the Surrey, Hampshire and Cardiff offices, but can access information whenever and wherever he needs it. 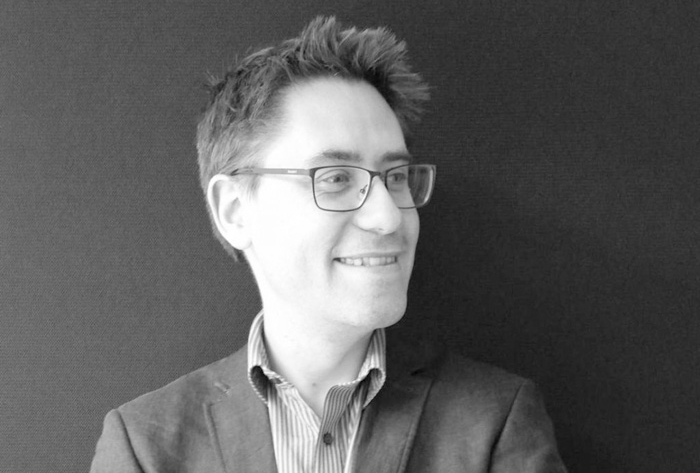 If, as Lelliott suspects, most small architecture practices continue to use spreadsheets and emails to run projects, it may be because it can seem easier to continue with something familiar than invest time and effort in doing something different and unfamiliar, regardless of the efficiencies that a new approach might bring.

Sometimes, however, it’s better to bite the bullet. “The point is that if it takes you ten times as long to do something, even though it is f amiliar to you, is it not worth spending a week or two working out how you can do something much better to save yourself all that time?” asks Lelliott. “That’s the process we’ve been going through. It takes time, but it’s going to pay dividends.”

But firms should choose carefully and only after some thorough road-testing, he cautions. “We’ve been through several trials where we’ve looked at the software and thought, ‘It just doesn’t work for us’.”

“For example, we tried some other workflow-maximising software that claimed it was for architects. It also linked with Xero, but it didn’t suit how we work in terms of multiple fee types on a single job. We sometimes work on percentage contracts, sometimes on lump sums, hourly rates or combinations within one project. It just couldn’t cope with it at all. We tried different workarounds to get it to work, but decided it just wasn’t for us.”

With Synergy, he says, “there’s a lot of information you have to put in, but it’s evident that taking the time to get that right means you’ll get the best information out the other end.”

The introduction of Synergy and Xero will be key to keeping MVL ‘working as one’, he says. Cardiff and Hampshire aren’t ‘satellite offices’ of Surrey, he says, but offices in their own right. “We are MVL as a whole and we all work together on exactly the same projects. Because of that, we need to talk to one another constantly, as though we are sitting next to one another. That’s very much how I try to get the practice to work, so that we do know what’s going on all the time.”