3DRG produces a range of architectural models, which are not only durable, but feature the finest of detail and are given an individual stamp through the use of applied colour.
By Al Dean and Greg Corke

3D ReproGraphics (www.3drg.com) produces a range of architectural models which combine the arts of traditional model making and rapid prototyping in a holistic manner. Founded and located in Los Angeles in 2004 by Brian Ehler, 3DRG grew from a traditional reprographics business which serviced the printing needs of local architects and engineers and specialised in oversized printing.

In 2002, Ehler was introduced to 3D printing by one of his architectural clients. ýHe told me there was a printer that would take an AutoCAD files and print it in 3D,¯ explains Ehler. ýNot being familiar with rapid prototyping I wasnÝt sure what he was talking about. I initially checked out the Z-Corp machine and I had a demo and I was amazed that you could actually take a digital file and print it. I was sold on the idea of 3D printing that minute.

" Our models arenÝt meant to sit behind a plexi-glass display. The ability to pick up a model and interact with it can make the difference in communicating design "

ýIt just made sense to me that architects could send files and I could deliver a physical model to them.¯ adds Ehler. ýI took the sample from the Z-Corp Machine home to show my wife and business partner, Shelly, and sold her on the idea that I could make this a new business and potentially a new industry.¯

However, despite being impressed with the forms you could create with the Z-Corp machine Ehler soon developed concerns about the durability of the models. ýI was all ready to purchase a Z-Corp machine when the model melted in the car. As much as I wanted to jump into 3D printing I wanted make the right choice of products, thatÝs when I found Stratasys,¯ says Ehler.

Like Z Corp, Stratasys is a specialist in rapid prototyping technology, but instead of using 3D printing technology which deposits resin through a print head it employs a technology called FDM (Fused Deposition Modelling) which was more suited to what Ehler wanted to achieve. ýTheir (StratasysÝ) models are printed out of ABS plastic and created at high temperatures making them sturdy and detailed at the same time,¯ explains Ehler. ýHaving the models built out of ABS plastic gives us ability to create models that are truly interactive and can be handled without the fear of breaking them.

ýOur models arenÝt meant to sit behind a Plexi-Glass display. They are truly a unique and interactive experience. The ability to pick up a 3DRG model and view it can make the difference in communicating the design.¯

For Ehler this added durability of parts was the critical factor and following an evaluation he decided to purchase two Stratasys Maxum machines. He sold his 2D reprographic firm and focused solely on 3D reprographics. 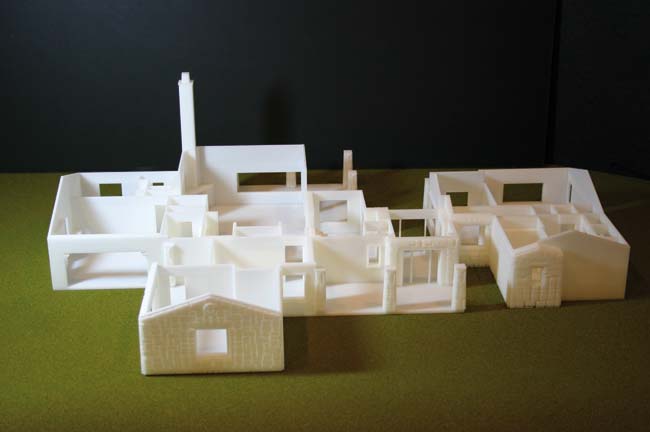 3DRG now offers a range of model making services to architects, home builders and land developers, building anything from a set of single family homes, to mid-rises, multiplexes or even high rise housing units.

ýThe architects that utilise our services have been varied,¯ says Ehler. ýFor some architects, we do complex designs that using traditional modelling would be difficult. For others weÝve created certain features that they will incorporate with their traditional models such as columns or stone work.

ýWeÝve done one off single family homes for the purpose of creating a model for their end customer. Since we have to physically build the model before the construction companies even start we can find errors in the plans and other potential issues.

ýFor the individual home builder they may not read a blueprint well and when they see the 3DRG model they may realise they want to make a change. If this change is caught early in the process they could save in costly change orders that they would incur down the road. A price of $2,500 for a model could end up saving them $25,000 in change orders and construction over-runs.¯ 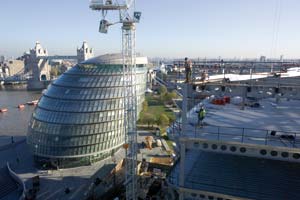 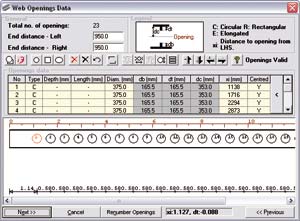 The Stratasys Maxum printers have a build envelope of almost 600mm cubed, one of the largest in the RP industry, meaning 3DRG can build models of an impressive size. This also means that 3DRG is able to add the level of details that clients demand. ýOver the past two years weÝve learned how to incorporate the textures of stone, brick, tiles, and shingles right into the file,¯ says Ehler. ýIt creates a bigger file but the end result is amazing!¯

Colour is also an essential part of 3DRGÝs models, so the decision to go with the single colour Stratasys machines over the full colour Z-Corp units may at first seem an odd one. However, in addition to the relative fragility of the Z-Corp models, Ehler found problems with achieving exact colour matches.

ýThe colour addition of the Z-Corp machine can get colours close to what you need but as with early colour copiers, calibrating the machine to produce colours that are correct can be difficult,¯ explains Ehler. ýI remember when IÝd run a colour copy job for an architect and the colours were off just by a little bit they would send the job back. I canÝt imagine going through that with a 3D model.¯

Instead Ehler relies on a manual painting process which not only enables colour to be matched exactly for individual projects but helps give his models an individual style which is often lacking in other rapid prototyped models.

In order to produce quality models 3DRG needs quality source data and this has been a continual learning process for both 3DRG and its customers over the years. The company has formed a set of guidelines to aid with this process, but no two customers are the same so 3DRG helps streamline and perfect the way each customer creates 3D data.

ýDealing primarily with architects and construction companies, they havenÝt been the traditional companies that utilise rapid prototyping,¯ says Ehler. ýThe issues of file formats in 2D digital printing and 3D digital printing have the initial same problems. To get it to work you need a file that is set up properly. With 2D printing we ran into problems with, file formats, line thicknesses, certain lines dropping out etc. The same issues apply to 3D printing.¯

The problem that provides a continual challenge for 3DRG is dealing with the variety of 3D modelling applications that architects use. ýThere are so many different 3D software packages and they arenÝt all designed for 3D printing in mind. Each program has a new set of issues. Some use faces rather than solids and since we need a single ýsolid¯ model some 3D software packages are less compatible than others. The bottom line is that we need an ýSTL¯ file that is one complete solid model. It needs to be ÙwatertightÝ with no holes. If the walls arenÝt connected completely the model may not build correctly.¯

In addition to using the most suitable program for the job at hand the ease of printing a model from certain 3D programs really is dependent on how the model was created.

ýIf you are creating the files with the intent of printing it in 3D it is easier because you know you need to use solid modelling and make sure that you have one complete solid at the end. You also know you have to make sure that you stitch or Boolean all intersections and you shouldnÝt have any planar holes or reversed normals that would make the file unprintable,¯ explains Ehler. ýOur biggest task is to educate the customer in how to utilise their software best for 3D printing. Some files we get from MicroStation or Revit for example will work with no problem, but others will have to be fixed before we can print.

ýItÝs hard for an end customer see this, so we take the file and check it for our customers and let them know what needs to be fixed. Ideally, they will know if the file will print correctly before they send it. WeÝre in the process of working with Materialise (the developer of Magics STL software) and Stratasys to create a user interface that will solve the question of ýIs my file going to work?¯

However, not all architects use 3D CAD software with many still happy with 2D CAD, hand drawings or even sketches which are used at the conceptual stages of a project where physical models also help guide the design process.

¯We work with two types of customers: customers who have 3D files and customers who donÝt. We can also take a sketch and create an architectural model from that. In fact, most of our models are created from 2D drawings by our CAD team. This makes it easy for home builders and other customers that donÝt design in 3D. We take the 2D files and convert them to ýSTL¯ files. Since we know how our machines build we can take care of all the hard work up front and design it properly.¯

3DRG takes a very different approach to many service providers for the production of architectural models using rapid prototyping technology. The company prides itself on its attention to detail and incorporates textures of stone, brick, and tiles into its models to full effect. In addition, through the use of hand applied colour, 3DRG gives its models an individual look and feel, something that is lacking in many rapid prototyped models. It is these factors coupled with the high durability of its FDM parts that make 3DRG stand out from the crowd and despite being based in the US the company can still offer relatively quick turnaround times (depending on quality of data and complexity of model) and competitive prices, something that is essential in the increasingly competitive architectural model making marketplace.