Adobe has been showing increasing interest in being a key player in the design distribution and technical publications market. The company has just got very serious about 3D CAD.

From talking with Adobe folks over the years, you get the feeling they are totally amazed at how popular PDF is in all design fields. This feeling of amazement is probably because Adobe never really concentrated on providing specific design functionality within the format. With Acrobat Version 6 and 7, the company started to cater more to the design market and enhanced its 2D and 3D capability, together with mark-up/review style features.

However, when Adobe ‘did’ 3D it wanted to have an ‘open’ format and plumped for Intel’s U3D definition. Unfortunately all the CAD vendors bar one, Bentley Systems, went off and developed their own lightweight publishing format, leaving U3D only useful to Bentley customers, or people who purchased additional conversion tools to get their data into U3D. Unfortunately we know you are on a hiding to nothing by trying to get a consensus or agreement on a single format in this industry. There’s a lot of talk of openness and collaboration but this is rarely delivered on outside of a company’s product set.

At the end of January, Adobe came back to readdress the thorny issue of 3D with the launch of Acrobat 3D and the Adobe 3D reader. From what I have seen, it’s pretty clear Adobe understood what it had to do to rectify the format problem and has produced something way above my expectations. Acrobat 3D isn’t just a tool to get 3D data into PDF format, it’s a complete 3D authoring environment for designers and a great tool for creators of technical documents and publications.

Over a year ago, Adobe purchased a French company called OKYZ which had some clever 3D graphics capturing technology. Adobe has used this technology in Acrobat 3D and the company has also done a licensing deal with Right Hemisphere to provide a broad range of CAD file conversion libraries. So, with these two tools embedded in the product, there are actually three ways to get a 3D model into Acrobat 3D.

" All the building blocks are now in place for Adobe to really offer a solution for the management and distribution of engineering content at the file level. "

The first and easiest is to drag the 3D model into an active Acrobat 3D session. The second is a simple right click on the file and selecting the ‘PDF conversion’ option. The third is using the OKYZ clever 3D capture technology which grabs the OpenGL 3D display list of any application and converts it to a PDF. However this will only work when your display is set to use OpenGL. If the application does not support an OpenGL display, you will have to use one of the other two ways of getting 3D in to Acrobat 3D. Also in some cases the OpenGL grabber will capture tools and navigation elements that may be part of the CAD interface, as they may be OpenGL elements. As a result, it’s best to try and minimise their presence while grabbing.

I understand Adobe is working on an ActiveX version of this capture technology and this is probably a good idea as we see OpenGL as being marginalised as the CAD platforms move towards Microsoft Vista, which may only offer limited OpenGL support. Autodesk Inventor is one product we definitely know will be supporting Direct X, Microsoft’s alternative 3D graphics library.

Talking of Microsoft Office, it’s now possible to take Adobe-converted 3D data and insert that into Excel, Word and PowerPoint. With PowerPoint a whole presentation could be one 3D slide, or a number of PowerPoint slides, looking at various details or exploded elements of a design – less a presentation, more a live design review tool. Microsoft Office docs, which contain 3D could, in-turn, be also made into PDF files. As part of the conversion process, the 3D data is ‘thinned out’ so the files are significantly smaller than the originals. 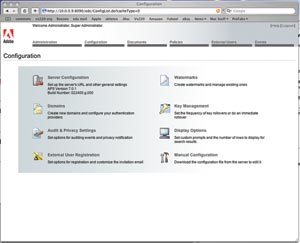 So moving on from last year’s release of Acrobat 7, which had very few ways to get 3D data into PDF, Acrobat 3D offers data import every which way you want it. It’s no longer possible to complain that Adobe has left this part of the jigsaw puzzle unfinished. You want your 3D data in PDF? You got it.

So once you have this 3D data in Acrobat 3D what can you do with it? Well, with this product, Adobe has gone way beyond my expectations as to what it would deliver. Acrobat 3D solves the CAD import issue and then provides a complete 3D toolkit to manipulate and enhance the 3D model for intelligent use within the PDF file. The user can create animations, change lighting, alter textures, even select the best 3D view and turn it into a shaded 2D vector image for placement within the document.

For Technical Publications applications this is really fantastic. Acrobat 3D gives control capabilities to manipulate the original 3D CAD file to take ‘snap shots’ for technical docs, or technical docs can have a whole new twist and include live 3D models, with bill of materials and pre-defined animations. Imagine emailing a field engineer a PDF with instructions on how to take something apart, with an animated model embedded, showing the exact sequence of how it should be taken apart. There’s nothing more explicit than moving graphics. This is very cool stuff.

As you would perhaps expect, Acrobat 3D also provides the features found in Acrobat 7 Professional, including the ability to bundle multiple documents into a single PDF file, markup tools that can be activated for use by those viewing the document in the free Adobe Reader, e-mail review tools, and security features. that limit recipients’ ability to view, print and edit the file. Cross-section and measurement tools are also provided, although at the data is tessellated, any measurement is good but approximate.

With Acrobat 3D, Adobe answered its critics, of which I was one, that perhaps it didn’t really understand the MCAD market, especially when it came to 3D, formats and the CAD vendors inability to agree common standards. The product takes Adobe into some very interesting territory and from what I can tell, most of the other CAD developers now don’t see Adobe’s move as a threat, quite the opposite. Many have told me that Acrobat 3D and Adobe’s developments are complimentary technology to what they are doing.

" Acrobat 3D isnÝt just a tool to get 3D data into PDF, itÝs a complete authoring environment for designers and a great tool for creators of technical documents and publications. "

It seems that while the CAD vendors are all happy to carry on developing their own ‘open’ publishing formats (JT, DWF, 3DXML, eDrawings etc.) they recognise that Adobe and 3D PDF technology will also allow 3D to get a wider audience and some, like PTC, have already embraced the new functionality and plan to use it in their product suites (in PTC’s case, Arbortext).

For best results, Adobe recommends video hardware acceleration with DirectX 8.1 or higher and an Nvidia or ATI card with Pixel Shaders suppport.

There is currently no support for the Apple Macintosh.

All of a sudden, Adobe is in the technical publications market, although to an extent it has been in document publishing with Framemaker. Acrobat 3D is a necessary to tool to do the combine 3D content, 2D content, text information and bill of materials spread sheets, to produce extremely rich engineering content. The delivery wrapper for all this is PDF, which of course is ubiquitous, so anyone can read it.

Adobe’s other efforts in document security, namely Policy Server, also come into play here. So you can have complete control over who sees your rich 3D PDFs, when they can access them, where they can open them and for how long they remain active – even outside of a document management system. All the building blocks are now in place for Adobe to really offer a solution for the management and distribution of engineering content at the file level.

At the moment I think users are not demanding 3D in their documents but over time as this technology becomes more widely used, I have a strong feeling that nearly all technical publications are going to have some element of 3D in them. There is no easier way to understand a product or an assembly than to actually have the model in front of you; 2D plans will always require a bit of lateral thinking. By delving so deeply into 3D and developing such a rich feature set, Adobe has really brought PDF content to life. I think Acrobat 3D is going to be a big seller.