In 2012 Autodesk launched ReCap, a platform for the growing reality capture market. Since then, the company has expanded its capabilities, added a layer of cloud services and recruited third party developers.

The manual survey market was revolutionised by the widespread adoption of laser scanners, which can measure millions of 3D points in seconds, building dense point clouds of surfaces. But there remain a number of downsides to the technology.

Autodesk has recognised that the laser scanning software market was ripe for a wider audience, and that it could offer a competitive product and provide tools to enable the conversion of ‘dumb’ scan data to intelligent Building Information Modelling (BIM) models with its ReCap software.

At the same time, the laser scanning market has started to see some disruptive technologies, such as the Xbox Kinect, open up new possibilities to potentially lower price points for capturing real-world data in these point clouds. Typically, laser scanners can cost £40K and upwards and the software to edit and manage the point clouds can cost over £10K a seat.

Laser scanner hardware provider Faro has been instrumental in introducing new, low-cost price points (to around £20k) with its small professional scanners. This has increased adoption of laser scanning, and yet to date the software has remained an expensive but necessary add-on.

dotproduct offers a sub-$5,000 hand held scanner, the DPI-7, which consists of a cradle / handle and an Android 7” standard tablet. The Phi-3D software uses an indoor positioning system to build a 3D map from the scanner. Once enough points have been gathered to create a map, the screen turns green. Intel recently invested a large sum in the firm.

Zebedee’s ZEB1 is an unusual looking handheld scanner with a spring mounted sensor. The scanner was developed by CSIRO scientist Dr Elliot Duff and his ‘Zebedee Team’, in honour of the children’s TV programme, The Magic Roundabout. The device is able to survey enclosed spaces where GPS cannot reach, such as inside mines, factories & public buildings.

There are two offerings in Autodesk’s ReCap platform: ReCap Pro, a Windows-based point cloud registration and manipulation program and ReCap 360, an add-on service that uses capabilities in Autodesk’s cloud to provide a portal for laser-scan or photo captured projects.

ReCap Pro is aimed at proving targetless registration of scans in the field and could run on a laptop or Windows Surface tablet, collating and importing multiple laser scans in real time.

While ReCap includes some innovative targetless registration capabilities to assist in alignment of multi-scans, early adopters did wrestle with the accuracy of its results versus traditional target-based registration. In the latest version accuracy can be improved by adding survey points or known distances.

Essentially, ReCap Pro enables the processing, cleaning, and visualisation of large data sets on the desktop from laser scans. It is hardware independent and supports the import of over 20 industry proprietary, text-based and open formats.

The software has a modern, easy to use interface and provides a suite of tools to clean up, edit and organise laser scans.

The data alignment between scans can be done by electing the same objects in the scene from different scans. The software uses powerful algorithms to provide registration between the scans.

Data points from surveys can also be incorporated into the model. These provide additional accuracy to ReCap Pro’s registration capabilities.

As most scanners incorporate photo images with point cloud data, ReCap can be used to produce 3D interactive or single point panoramic visualisations.

With firms doing more and more laser scanning and with point clouds generating huge files, local storage is not always an option. ReCap 360 provides additional storage space that can be expanded as needed.

Edited point clouds can be viewed and shared via a web browser, where they can be annotated without destroying the original file.

ReCap 360 comes with 25GB of Autodesk 360 storage and 50 cloud credits for ReCap 360 projects, which can be used to cut processing time.

From the cloud Autodesk manipulates the data remotely and streams the video to local browsers. This takes the processing weight off local machines, but is as interactive as if it were running locally, giving maximum image resolution even on huge multi-scans, which could be terabytes in size.

ReCap 360 offers additional tools such as bounding boxes for easier editing of big point clouds. Once cleaned up, high-density, mesh models can be created to provide a suite of mesh tools and options to create a meshed model that suits a target application or system. Again this all happens interactively through the browser in real-time.

Zoller + Frhlich (Z+F) started producing laser measurement systems in 1994, with one of the first 3D optical laser systems for as-built conditions. It develops the Imager range of professional laser scanners and partners with a number of industry software companies. Z+F has joined Autodesk’s Embedded ReCap OEM program for use in its LaserControl software.

Faro is keen to capture market share with its low cost, small and lightweight Focus 3D scanners, which radically lower the price of entry. Despite having its own software solutions, Faro has a history of openly working with other software vendors, including Pointools and Autodesk. Faro has joined the Embedded ReCap OEM program for its Faro Scene software.

dot.product has already released a plugin for ReCap which allows ReCap to directly import the compressed, binary .dp files created with its DPI-7 hand held scanner, without having to go via bloated file formats such as PTX or PTS formats.

Aveva, a major plant, power and marine design software developer acquired 3D laser scanning software developer LFM in 2011. Aveva has signed up for the Embedded ReCap OEM program to include in its suite of LFM scan-data editing and collaboration products.

Under the banner of 123D Catch, Autodesk previously released a product and web service that could take multiple photographs or a Go Pro capture from a aerial drone of an object or a scene and turn these into a textured, meshed 3D model. A high-resolution version of this is built into ReCap 360, enabling photos to be uploaded and textured models produced at the press of a button.

There is a suite of tools for manually stitching photos together prior to the meshed model being generated. Survey data can be added to improve the accuracy of the final model.

Memento is planned to be a all-in-one solution, taking in data from any reality input capture devices (photo, scans, structured and unstructured), to produce high quality mesh models which can be used for digital workflows.

Autodesk has recently done work for the Smithsonian group of museums and research centres in the US, capturing artifacts, as well as for a Swedish museum using MRI scans of an ancient Egyptian mummy. The results of this can be delivered through the web or mobile, or possibly used in Autodesk applications like Maya, Mudbox or even 3D printed out.

One of Autodesk’s tried and tested routes to adoption is through third party developers who enhance the capabilities of Autodesk’s platforms by adding specialised add-ons. With ReCap Autodesk is following that path and is actively recruiting to build on its platform with a ReCap Connect Partnership Program.

For now there is a small core and, as one would expect, those competitors with a lot of revenue to lose are not involved. But as ReCap usage grows the days of expensive registration software are numbered.

Third parties can either write their own import plug-in to import data into ReCap using the Capture Codec Kit (CCK) that is available as part of the new ReCap desktop version, or join the Embedded ReCap OEM programme to export from point cloud processing software directly into Autodesk design products, or to ReCap.

As a third option, third parties can build their own application on top of the Autodesk photo-to-3D cloud service by using the ReCap Photo Web API. According to Autodesk, more than ten companies, serving markets ranging from medical and civil engineering, to video games and Unmanned Aerial Vehicles (UAVs), have started developing specific applications that make use of this capability, or have started integrating this capability into their existing applications

ReCap has a great interface and is one of the most innovative desktop / cloud service product that Autodesk offers.

In the 1980s AutoCAD beat competitors by offering 80% of CAD system functionality at 20% of the price. It is doing something similar with ReCap. Plus. there is also a healthy amount of disruptive new technology in the market to make users think differently about how they design and model.

The reality is that 3D modelling is time consuming and software providers need to find ways to limit that by modelling in context, or automating the creation of an as-built model. As a result, Autodesk sees point clouds being much more of a commonly used data format.

However, the price of the scanning hardware still needs to come down considerably. 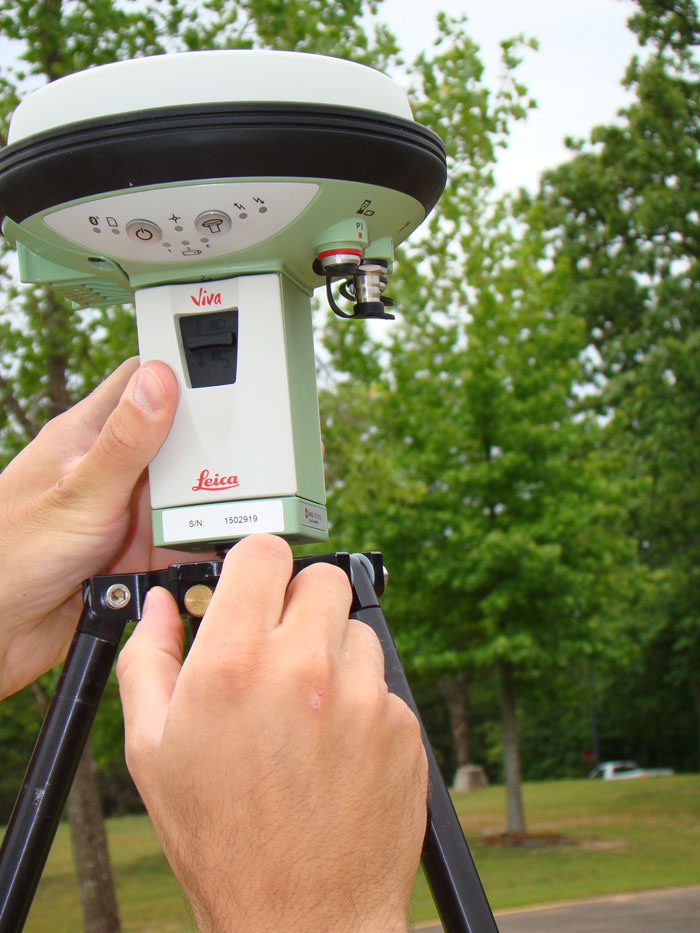 With a considerable grip on the laser scanning market, Leica arguably has the most to lose from Autodesk’s recent developments.

Cyclone is Leica’s flagship point cloud registration and manipulation tool. Its Object database and client / server architecture is designed to handle very large sets of data and, as a mature product, offers a great depth of functionality. 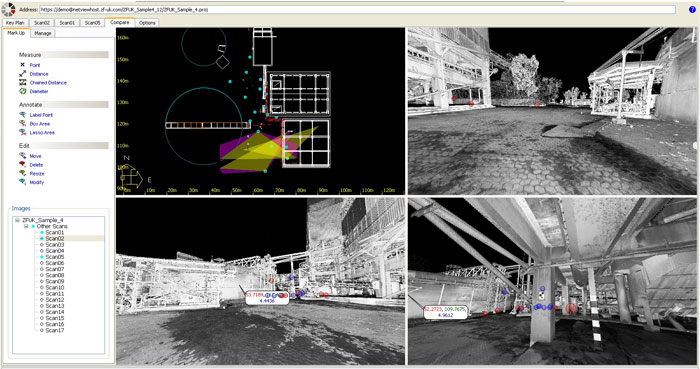 Traditionally used in process plant and designed to deal with huge multi-scan point clouds, there are three components to LFM.

LFM Modeller for creating as built models from laser scans, with a built-in pipes and structures standards library. LFM Server for hosting big databases with automatic registration of multi-scans and features such as clash detection.

Designed for use with the Faro Focus3D scanner, Scene processes and manages scanned data by using automatic object recognition as well as scan registration and positioning together with automated target-less scan positioning.

The software provides editing, measuring, meshing, 3D visualisation and the ability to export to various point cloud and CAD formats.

A ‘webshare’ publishing feature allows point clouds to be streamed to browsers. 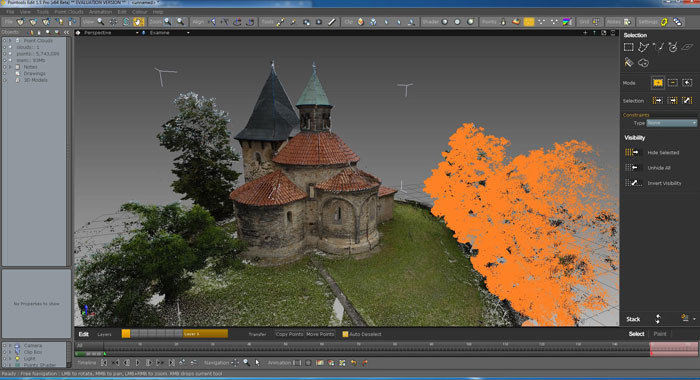 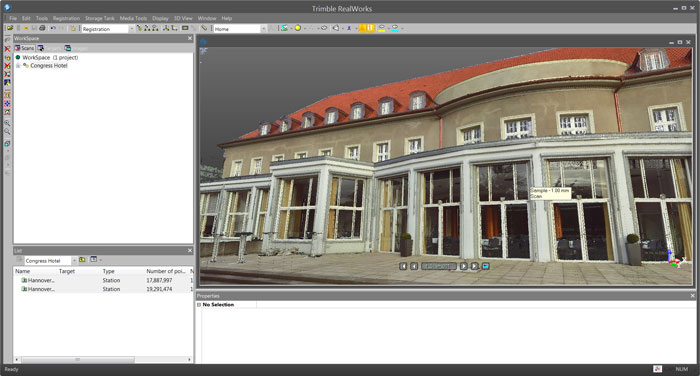 This is Trimble’s point cloud editor for combining 3D scanned and position data to produce CAD models and video simulations.

Originally coming from the process plant world, the software includes ‘automatic’ modelling of pipes through a technology called Easypipe.