Dassault Systèmes has released a free DWG drawing tool and demonstrated a Catia-based Computer Aided Design system for architects, which made direct comparisons to Autodesk’s Revit. The French CAD developer appears to be picking a fight with the AutoCAD giant.

Historically Catia has been used by companies like Boeing, British Aerospace and Ford, together with Dassault Systèmes’ range of analysis, simulation and management tools. With both Autodesk and Dassault Systèmes competing in the manufacturing space there is a very obvious competitive divide between the pair, leading to rivalry and one-upmanship.

At this year’s developer’s conference in Dassault Systèmes’ Paris headquarters the rivalry escalated with two strategic announcements and product demonstrations, indicating that Dassault Systèmes wants to impact Autodesk’s massive AutoCAD base, as well as finally bringing its renowned 3D tools into the building design and construction markets.

SolidWorks has been a thorn in the side of Autodesk from its very early days. Autodesk opted not to acquire the company, giving Dassault Systèmes early domination of what turned out to be a very profitable 3D market. Autodesk ended up spending more developing Inventor and playing catch-up for years.

The leadership at SolidWorks made a habit of toying with the 2D DWG market, developing free AutoCAD clone drawing tools to try and break their customers’ reliance on spending money with Autodesk. To add insult to injury, these products used DWG in the title, causing a long running legal battle with Autodesk that was only resolved at the start of this year, out of court.

The technology that lay underneath SolidWorks’ drawing tools was provided by the IntelliCAD Consortium (ITC) and the ODA (Open Drawing Alliance), two bodies comprising Autodesk’s competitors, and which aimed to develop a competitive clone system and reverse engineer the DWG file format. This was Autodesk’s competitors pooling their development resources to ensure ongoing access to drawings contained within DWG, which is a proprietary an

d non-documented file format. However, more recently it looks as though that collaboration could be waning. ITC’s IntelliCAD product was recently described by blogger and CAD developer Deelip Menzies as “hopelessly outdated and buggy”. On top of that, the ITC development was heading in a different direction to what SolidWorks wanted out of the product, which has lead to the company teaming up with Graebert Systems, which has created another AutoCAD clone technology called ARES. Using this as a platform, Dassault Systèmes has been working on a new DWG drafting tool called DraftSight, which is to be given away for free. Although Dassault Systèmes chief executive officer, Bernard Charlès was quick to add that subscription for support is available but not mandatory.

DraftSight is less functional than previous IntelliCAD-based DWG tools that SolidWorks has offered, as it only supports AutoLISP and no ARX plug-ins. It is also different because it runs on Mac, Linux and PCs. The key element here is that it is the first time that the product has been promoted by the whole Dassault empire, not just SolidWorks.

Talking with CAD journalists who are more familiar with the ARES technology, they say that it is no AutoCAD yet but the commitment from Dassault Systèmes is that over time it will be enhanced and will be a viable alternative to AutoCAD. For now it offers a quick, free way to open and edit legacy DWG drawings. While the Dassault Systèmes version is free, Graebert offers a pay per licence version called PowerCAD.

The next shock was the demonstration of a long rumoured AEC product, which we now know goes under the name of ‘Catia Live Building’. Based on a future version of Catia and its data management system Enovia, Dassault Systèmes is developing a competitive parametric modelling solution to compete with Autodesk’s Revit BIM (Building Information Modelling) tool. I understand that the next update of Catia will store its data in the cloud and Catia will potentially be downloaded and licensed from the desktop. This will enable Dassault Systèmes to overcome the fact that it does not have a value-added reseller channel to sell Catia Live Building but needs to compete with an established and low-cost player.

The brief demonstration showed an architectural model being rapidly developed and edited using Catia. Bernard Charlès said that the new product could do modelling in seconds, what Revit would take 45 minutes to do. And Dassault Systèmes should know — it was among the many original investors in the start-up company that developed the first version of Revit. 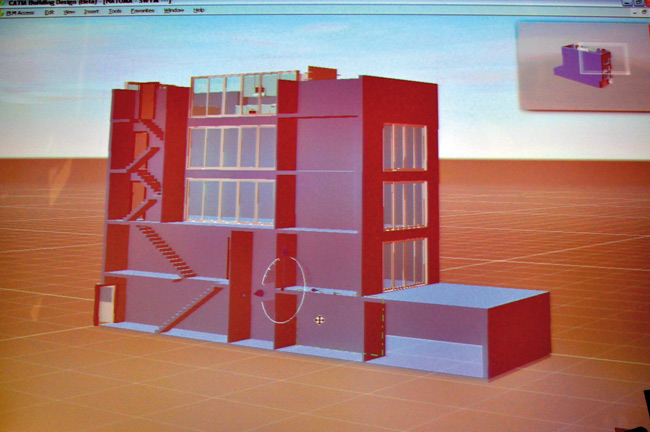 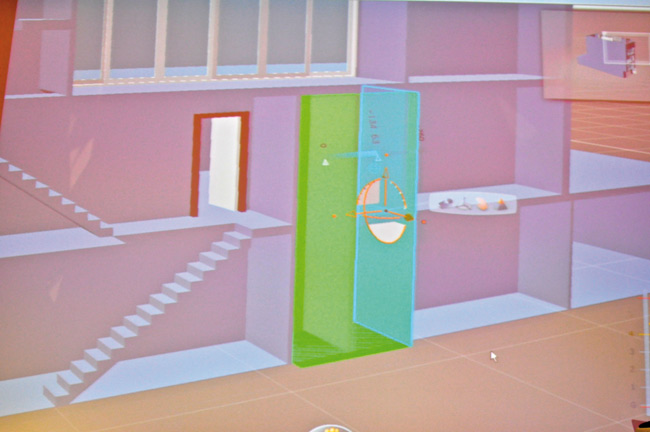 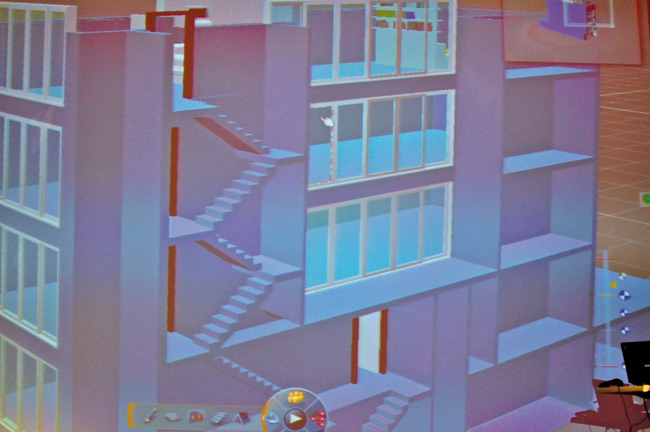 Screenshots of the first public demonstration of Dassault Systèmes’ Catia Live Building product. During the five minute demonstration stairs and lift wells were interactively designed and edited, usually with the words ‘Revit can’t do this’ said at the same time.

This is not Dassault Systèmes’ first step into building. With Gehry Technologies, the company helps to fund the development of Digital Project, originally intended to be a high-end AEC tool but which had limited appeal due to high cost and complexity. Digital Project is now mainly used by Gehry Technology as its own internal consultancy platform when it gets called in to manage or model complex projects. It is possible that the two products will interface at some future point. For now ‘Catia Live Building’ is in an ongoing invite only six month beta test. If all goes well, there may be something to look at by the end of the year.

Both of Dassault Systèmes’ announcements are really works in progress. So, SolidWorks has replaced its own 2D DWG-friendly drafting tool, that is not particularly news, neither is the fact that it is free.

However, as SolidWorks is now a Dassault Systèmes-wide product, it may give some indication which direction the product will take. Perhaps 20 years too late, Dassault Systèmes is throwing down a 2D gauntlet to its greatest competitor. As Deelip Menzies pointed out on his blog, this will cause more pain for developers of IntelliCAD-based tools than Autodesk.

The Catia BIM tool is certainly more interesting and has potential, so long as Dassault Systèmes get the price and functionality right. The greatest benefit I can see over Revit is that with a Catia capable of displaying complex designs like aeroplanes in real-time, Revit’s lacklustre performance on big models will really be an issue of contention.