At DEVELOP3D LIVE 2017 today Lenovo launched a new professional VR-ready workstation, the ThinkStation P320, which is designed for 3D CAD and entry-level VR – both part and assembly modelling.

The full-size tower comes with a choice of ‘Kaby Lake’ Intel Xeon E3-1200 v6 processors or 7th generation Core i3, i5 or i7 processors, including the Intel Core i7-7700K, which offers speeds of up to 4.5GHz with Turbo Boost.

For graphics, the ThinkStation P320 gets its ‘VR Ready’ credentials when configured with the Nvidia Quadro P4000 (8GB). For pure 3D CAD there are other options including the Quadro P2000.

Virtalis, a specialist in VR and advanced visualization, and developer of the entry-level VR software tool VR4CAD, is already benefiting from the new machine.

“The ThinkStation P320’s ProVR certification, along with its performance credentials, makes it a perfect match for the Virtalis VR4CAD software. It delivers a superb balance of 3D CAD and VR performance without breaking the bank,” said Steve Carpenter, Sales Director at Virtalis. “It’s also perfect for small- to medium-sized companies looking to enhance their engineering workflow by taking their first steps onto the VR ladder.”

Lenovo has also released a 12 litre Small Form Factor (SFF) version of the ThinkStation P320. It offers similar CPU and memory options but a lower specification GPU (up to two low profile Quadro P1000 GPUs) and up to three storage devices. The compact machine is focused on entry-level to mid-range 3D CAD and is not ‘VR Ready’. It comes in at 101.6 (w) x 394.5 (d) x 337.8mm (h).

The Lenovo ThinkStation P320 tower and SFF will be available at the end of April.

Meanwhile, read our reviews of Virtalis VR4CAD and the Nvidia Quadro P4000. 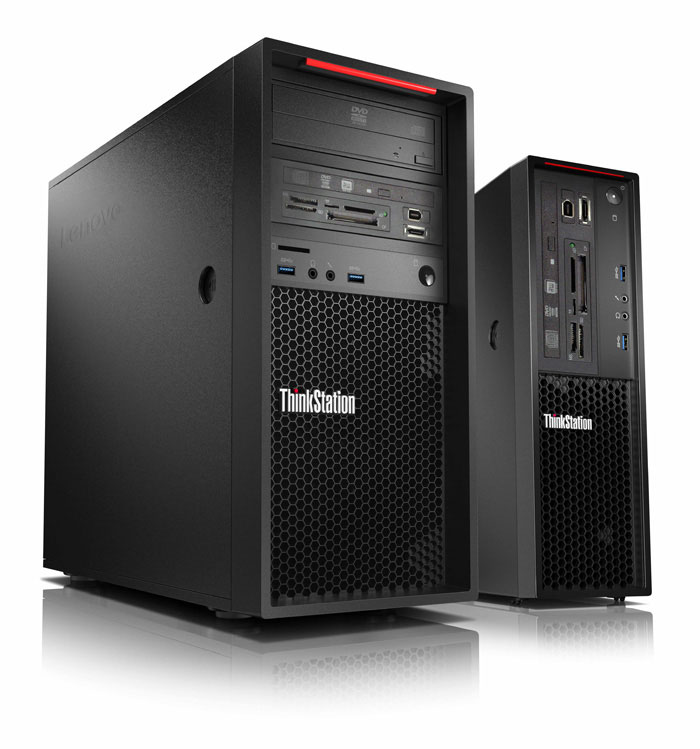