Nvidia has unveiled two new professional Quadro graphics cards to flesh out its Maxwell family of GPUs. The Quadro M4000 and Quadro M5000 join the Quadro M6000, which was launched in March. Nvidia also has the Quadro K620 and Quadro K2200 which are actually based on the ‘Maxwell’ architecture despite their ‘K’ prefix.

Both of the new cards feature 8GB of GDDR5 memory but on paper the Quadro M5000 appears to be significantly more powerful with more CUDA cores (2,048 compared to 1,664) and more single precision performance (4.3 TFLOPS compared to 2.6 TFLOPS).

However, it probably won’t be so noticeable when spinning models in BIM applications like ArchiCAD, AECOsim or Revit.

The Quadro M4000 is a single slot card and is rated at 120W. It features four DisplayPorts.

The Quadro M5000 is a double slot card and is rated at 150W. It features four DisplayPorts and a single DVI. 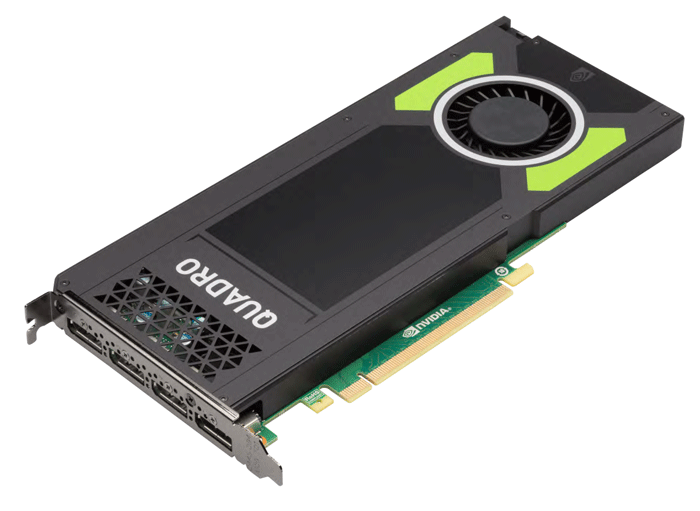 Both cards feature 3D stereo support with an optional bracket and a wide range of graphics and compute APIs including Shader Model 5.0, OpenGL 4.5, DirectX 12.0, CUDA, DirectCompute, and OpenCL.

See the full specs below.