Chaos Group has updated its V-Ray for SketchUp rendering plug-in adding a streamlined interface, enhanced GPU rendering and support for SketchUp 2018. With V-Ray 3.6 for SketchUp user can also render live directly in the SketchUp viewport and blend between the V-Ray render and the SketchUp model using +/- hotkeys to control opacity.

The new GPU + CPU hybrid rendering mode means architects can take advantage of all of a workstation’s computing power including multiple Nvidia CUDA GPU and multi-core CPUs. Meanwhile, building on V-Ray 3 for SketchUp’s UI overhaul, the new UI is said to be cleaner and easier to navigate, with better support for 4K monitors. 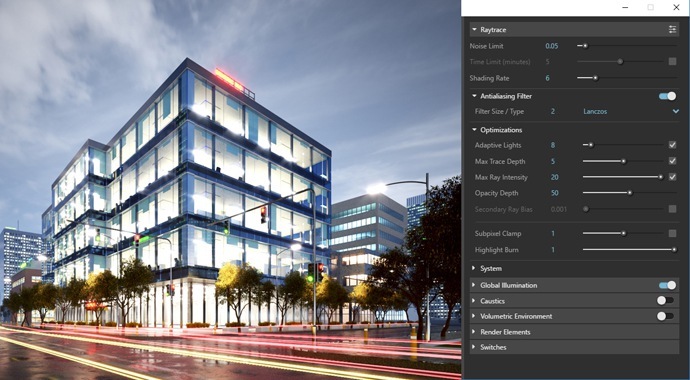 For scenes with lots of lights, the new Adaptive Lights mode can help you cut render times by up to 700%.

Other UI updates include a File manager, which allows all scene files to be managed in one place, and better viewport materials, which means V-Ray materials now display more accurately in the SketchUp viewport. 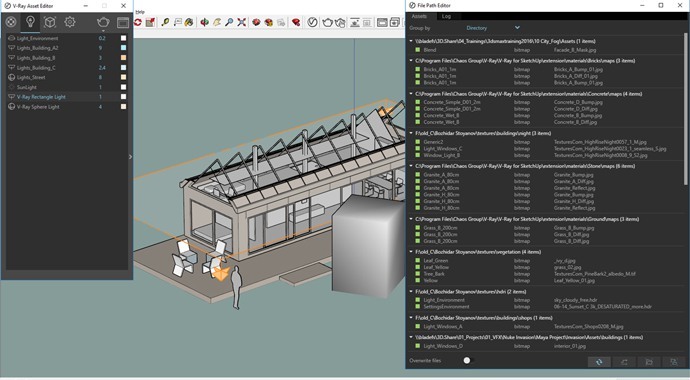 Additional new tools include: Adaptive Lights, which can helps cut render times by up to 700% in scenes with many lights; sunlight and shadow studies, fog to add depth to scenes and the ability to import and render V-Ray scenes (.vrscene) from other applications such as 3ds Max, Rhino, and Revit.