With more than 20,000 miles of track and 40,000 structures requiring continual inspection, monitoring, maintenance and renewal, Network Rail has a huge need for accurate survey data. In an ideal world, these surveys would be conducted with no personnel on the tracks and no need for track closures and in as short a time as possible to minimise passenger disruption.

Current ways of working, however, couldn’t be more different, requiring track possessions to enable surveyors to manually measure and observe the entire track and surrounding rail infrastructure using total stations, laser scanners or track-mounted measuring devices (TMDs). It’s hugely time consuming, sometimes taking months to complete a straightforward topographical survey because of gaps between possession access. And with surveys usually at the front of any project, these delays can bring the entire undertaking grinding to a halt. The costs of these possessions and the resulting delays can be enormous and there is some risk to safety, too, with surveyors often working at night in hazardous conditions, often alongside teams from other companies carrying out maintenance works.

AEC Magazine: What can you tell us about the background here: how and why did you come up with the idea of using drone technology to survey railway infrastructure?

Wren: If there was a defining moment, it came late one weekend a few years ago, after our rail team had driven up the M6 to Manchester to spend a few hours on a stretch of track. It was freezing cold, pitch dark and we had to jostle our way through to try and take some measurements. On the way back, we came to a weary consensus: there just had to be a better way of doing this. More specifically, couldn’t we figure out a way to apply all our knowledge and harness new drone technology to remotely capture essential data without accessing the tracks?

AEC Magazine: That makes sense, but sounds challenging. Can you give us some idea of the potential issues that you identified early on?

Wren: Flying is the easy bit and aerial surveys using drones are nothing new. The real challenge lies in the quality of data produced. Network Rail design engineers require Band 1 accuracy, which is +/-5mm for the rail positions. Existing drone surveys, at that time, were giving an accuracy of 60mm, with 30mm being very much a best-case scenario. That was a massive gap to bridge — and one that had never been achieved anywhere in the world.

We also needed to have a very clear idea of our objectives before we began. We wanted to eliminate the need to access tracks for surveys and inspections and thereby reduce risk. We wanted to shorten project timelines, particularly in the early phases. We wanted to cut costs, by reducing the amount of time track needed to be occupied and cutting down on the number of onsite shifts and safety personnel needed. Finally, we wanted to provide high-accuracy data that met Network Rail’s requirements and add value to current surveys by delivering high-resolution photography and point cloud data. 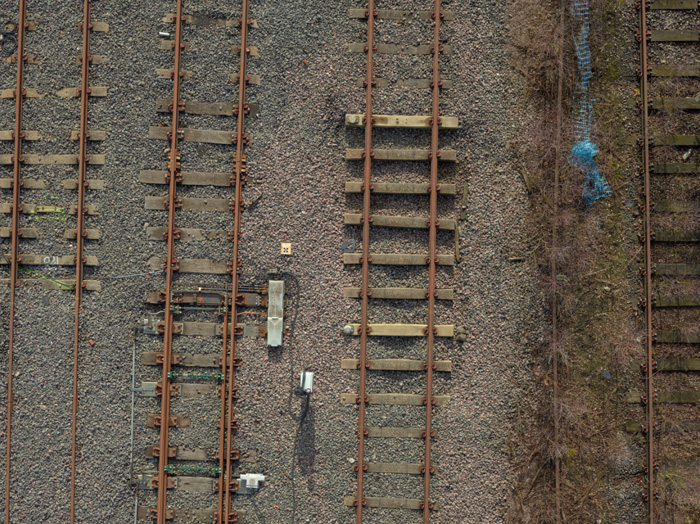 AEC Magazine: And how did the project unfold from there?

Wren: First, we determined that photogrammetry was the only way to succeed. Current aerial lidar systems could not provide the accuracy or data quality required for rail surveys, but the rapid advancement of photogrammetry software has enabled the production of 3D point clouds from raw photography. Armed with this knowledge, we kept testing, exploring the merits of the best equipment available, assessing possible hardware and software combinations, devising workflows, processes and algorithms that could bring everything together. With additional input from surveyors, UAV experts and technical specialists across the business, creating Vogel R3D was a truly collaborative effort. Throughout the process we were also in dialogue with Network Rail.

AEC Magazine: How long did all this take and how soon were you ready to start testing?

Wren: Having spent eighteen months developing it, we first trialled Vogel R3D on a stretch of heritage railway in Northamptonshire in September 2016. We measured the tracks twice: first using the industry standard Amberg GRP1000 to establish a benchmark; and then second, putting the Vogel R3D to the test. Once we processed the point cloud, we took a slice through the rails, dropped in the Amberg measurements and took a deep breath… The two fitted perfectly.

After that, a second, more complex test was funded by Network Rail and took place in February 2017 at a live site at Grange Sidings near Stoke-on-Trent, in front of representatives from Network Rail. Again, Vogel R3D delivered, demonstrating its ability to deliver sub-5mm accurate data. 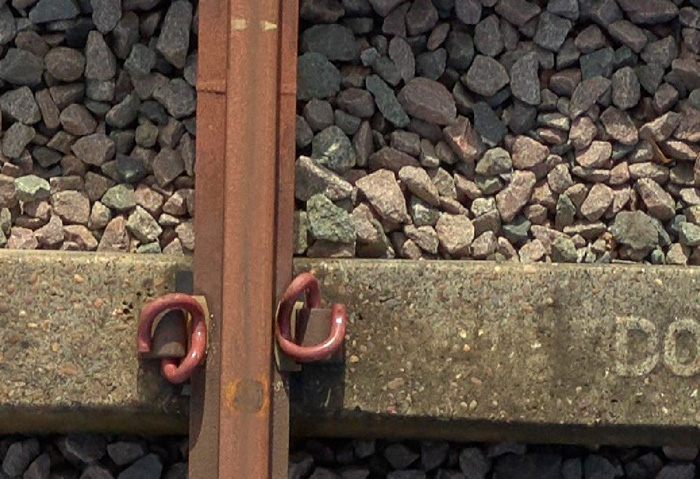 AEC Magazine: So let’s dig down into what it took to build Vogel R3D. What can you tell us about the technologies involved?

Wren: This UAV solution uses a state-of-the art drone platform and a 100-megapixel camera, taking hundreds of overlapping images that are then combined and pixel-matched to produce a 3D point cloud (a point cloud being made up of billions of pixels correctly positioned in 3D space). By taking both nadir and oblique images — looking straight down and at a 45-degree angle — it’s possible to capture every single visible surface to give a full picture of the entire site.

The resulting point cloud can then be used in the usual way to generate the topographical surveys, track alignment data for P-way design and 3D Building Information Models (BIM) required by Network Rail. The whole process is faster, safer and much more efficient, which suits all parties.

AEC Magazine: How were you able to demonstrate the accuracy of this data?

Wren: To verify the accuracy of the data, independent checks were undertaken during the testing and proving for Network Rail.

Verification of the rail alignments was undertaken with a comparison to an Amberg GRP1000 track survey. Differences of 2mm to 3mm in plane and height were found between the two methods. As a result, the Vogel R3D was validated as able to produce Band 1 accuracy surveys by Network Rail’s chief surveyor, Chris Preston.

Since then, Vogel R3D has been proven on a live job for Network Rail that took place at Salfords Sidings in Surrey, one of the busiest stretches of the UK network, through which the Gatwick Express and Thameslink routes run.

AEC Magazine: And how much time do you think was saved by using a drone here?

Wren: The purpose of the survey was to enable design work for a S&C (switches and crossing) replacement. The traditional way of doing this would have taken two months minimum to secure a possession, before approximately 13 days of manual surveying on site to deliver a topographic survey.

AEC Magazine: So what would you say you’ve learnt about the advantages of this approach?

Wren: The exciting thing about the new system is the potential for enhanced deliverables, thanks to the capture of more and better data. Where traditional manual surveys can only provide raw data of the specific points being measured, the fact that both high-resolution imagery and high-accuracy data of the entire site are being captured ensures a complete visual record with measurement data behind it.

Site visualisations, condition surveys and asset inspections can easily be conducted, enabling stakeholders to ‘walk’ the site from anywhere in the world using a tablet or computer using a widely available software package such as Leica’s TruView. Better still, users can ‘interrogate’ the imagery, pull up exact measurements on screen and share with interested parties. For train operators and maintainers with extremely limited information on the physical characteristics of their routes, being able to access such usable, verified survey data could be hugely beneficial. 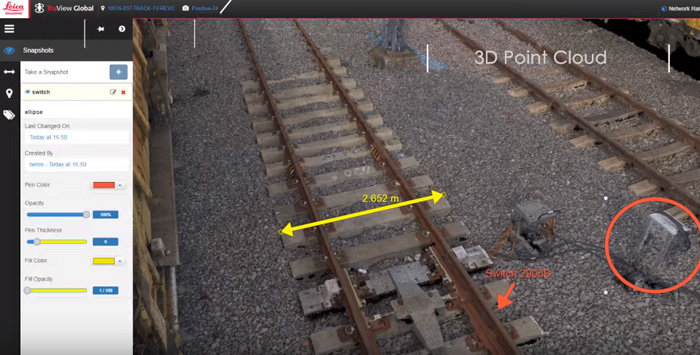 And that’s saying nothing of the raw photography itself: it’s so detailed that it’s possible to read the markings on the sleepers, identify specific rail clips, examine crossing noses and clearly view-flash butt welds — simple things that are highly problematic for surveyors working on the tracks at night.

The challenge now is to apply the Vogel R3D technology to other industries which require survey grade remote UAV data capture.