Q: Twinmotion offers direct synchronisation with Revit. and ArchiCAD. Could you explain a little bit about the workflow and how this might have changed the way your customers use design viz during a project?

A: A usual workflow of Twinmotion with any 3D modelling software is to export the 3D model to one of the Twinmotionsupported formats and import it into Twinmotion to start an immersive real-time visualisation. The main idea behind the direct synchronisation with ArchiCAD and Revit is to simplify this workflow and avoid the “export/import” process that may result in lost time and information.

With these direct synchro add-ins, an architect needs only to click on the “See in Twinmotion” button in his BIM software, and the entire project is synchronised in Twinmotion in a few seconds. Once synchronised in Twinmotion, he is free to view his project in real-time, experience the space of his design and immerse himself in virtual reality. Following any modifications in the 3D model, he only needs to click on “See in Twinmotion” again to update everything in Twinmotion in real-time. The add-ins also contain an automatic conversion function, which replaces the basic objects coming from the BIM software with 3D animated objects from the Twinmotion library. For example, in the BIM software, the vegetation is usually just a basic billboard with the shape of a tree. During the synchronisation, the Add-ins will automatically replace the billboards with Twinmotion 3D animated trees that react to the weather and seasons; the same goes for characters, vehicles and materials.

Passing from a BIM model to a life-like environment in Twinmotion in such a dynamic way contributes to a more effective workflow and a gain of time in decision- making: Twinmotion helps stakeholders understand the design and recognise potential and / or necessary modifications in the project.

Q: How do your customers predominantly use Twinmotion? For producing traditional viz deliverables such as images or videos, or for delivering real time environments that can be explored by clients and members of the design team?

A: Today, Twinmotion is used mostly for creating traditional arch viz deliverables, such as images and videos. However, we have noticed during the past two years that a growing number of Twinmotion users are experimenting with real-time virtual reality presentations, especially with the release of the VR menu introduced with Twinmotion 2019.

Twinmotion offers architects all the ways currently possible to bring their ideas to life. Apart from standard images and videos, many of our users are interested in other media that Twinmotion can produce, including 360° videos, 360° panoramas, virtual visits with Twinlinker, and real-time standalone executable files using BIMmotion.

Q: Twinmotion has been around for over a decade, but last year you launched a completely new version based on Unreal Engine. What were the driving forces behind this change?

A: With the previous technology in Twinmotion, we reached the limits of what could be achieved in terms of quality and performance. Opting for Unreal Engine was a major decision that opened new and greater perspectives at all levels: a more realistic rendering quality, compatibility with most VR headsets, a variety of media export options and, of course, the possibility to introduce a Twinmotion macOS version to “Mac addict” architects.

Q: It’s pretty unique to have a real time viz tool that runs on Mac OSX and Windows . Are there any limitations to the Mac version (apart from, presumably, not offering direct synchronisation with Revit, which is a Windows only application)?

A: In terms of features, both the Twinmotion Windows and Mac versions are exactly the same — apart from, as you state, the macOS version does not offer direct synchronisation with Revit.

As for the performance, Twinmotion is GPU-based software. Good performance depends on the workstation’s graphics cards. While most PCs are equipped with decent graphics cards to run Twinmotion perfectly, some Macs don’t reach the minimum requirements. But things are changing for Mac users. The latest iMac Pro and the recent eGPU represent a perfect choice for Twinmotion Mac users. 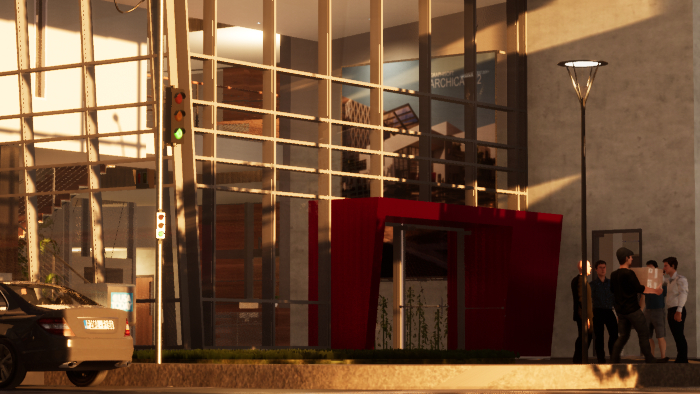 Q: Once assets have been created inside Twinmotion can they be taken into Unreal for more development?

A: Being able to export a Twinmotion project into Unreal for further development is a project we are currently working on with Epic Games. Architects with technical knowledge will be able to use Twinmotion as a quick prototyping tool, and then open their projects in Unreal for advanced settings, such as adding interactions or light baking. Twinmotion is an easy and fast visualisation tool accessible for all architects. The link to Unreal Engine opens even more avenues for Twinmotion users.

Q: In the 2019 release you’ve introduced a measurement tool, which could be considered basic ‘design review’. Does Twinmotion offer, or are there plans to offer, any other ‘design review’ features such as markup or the ability to interrogate BIM data?

A: The BIM data from ArchiCAD and Revit are already retrieved during the direct synchronisation and are accessible inside Twinmotion under the Scenegraph panel. There is also a Phasing Tool, which allows you to view your project at different stages from the groundbreaking to the final delivery. We see a great interest in features for design and project review. You’re going to see more of that in the next release.

Q: How are your customers using VR and to what extent? Is VR still relatively niche?

A: VR is primarily used internally in offices for project validation. It’s never been easier for decision-makers to “physically” be inside the project and examine the design in their own way and at their own speed. Since the setup for virtual reality headsets remains complicated, most agencies set up a VR space dedicated to VR exploration and invite people in.

I wouldn’t say that VR is still a niche concept. Instead, it is more and more accepted in the design and architecture industry. A few weeks ago, I went to a kitchen design store. A salesman created a 3D model of a kitchen within an hour. After that, he immediately brought me to a VR room where I was ready to immerse myself in my future kitchen. I was able to judge if I had enough space to move freely, to check if the induction cooktop is too close to the fridge or to the sink. It was impressive. This VR exploration, already a part of their sales workflow, makes the decision-making much easier. It’s not a technology reserved only for technical people anymore.

Q: Nvidia’s RTX real time tracing technology is currently getting lots of attention. It’s being integrated into Unreal so when can we expect to see it in Twinmotion? Also, how will real time ray tracing change design viz as well know it?

A: We are working closely with Epic Games to integrate RTX technology in Twinmotion, which we expect to have by the next release in Summer 2019. We’ll do several previews before the release at different events. We hope to meet many AEC Magazine readers at these previews!

Until the arrival of RTX real-time ray tracing, there are mainly two ways to simulate reflections in real-time. Each has their limits. One is “Screen space reflection”: the elements behind the camera won’t be present in the reflection. The other one is “Sphere reflection capture.” Since it’s a capture, the reflection is only simulated for one point of view. It is not dynamic and up-to-date for every angle.

Thanks to RTX real-time ray tracing, architects will have a true reflection in every point of view inside their project in real-time. This is big progress for real-time arch viz. 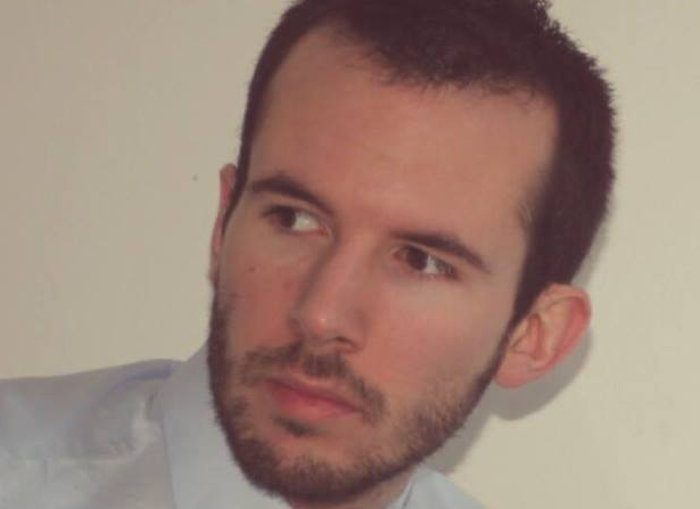