In years gone by, Leica Geosystems often appeared to be the most conservative of the point cloud technology developers. However, since the release of the BLK360 in 2016 the scanning giant has consistently surprised and innovated. Now with the launch of the Leica BLK2FLY and Leica BLK ARC, it looks like 2021 is not going to disappoint.

The concept of automated laser- scan surveys has very much been in the realms of science fiction. In the film Prometheus, the astronauts launch flying, laser scanning balls to map the interior of the alien structure.

While we are some way off that technology, Leica Geosystems has clearly set itself on the path to alchemising science fiction into science fact. What happens when you combine mobile SLAM technology (Simultaneous Localisation and Mapping) with robots and drones?

Looking back at Leica’s development path, it’s interesting to see how we got here. The BLK360 was a surprise, lowcost, small form factor laser scanner.

With a product that is exquisitely designed and accurate enough for basic interior captures, Leica is obviously looking to innovate and bring point cloud technology to the masses in a portable form factor. It has never managed to keep up with demand.

Next came the equally beautiful BLK2GO, a handheld SLAM scanner. Using a dual axis LiDAR dome and an array of 12 megapixel cameras, it captured environments as you actively walked through them, building point clouds as you went, at a rate of 420,000 points per second. Not as accurate or as dense as a tripod-based traditional scanner, but good enough for most applications, and very fast.

Meanwhile Boston Dynamics unleashed its SPOT robot. At AEC Magazine’s NXT BLD 2019 event, R&D teams from a number of laser scanning firms flew in specifically to try out their tripod-based scanners on SPOT’s payload bay, as they had not had access before. Trimble was first out with SPOT for construction with various payloads, but the scanner was for traditional static use. 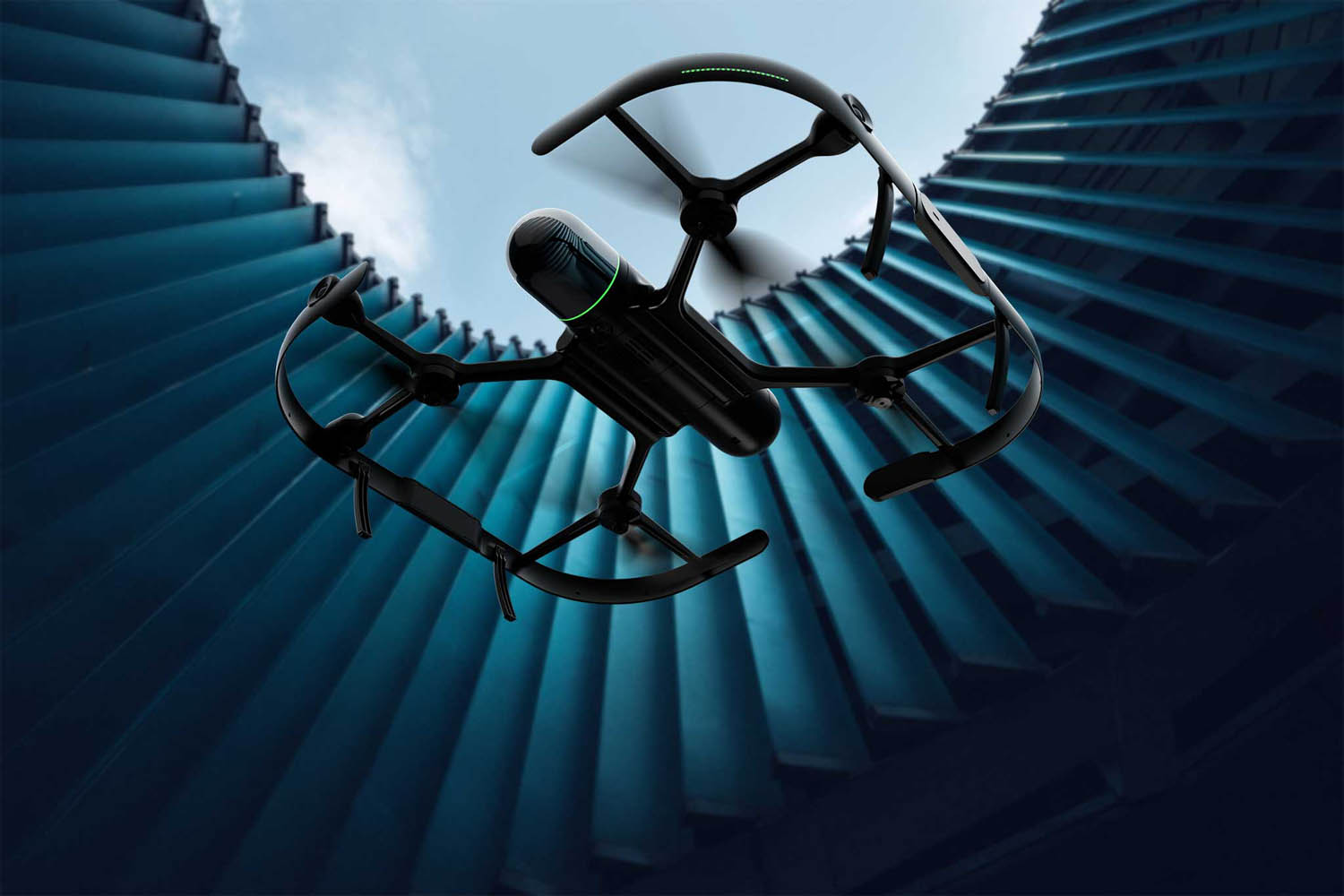 This month Leica Geosystems launched two autonomous variants of the BLK2GO: the Leica BLK ARC, a laser scanning module for SPOT, and the Leica BLK2FLY, a fully integrated LiDAR drone.

The fusion of LiDAR, radar, cameras, and GNSS ensures safe flight paths and users can seamlessly and simultaneously combine data from the Leica BLK2FLY with interior scans of buildings and structures captured with the Leica BLK2GO or the robot hosted Leica BLK ARC.

As is now usually the case, the Leica industrial design vocabulary is beautiful, and both devices fittingly look like they have been sent back from the future.

The Leica BLK ARC takes its cue from the BLK2GO and sits at the front of SPOT with aerial ‘antlers’ adding to the aesthetic, whilst the Leica BLK2FLY is really next level design, with the scanner body pretty much being the fuselage, with caged protected blades, and only a single button to operate it.

The Leica BLK2FLY is smart too. From a tablet, just click on an area you want to capture and it will create its own flight path, go off and scan, then return, using its builtin obstacle avoidance to keep safe. The point cloud model streams to your tablet and using the model it’s possible to tap an area for the drone to capture additional data. It’s also possible to take over control using a virtual joystick.

To define SPOT’s scanning/walking path through a building, this can be simply drawn onto a drawing or BIM model. SPOT will complete the mission autonomously, avoiding obstacles on the way.

The result of these two methods of data capture are colourised 3D point clouds to compare against BIM designs, to assess site conditions, site progress and for digital twins.

These devices are geared up to stream into Leica’s enhanced HxDR cloud-based visualisation service for AI-enabled post processing of the captured data. Obviously, Cloudworx is also available for additional prep work.

We are now at the start of adopting remote and autonomous survey technology. Robots and drones will at first assist manual processes until proven but there is a sense of inevitability that this will revolutionise the speed at which site data can be captured and relayed to those that need it.

With advances in AI, real-world building objects like doors, walls and windows will be able to be identified and turned into accurate as-built BIM models, which can be used to compare to the original design, or act as a start-point for a digital twin. It’s also conceivable that the scans could be used to identify and audit assets (desks, chairs, computers) within the building.

I’m guessing one of the first concerns is, given how much the scanners and robots cost, any errors in flight path or floor height levels could be expensive mishaps. It’s bad enough if a laser scanner gets stolen onsite, let alone a $70,000 robot it’s sat on. I suspect that close supervision will be mandatory to stop dog-napping.

Regulation might also be a constraining issue. There are stringent rules on where drones can fly, by whom and how high. Regulations on sharing workspaces with robot dogs are a little less constraining. I suspect these will change over time.

There is a major convergence of technology development happening in surveying – robots, drones, cloud, AI and digital twins. These will radically improve productivity and bring new opportunities for surveyors, especially towards the back end of the building process, through the building lifecycle, as we start to digitise buildings through various stages of their use and redesign. While point clouds are inherently dumb, there are an increasing number of smart applications for the technology. 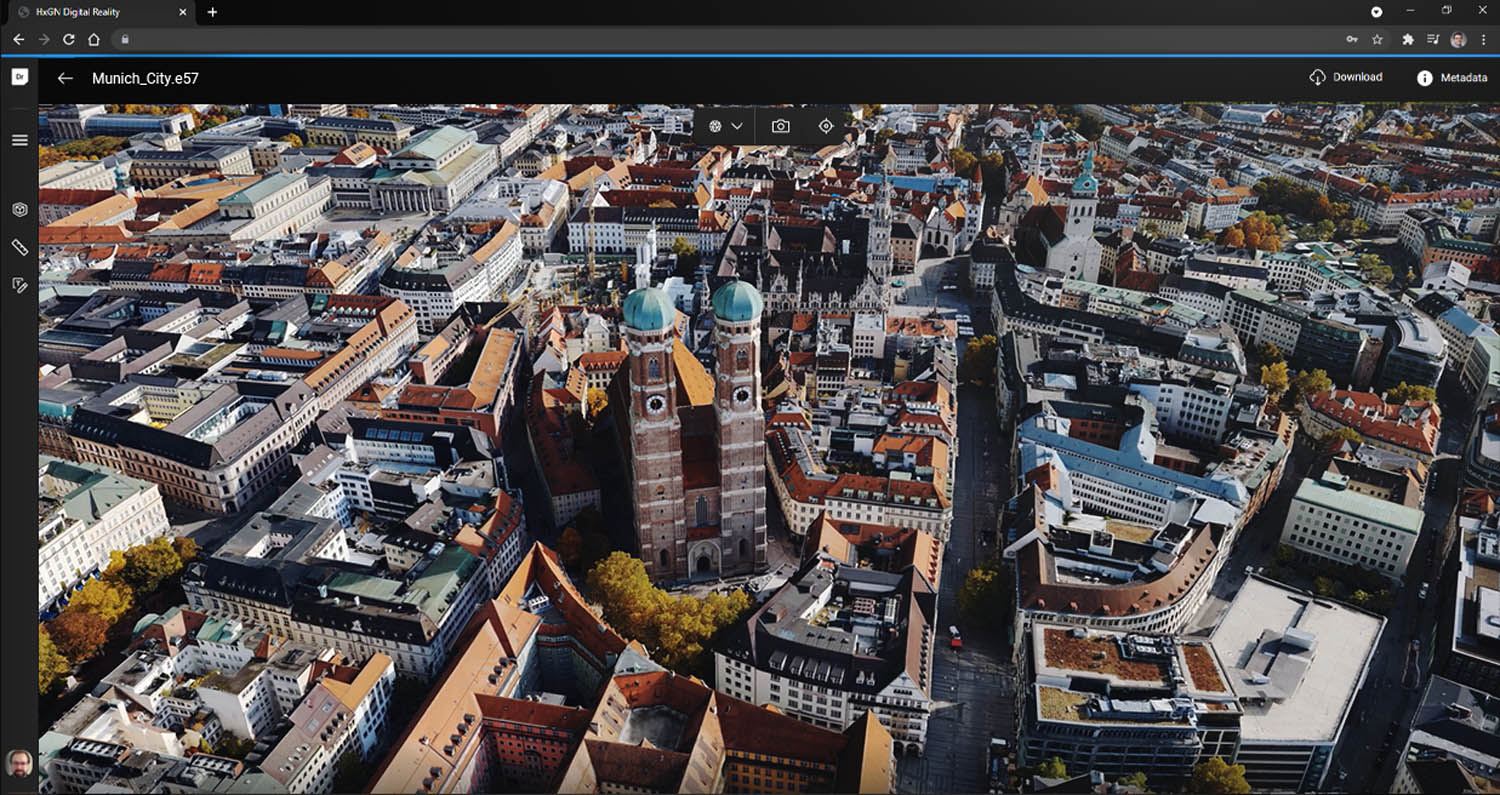 Hexagon claims to be the only aerial data provider to capture both aerial imagery and LiDAR data simultaneously, ensuring consistency between the data. 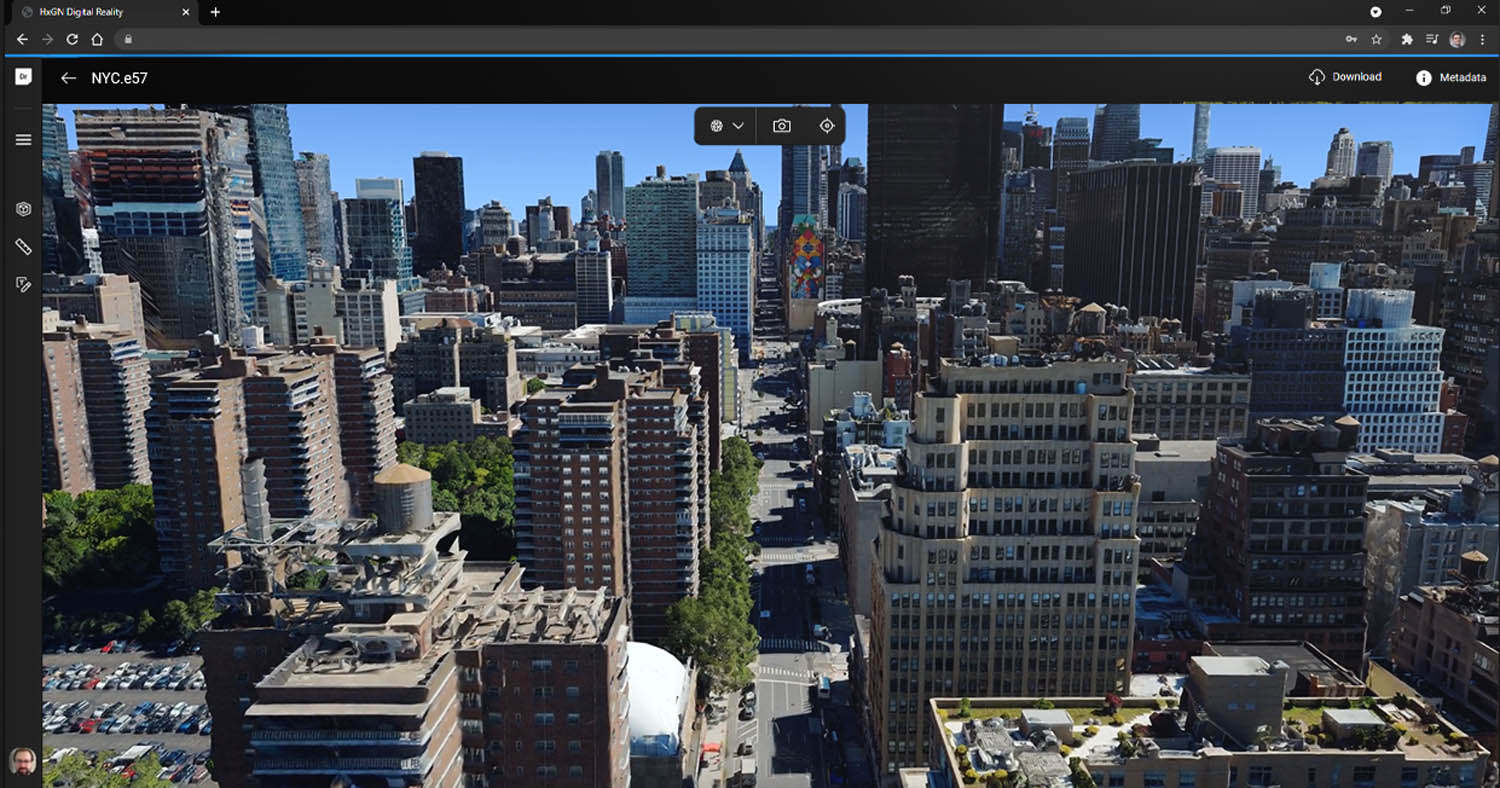