Portability is clearly a big focus for HP at the moment, launching not one but two slimline 15-inch mobile workstations in the space of six months.

The HP ZBook 15u is the more enterprise-focused of the two (the HP OMEN Pro (p22) being the other) and delivers many of the features you would expect to see in a higher-end mobile workstation. This includes fingerprint scanner, Smart Card reader, (side) docking port and the impressive HP Easy Access Door (more on this later).

The big pitch for the ZBook 15u is its portability and HP is focusing much of its marketing efforts around the machine’s ‘Ultrabook’ standing. For those not familiar with this Intel classification, for a laptop to be called an Ultrabook manufacturers have to meet certain specifications relating to battery life, thickness, performance, wake from sleep time and others.

With the HP ZBook 15u (and Lenovo ThinkPad W550s) things get a little confusing as not all models qualify as an Ultrabook — specifically, we think, those that do not use an SSD for the OS — but on the whole one can expect all models to come close. K

ey to the ZBook 15u achieving its Ultrabook status is the Intel Core i7-5600U, an Ultra low voltage (ULV) dual-core CPU based on the Broadwell architecture.

This CPU might lack the multi-threaded power of the quad core chip found in the HP OMEN Pro and Dell Precision M3800, but with a clock speed of 2.6GHz rising to 3.2GHz, it still delivers where it matters for CAD and BIM. And it does so without breaking into a sweat. Fan noise was kept to an absolute minimum, even under heavy loading.

Like most mobile workstations, the HP ZBook 15u relies on switchable graphics with a view to saving power. It uses the built in Intel HD Graphics 5500 for mainstream apps and swaps over to the higher performance CAD-focused AMD FirePro M4170 (1GB GDDR5) as and when required.

This should happen automatically, as it did for our CAD test suite, but individual apps can be matched to GPUs in AMD’s Catalyst Control Center software.

Despite its entry-level positioning, the AMD FirePro M4170 delivered some decent scores in our 3D tests.

Compared to the more powerful Dell Precision M3800 with Nvidia Quadro K1100M, it was only 19% slower in Creo and 27% slower in SolidWorks. In practice it should give users a good experience when working with small to medium-sized CAD and BIM models. 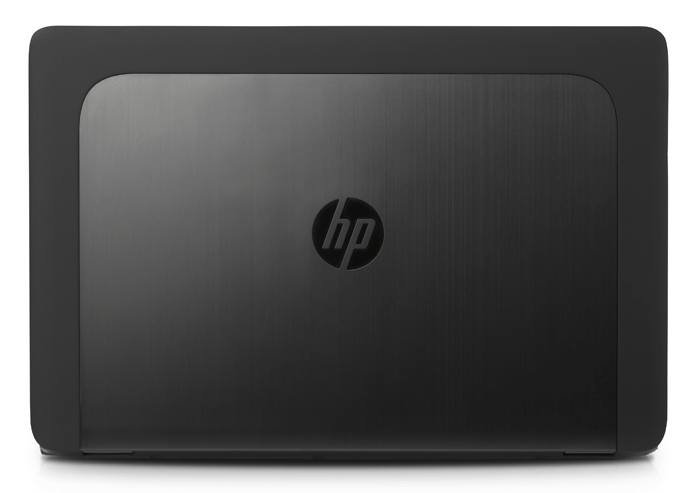 While compromises have been made with CPU and GPU, there is nothing entry-level about the storage with a PCIe-based 256GB HP Z Turbo Drive for operating system and applications and a 512GB SATA-based SanDisk X210 2.5-inch SSD for data. 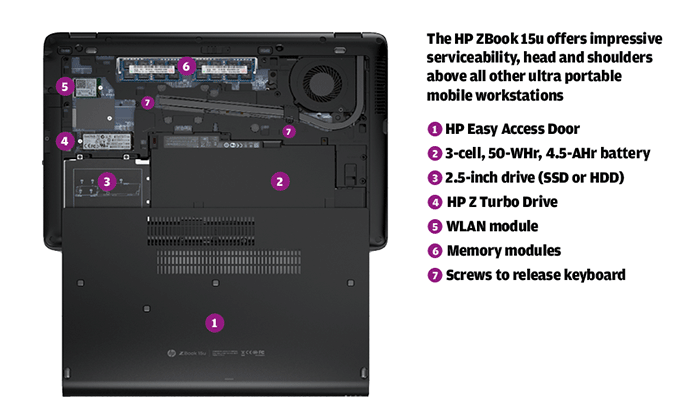 However, in the AS SSD benchmark, the SanDisk X210 SSD actually scored higher in random read/write performance and access time so the benefits of PCIe storage are not as broad as one might presume.

As you would expect from an HP ZBook, build quality is excellent and despite its 1.91kg weight the machine feels solid and well built.

Serviceability is superb with all key components easily accessible behind the excellent HP Easy Access Door. Simply remove the optional security screw, slide the switch, pull off the panel and memory, storage, WLAN and battery are all within easy reach. HP scores big points here, standing head and shoulders above the competition, which all require messing about with lots of fiddly screws.

The multi-touch image sensor Touchpad is precise and the backlit keyboard comfortable in use but a numeric keypad is noticeably absent. Dedicated power, airplane mode and mute buttons sit conveniently between keyboard and screen.

The HD (1,920 x 1,080) matte screen is of good quality but, in this age of IPS panels, nothing outstanding. There is no optional touch screen like there is with its ‘Ultrabook’ sibling, the ZBook 14. 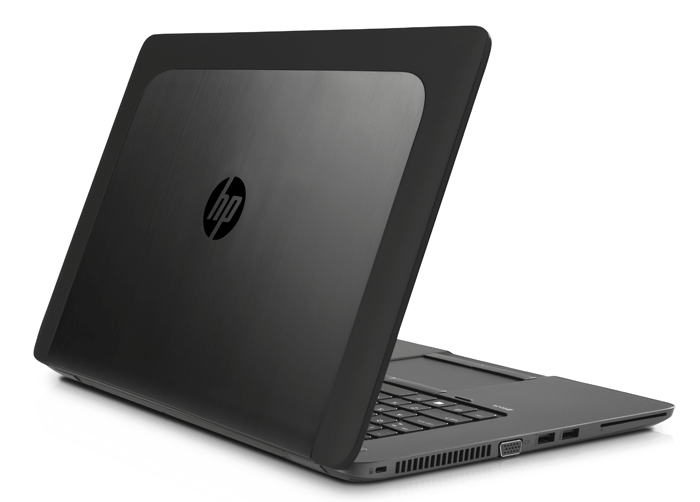 Even with a thickness of 21.42mm HP has managed to include a standard RJ45 port in the chassis. This ingenious design has a spring-loaded hinge that expands the port to its full width when you plug in an Ethernet cable. Dual Band Wireless-AC is on tap for high-speed WiFi.

There are four USB 3.0 ports, one of which is always on so smart phones and other devices can be charged even when the mobile workstation is off. DisplayPort and VGA give both digital and analogue options for connecting to external displays.

The HP ZBook 15u is an impressive addition to the HP ZBook family, giving fans of the enterprise-class CAD laptops an ultra-portable 15-inch offering. While the ZBook 15 and ZBook 17 are pitched as desktop replacements, the ZBook 15u, with its entry-level 3D graphics feels more like a companion to a desktop machine. 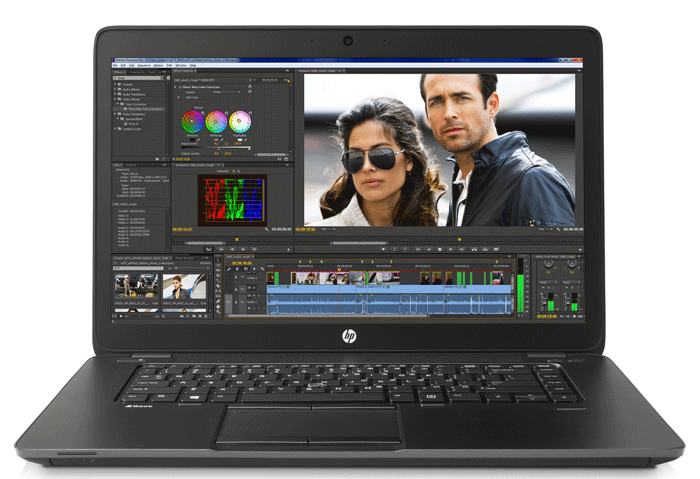 But if you are after a slimline, highly portable ‘Ultrabook’ for travel that is also optimised for entry-level 3D CAD and BIM, it is an excellent choice.

Those based on a business-class laptop chassis
Lenovo ThinkPad W550s