A workstation for CAD or BIM is very different to one tuned for real-time visualisation or VR. Greg Corke looks at some of the key workflows in AEC and what you should look out for when specifying a machine

In general, most operations in CAD and BIM tools are single-threaded, which means they run on a single CPU core. As a result, it is important to prioritise frequency (GHz) over the numher of cores. Some operations are multi-threaded, so they can take advantage of multiple cores in certain areas. To find out which, click here for Autodesk Revit and here for Graphisoft ArchiCAD.

Just because an operation is multithreaded it doesn’t mean it will run faster on a CPU with lots of cores. A quad-core or six-core processor should serve you well. Unless you’re using a ray trace renderer extensively, there is little point in buying a CPU with more than 8 cores.

The Intel Core i5-9600K (3.70GHz, 4.60GHz Turbo) is a good budget choice. However, as it has six cores and six threads, you’ll lose a little bit of performance when rendering. Intel Xeon E-2000 CPUs are another option, but it’s important to note that any Xeon models with six cores or more require the special Windows 10 Pro for Workstation (4 Cores Plus) OS, which costs over £100 more than standard Windows 10 Pro.

The 3D graphics requirements for BIM are quite moderate as most software is CPU-limited. As long as your GPU has a certain level of processing power, 3D performance will then be dictated by CPU frequency. In such cases, a high-end GPU is pointless, as most of its resources will not be used. We’d recommend the Nvidia Quadro P1000 or AMD Radeon Pro WX 4100.

For memory, use a minimum of 16GB DDR4 RAM, although 32GB should give you some headroom for the future.

For storage, NVMe SSDs are ideal and are now relatively cheap, although don’t feel you have to buy an expensive 2TB SSD to store your BIM data. A combination of 256GB or 512GB SSD and a 2TB HDD will serve you perfectly well. 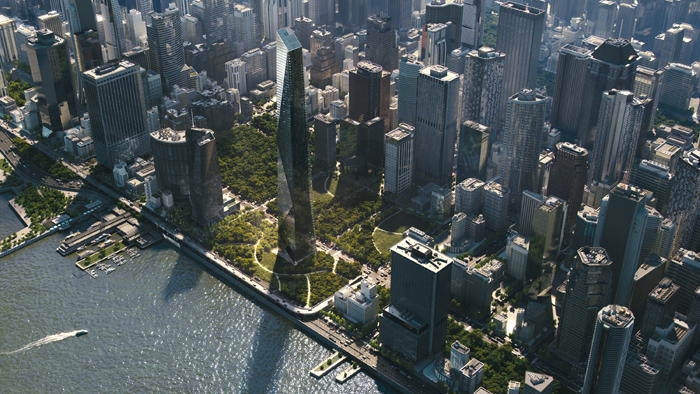 For a CPU renderer like V-Ray or KeyShot or any of those built into BIM tools, more cores will generally deliver renders much quicker. But don’t forget about frequency (GHz), which is essential for general system performance as it is for applications and 3D graphics. Historically, design viz folks have had to strike a balance between cores and GHz. As the number of cores increases, GHz generally goes down. But now they really can have their cake and eat it too. And, for the first time in years, AMD is giving Intel a serious run for its money.

The AMD Ryzen Threadripper 2990WX, for example, is a 32-core, 64-thread monster with a base frequency of 3.0GHz and a Turbo of 4.2GHz. It’s phenomenally fast at ray trace rendering, but it also plays nicely with BIM and CAD (and with your wallet as it only costs £1,333 Ex VAT). Unfortunately, Threadripper is only available in workstations from specialist manufacturers.

AMD might currently have the performance crown for rendering on a single CPU, but Intel is fighting back. The Intel Xeon W-3175X, due to ship any day now, boasts 28 cores, 56 threads, a base frequency of 3.1GHz and a Turbo of 4.3GHz. On paper, it should offer better performance than Threadripper, but it’ll cost significantly more (Intel has just set it at $2,999). For those on tighter budgets, AMD and Intel also offer several cheaper models with fewer cores. Check out the AMD Ryzen Threadripper 2950X (16 cores, 32 threads, 3.50GHz, 4.40GHz Turbo) and Intel Core i9-7940X (14 cores, 28 threads, 3.1GHz, 4.3GHz Turbo).

With such great price/performance on offer from single CPU workstations, the role of the dual Xeon has been somewhat diminished, but a pair of 18-core Intel Xeon Gold 6154 CPUs should still give the best rendering performance.

For memory, choose a minimum of 32GB, but 64GB or more will be needed for large datasets. For storage, NVMe SSDs are a given, but consider the Intel Optane SSD 905P for really demanding I/O. Graphics should be matched to your 3D workflows, whether that’s 3D CAD, real-time viz or VR – see other sections. 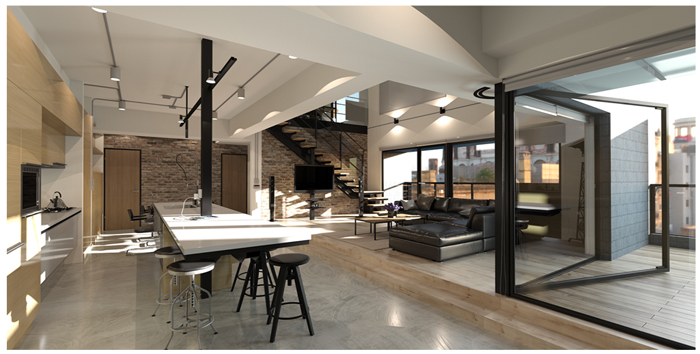 GPU rendering in the AEC sector is still relatively niche but the applications are growing. Examples include V-Ray NEXT GPU and Radeon ProRender. Most GPU renderers use Nvidia CUDA, so only run on Nvidia GPUs. Others use OpenCL, so run on AMD or Nvidia. GPU renderers need a GPU with lots of cores and memory. 8GB is really a minimum, with 16GB, 32GB, or even more needed for complex datasets.

Generally speaking, with Nvidia GPUs, if you run out of GPU memory, the scene will not render. AMD ‘Vega’ GPUs give you some headroom by allowing GPU memory to spill over into system memory. CPU renderers don’t have the same memory challenges, as you can simply add more to your workstation.

AMD GPUs are good at multitasking (i.e. 3D graphics and rendering at the same time); Nvidia GPUs less so.

GPU renderers can make use of multiple GPUs. This is a big benefit over CPU rendering, as it’s easy to add more processing power to your workstation. However, your machine will need spare PCIe slots and a high-wattage power supply.

Using multiple GPUs does not generally increase the amount of GPU memory that can be used by the renderer. However, with Nvidia NVlink technology, you can double the memory by effectively turning two GPUs into one. NVlink is only supported with high-end Quadro GPUs.

You don’t need a professional GPU to use a GPU renderer, so some users choose a consumer GPU instead. You get significantly more for your money, but consumer GPUs generally have less memory and are usually not certified for pro applications like CAD. You can’t mix consumer and professional GPUs in the same workstation. 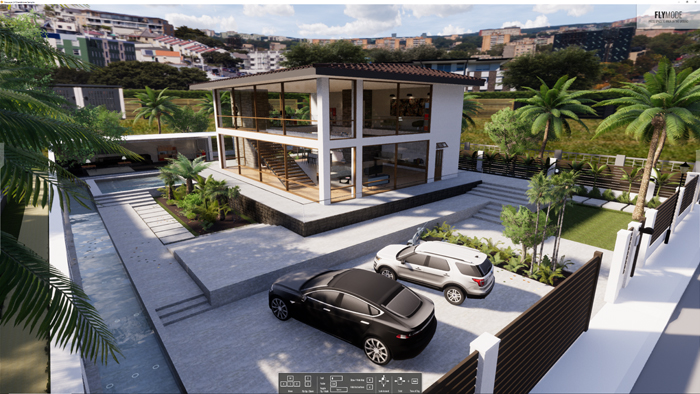 The graphics requirements for real-time viz are much higher than they are for CAD and BIM. With an emphasis on realism and silky smooth frame rates (30FPS+), you need a high-end GPU to do it justice.

Most real-time viz and VR tools used in the AEC sector are based on game engines, so will work just as well with consumer GPUs (Nvidia GeForce and AMD Radeon) as they will with professional GPUs (Nvidia Quadro and AMD Radeon Pro). Consumer GPUs give you significantly more for your money and are often preferred by viz artists. However, they are not certified for use with most professional applications, so those who use viz or VR tools alongside an application like Revit may prefer a professional GPU and the confidence it might give in terms of stability, performance and display accuracy.

On the professional front, a good starting point is the Quadro P4000, but most viz workflows will demand a significantly more powerful GPU, especially on 4K displays. Some applications will benefit from multiple GPUs.

VR has even bigger demands. It requires around eight times more graphics processing power than is needed to view the same scene on a FHD (1,920 x 1,080) display. This is because head mounted displays (HMDs) need to render both eyes at very high frame rates (90FPS) for a comfortable VR experience.

For viewing simple models in an application like Iris VR Prospect, a Quadro P4000 should do a good job. But, for larger models and for applications like Enscape that place an emphasis on visual quality, you’ll need a Quadro P5000 or above or one of the new Quadro RTX GPUs.

The most important thing to understand about VR is that if you don’t correctly match your GPU to your workflow, it will simply not work. This is different to viewing a 3D model on a desktop, where slow frame rates will just give a sub-optimal experience.

In terms of the workstation, for both real-time viz and VR, you’ll need a high frequency CPU – the Intel Core i5-9600K or Core i7-8700K are good starting points. You’ll also need lots of memory (32GB+) and a fast NVMe SSD.