With the advent of machine learning and Artificial Intelligence, computers are on the cusp of actually playing a more active role in assisting the building industry, especially helping the early conceptual development process. Martyn Day looks at an ingenious cloud-based service

Hypar has its own suite of evolving tools, but third-party algorithms can also be shared or sold in the community

One of the comedy moments one can always look forward to in films set in the Star Wars galaxy is the droid who feels predisposed to always calculate and verbalise the probabilities of success, just at the time the main characters are about to do something extremely risky, like navigate an asteroid field. While these doom-laden forecasts of failure are always dutifully ignored on film, I can’t help but imagine how useful it would be to have computational assistance in complex decision making within a work environment. In building design, there might not be a princess to rescue, but when planning site development, building layout and complex ducting, it might be helpful to know that the placement of your exhaust ports has introduced a womp rat sized vulnerability.

While it’s still formative days for C3PO style real-time interjections, tools are starting to become available where multiple design iterations can be created, with each having met the original codified design criteria. Commonly called ‘optioneering’ it’s a branch of computer generative design which has much to offer early phase “what if’ scenarios by testing to see what is possible given a set of variables.

Started in 2018, Hypar.io is headed up by two industry veterans, Anthony Hauck, who was in charge of Revit product development and more recently headed the development of generative design at Autodesk, and Ian Keough who is probably better known as ‘the father of Dynamo’, the visual programming interface – also an ex-Autodesk employee. Both have played key roles in developing programmatic design tools which architects can use to help solve problems.

At Autodesk, Hauck and Keough were involved with the Labs development, Project Fractal, a tool which worked alongside Dynamo to generate multiple design options for customers’ own design logic (now migrated to Autodesk Project Refinery).

Typical uses for this were in space design and building layout, optimising room organisation and placement, creating multiple options, all meeting the core specification.

The seeds of Hypar seem to start here. As veterans, Hauck and Keough could see that many firms were developing their own software solutions to solve complex computational problems and there were few standard platforms, leading to a lot of reinvention. While the visual programming tools of Dynamo and Grasshopper have grown in usage, they do require base applications to run; Hypar is self-contained.

Hypar.io is a web-based cloud platform and API which executes users’ code, in Python and C#, to quickly create tens, hundreds or thousands of designs based on design logic. These models can be previewed in 3D together with analytical data created with those designs on a desktop or mobile. The system is optimised to produce results quickly, within the snap of your fingers.

With Hypar they have produced a flexible platform, accessed from anywhere through the web. It offers a common user interface, which is free from the heavy data sets of today’s BIM tools and operates with a data model that supports IFC definition, so is BIM platform independent. It’s also a place where algorithms could be shared or sold by a community of tool developers and they are looking to harness shared libraries and the growing number of open source resources. So, together with Hypar’s own suite of evolving tools, over time it will become a central resource for access to generative tools.

While there is a lot of focus on programming and algorithm development, as Hypar fleshes out and more tools become available for it, or indeed a firm decides to create its own applications, it also provides an environment where non-programming designers can explore design variations, simply by clicking ‘more’. Hypar is aimed at both the tool designer and the tool user and the results can flow on to drive other processes through commonly used formats and scripts.

The team is currently exploring the Autodesk Forge Revit Design Automation API to connect Hypar to Revit for detail workflows. In the site design example given to AEC Magazine, Hypar can be used to select a building parcel from a map, a tower design is selected from a design iteration and the design for that parcel is generated in that area, to the given height, floors etc. This is then seamlessly imported into Revit, with all the floors and structural framing. Currently in prototype, this will be an exceptionally popular capability.

The geometric results are fairly basic, but at a concept stage it’s all about finding the best option and then developing that in more detail, while safe in the knowledge that the design meets the brief it has been tested against. As we were going to press, Hypar has a new office design layout in the works, together with starting new work on generative formwork from arbitrary walls. 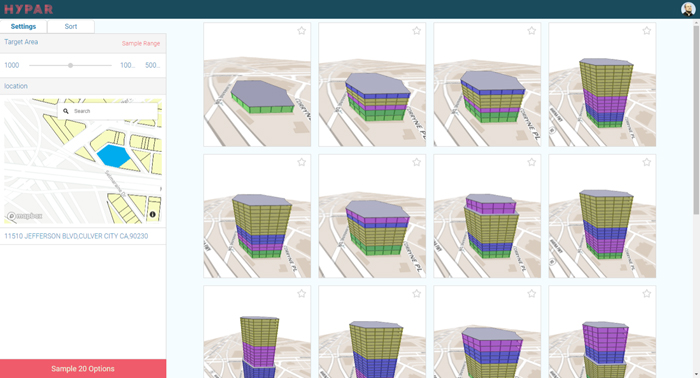 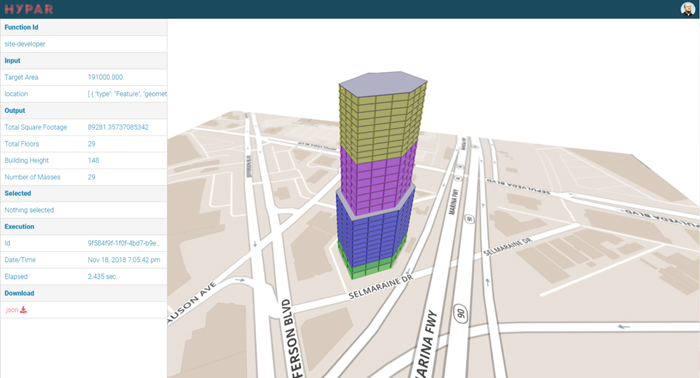 For site design, Hypar can automatically generate a range of options for a given spec and land parcel, then seamlessly import the chosen design into Revit

The pricing model appears to be evolving, with the potential for tool developers to charge for the use of their algorithms, or a subscription for more complex users, with access to suites of tools.

So, it may be reassuring to know that we don’t yet have droid architects who can replace you completely. It’s also good that your BIM workstation isn’t going to tell you the chances of your building meeting the client’s expectations is approximately 3,720 to 1, as you are about to go into a meeting. But there are tools that are willing to help improve the quality of the design and take some of the grunt work out of exploring the multitude of options that fulfil the brief.

To participate in this brave new world, it does require knowledge of programming to create an algorithm and a mindset which can define the variables within the potential design. However, over time, the Hypar.io community will grow and there will be more algorithms contributed to the pool, so it could be a useful resource or firms could develop ‘tool makers’ to create programs to assist in the creation of project- specific optioneering Hypar tools.

What may seem like quite a geeky and abstract development at the moment, it’s really is an exciting environment for the current generation of programming-savvy designers to rapidly ideate with computer assistance. In Hypar space, these are the droids that you are looking for.