With the Quadro RTX 3000 GPU, HP’s updated tiny workstations can be used for entry-level VR and GPU

All three models feature 10th Generation Intel Core CPUs with up to 10 cores, although the SFF and Tower models include the more powerful 125W models.

There’s been a big boost in graphics in the Z2 Mini and Z2 SFF since the G4 versions: both machines offer up to the Quadro RTX 3000 (6GB), which is powerful enough for entry-level VR, real-time viz and GPU rendering.

Like all RTX GPUs, it features dedicated RT cores for ray tracing and Tensor cores for AI denoising.

It’s a big step up from the Quadro P1000, which was the top end option in the G4 editions and is only really suitable for 3D CAD.

The Quadro RTX 3000 in the Z2 Mini G5 and Z2 SFF G5 is not a standard desktop graphics card, rather a custom version of an MXM form factor GPU typically found in mobile workstations.

We expect it will offer slightly better performance than the equivalent GPU used in slimline mobile workstations, as they tend to be Max Q Design, so are clocked a touch lower. 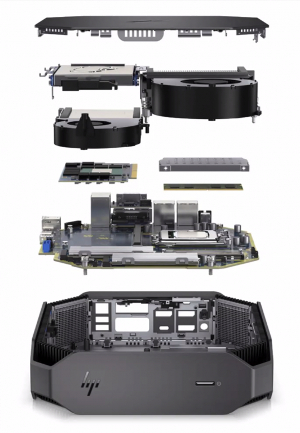 The Z2 Tower G5 picks up where the G4 left off, continuing to offer up to the Quadro RTX 6000 (24GB), which can be used for very high-end workflows. The PSUs in all three machines have been bumped up to accommodate the higher spec chips.

The HP Z2 G5 family might be entry-level by positioning, but the specs are starting to resemble high-end machines of just a few years ago.

They’re a whole lot cheaper, of course, but the machines are also significantly smaller. The Z2 SFF G5 and Z2 Tower G5 are 19- and 15 per cent smaller respectively than the previous gen, while the Z2 Mini G5 remains the same.

The HP Z2 Mini G5 has received some chassis improvements, with redesigned thermals that use copper rather than aluminium for ‘much better thermal conductivity’.

Other features of the HP Z2 Mini G5 include nine different ‘flex modules’ to add more displays, mic or camera, and integrated Wi-Fi 6 for faster data transfer and extended range.

The Z2 SFF G5 has ‘easy access’ storage, so drives can be swapped out without having to open the chassis.

HP has also updated its ZBook mobile workstation family with three new additions to complete a re-branding process that started earlier this year which saw HP move further away from numbers.

The ZBook Power G7 is the follow on from the entry-level ZBook 15v G5 but is 19 per cent smaller and 9.4 per cent lighter.

In addition to new Intel Core-i9 and Intel Xeon CPUs, the main change is in graphics and the Nvidia Quadro T2000 GPU is a big step from the previous gen’s Quadro P620.

The ZBook Fury 15 G7 replaces the ZBook 15 G6 and is 12 per cent smaller. The big news is that the new machine supports the Quadro RTX 5000 GPU, which is far more powerful than the previous generation’s Quadro RTX 3000.

HP is playing a bit of catch up here as both Lenovo and Dell have offered the Quadro RTX 5000 in their 15-inch mobile workstations for some time (read our reviews of the Lenovo ThinkPad P53 and Dell Precision 7540).

Regardless, this is big news for HP, as it means it can now offer customers a level of GPU performance that was previously only available in the 17-inch HP ZBook 17 G6. 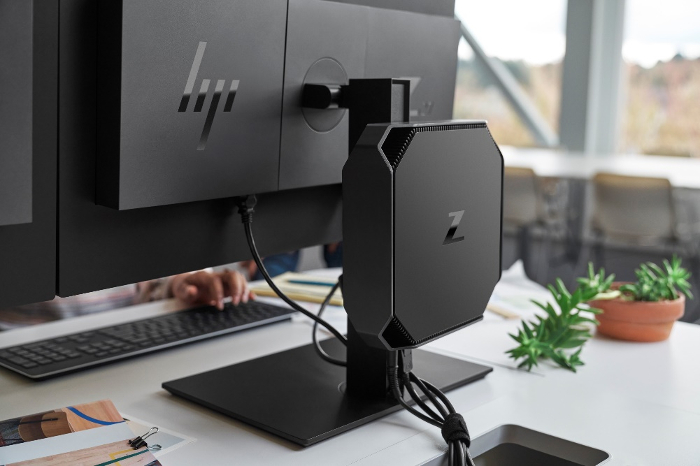 HP also has a new 17-inch mobile workstation, the ZBook Fury 17 G7, which is 29 per cent smaller than the HP ZBook 17 G6 it replaces. It’s not as slender as the new Dell Precision 5750, but it does offer more expandability and faster graphics, with support for a range of GPUs up to the Quadro RTX 5000.

Both ZBook Fury laptops feature improved thermal solutions that ‘enable full CPU and GPU performance’ and draw air in from the bottom and out at the back through an ‘unobstructed exhaust’.

HP also claims that battery life has been extended due to the re-engineering of the graphics controller and is now up to two and a half times longer than the previous generation.

Serviceability has also been improved with the removeable back panel providing access to all memory slots, all storage slots, as well as wireless LAN and wireless WAN. Finally, users now have the option of a 100 per cent DCI-P3 HDR 400, Pantone validated Dreamcolor display. 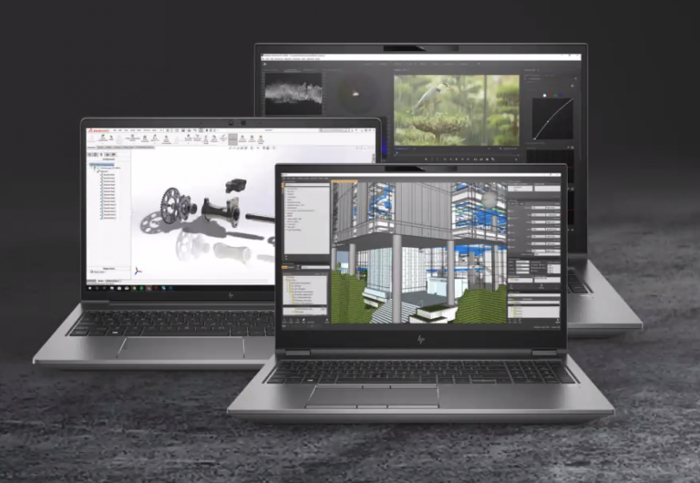