Moving BIM models to the cloud for collaborative workflows is a growing trend. This month Autodesk previewed its forthcoming ‘Skyscraper’ technology.

Autodesk has made a number of significant moves to embrace the cloud over the last three years. In fact, AEC magazine first broke the news of its Skyscraper development last year, after visiting Autodesk’s San Francisco HQ while trying to find out what it was doing to help customers get over Revit’s performance challenges.

Skyscraper, it was said, would put the database in the cloud, connecting teams and removing the complexity of Revit server implementation and expanding its capabilities.

Project Skyscraper is described by Autodesk as a technology preview, which means that it is not yet commercially available. However, it is expected to be released sometime later this year.

With Skyscraper, multiple companies or firms with multiple locations can concurrently author a model using a Revit BIM process. Extended teams can also log in and view, search and provide feedback on project models. “Our customers have told us that technology can actually get in the way of their collaborative workflows.

“We built Project Skyscraper and integrated it with Autodesk 360 to break down those barriers and let the team focus on delivering high quality buildings on time and on budget. “Our production beta customers are already reaping those benefits, and we look forward to delivering an entirely new form of collaboration to our AEC customers.”

The software features an integrated chat capability and this is in some way context sensitive to the project. Other features like view and mark-up are also slated to make an appearance. Mr Bernhardt explained the growing benefit of Autodesk 360.

“By connecting to the new Autodesk 360 (autodesk360.com), the entire project team can now view, search, and do social interactions on the project data — RVT, DWG, NWD, Office, video, images, cloud renderings, with more to come, so long as they have a modern web browser or mobile device. The key part here is removing the need for everybody to be experts in the authoring tool to participate in the feedback loop.”

Shunting BIM data around different domains in Revit has not been for the feint of heart. Revit comes with ‘workshare’ built in for Local Area Networks and Revit Server is also included for use over Wide Area Networks.

Revit Server implementations can come with some technology overhead, as we have come across a number installations of Revit Server at large firms that utilise expensive Riverbed engines to compress and send Gigabytes of model data between sites to speed up synchronisation between remote Revit Servers.

Project Skyscraper improves on the Revit Server architecture, by acting as a central point and proactively caching the delta updates on the local machine using what Autodesk calls the Personal Accelerator. This should mean that in most cases there does not even need to be any data download, as part of a ‘Sync with Central Server’ transaction itself, because the deltas are already on the local machine waiting.

The result will be less cost and less waiting for synchronisation. However, Internet speed does vary greatly around the world. While, overall, bandwidth is improving, there is no guarantee that participant locations will be limited and prove to be a bottleneck for the use of a web-based central host. That said this would be a limitation for a VPN or a traditional Revit Server implementation. 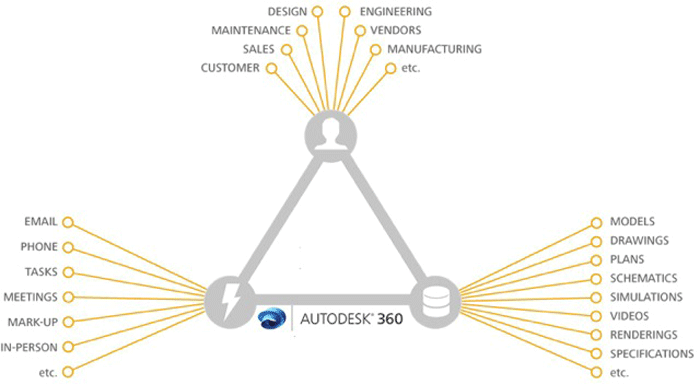 Skyscraper runs on the Autodesk 360 platform, providing users with access to additional cloud services such as simulation and rendering

For the beta program, Autodesk is looking for participants located through Amazon’s first server node, which is on the East coast of America. To roll this out, Autodesk would have to be running its Skyscraper software on servers hosted in many places.

Obviously distance from the hosted server has some bearing on performance.

While Autodesk is making efforts for desktop-based Revit to use the cloud to store and share its datasets, we also know that the company is working to host the applications on the cloud.

This would eradicate the need for local caching and would enable access to design tools and data through a thin-client architecture. Autodesk has already demonstrated and offers a virtualised Revit running on an iPad. As long as customers can overcome the fear of storing their design data on a public cloud server (Autodesk uses Amazon), we suspect that this vision will be a viable reality within five years.

Autodesk now has LAN, WAN and cloud collaboration solutions for Revit workflows. It is clear to us that the additional features for the 360 platform, combined with the easy implementation of Skyscraper will eventually be the default collaboration platform in the Revit world.

Firms that prefer the security of an in-house solution will still have Revit Server, as Skyscraper will not be available as a behind the firewall implementation. We are moving into a time when the bandwidth available may well become the most important metric for an AEC company.

Phil Bernstein, a vice-president at Autodesk, is responsible for future vision and strategy for technology serving the building industry.

At the Skyscraper beta launch he spoke about the next digital phase of design:

“We are seeing a re-convergence of design with construction. Digital technology has affected that relationship. We have gone from plans sections and elevations, analogue constructs of complexity through digital drawings to digital prototypes and simulation to the new era of ‘context’.

‘Context’ is the cloud, infinite computing, distributed information, deep connectivity, social networking etc, We are starting to design within a systems context.  It’s about measuring and predicting outcomes.

“What is the relationship between design, ideation and construction in a world where digital technology is moving from these episodic models to representations of systems? We are going to have teams connection by the Internet, where things are connected by the Internet.

“We have multiple projects in the pipeline that will enable this, such as Project Skyscraper, which is Revit Server in the Cloud. It removes the need for IT infrastructure and provides a place where rich contextual data can reside that is accessible to all participants, breaking down walls between design, ideation and construction”.