For team collaboration and design / review in VR, Autodesk BIM 360 is starting to emerge as a central hub, while the wireless Oculus Quest headset gains traction. Greg Corke reports

When the first wave of AEC-centric VR tools came out in 2016 the focus was on bringing CAD or BIM models quickly into VR, automatically optimising model geometry so users had a comfortable VR experience.

To some extent, this has now been realised and in the last few years attention has shifted to adding practical functionality to support team collaboration and design review, with local or global teams. We all know that VR can be great for spotting and resolving issues, or simply for better understanding of design, especially when non-technical folks are involved.

The emphasis is now on workflow and Autodesk BIM 360 iis emerging as a key enabling technology. Both Insite VR and The Wild recently integrated their collaborative VR products with Autodesk’s cloud-based construction management platform. Iris VR, which we reviewed back in 2017, is in the process of doing so, and Unity Reflect will also have a future integration.

With Insite VR users can go from Autodesk BIM 360 into VR at the click of a button. Conversely, an issue can be flagged in VR and automatically funnelled back up into BIM 360 as a BIM 360 issue

The big benefit of integrating with BIM 360 is that VR becomes a natural extension to design review. Rather than having to actively prep data for a VR meeting using a plug-in for Revit or another BIM authoring tool, the VR optimised model is pre-processed in the cloud. Then, when you think an issue might be best resolved in VR, simply pop on a headset and away you go.

With Insite VR and The Wild, data automatically gets pulled in whenever a new Revit, Navisworks or other 3D file is published to BIM 360. It means project participants don’t have to worry about having the latest revision. In InSite VR, entering VR is as simple as clicking the ‘View In VR’ button in BIM 360. You’ll then need to download the model locally, of course, but the workflow is seamless.

Once inside VR, project participants can explore coordination and constructability issues, looking for visual clashes or collaboratively working on resolutions to ones that have already been identified. In the shared virtual space, project participants see each other as avatars, who may or may not be in the same physical room. As everything is done via the cloud, collaborative VR knows no geographic boundaries. A New York architect can collaborate with a London structural engineer and talk over VoIP.

Workflow from BIM 360 to The Wild

Using a keyboard while wearing a VR headset is impractical, so software developers first turned to virtual keyboards, but these were clunky to use. Now the standard way to flag up issues in VR, adding annotations to a model is via speech-to-text.

In both The Wild and InSite VR users can point at an object, then dictate to leave a text comment. Annotations are persistent, so not everyone has to be in VR at the same time. Comments can also be viewed on a desktop viewer. The Wild also has an Augmented Reality app for the iPad.

Measurement and sketching tools are standard, but The Wild goes one step further with a massing tool that lets you model simple 3D boxes inside VR. It’s not particularly sophisticated, and there are better tools for conceptual design in VR including Arkio (arkio.is) and SandBOX I/O from Foster + Partners, but it’s a great way to explore spatial concepts.

When an issue is identified or resolved in VR, keeping track and making sure decisions get acted upon has long been a shortfall of VR software. While most applications can generate PDF reports, this breaks the digital workflow, and firms then need to manually locate those issues in the BIM authoring tool or feed them into some kind of issue resolution software.

InSite VR is solving this by making its BIM 360 integration bi-directional with the help of cloud-based development platform Autodesk Forge. When an issue is flagged in VR using speech-to-text, it automatically gets funnelled back up into BIM 360 as a BIM 360 issue. At the end of the collaborative session, the project manager can then go into BIM 360 to assign issues to individuals and set due dates etc. It’s all about accountability.

There’s still plenty of room for improvement here, and it would be great to get an integrated workflow for clash detection, but it’s a good first step to closing the all-important feedback loop. The Wild and Unity are also working on similar functionality.

Cutting free of the cable

In AEC, VR has been dominated by cables, but the Oculus Quest looks to be changing this. At Autodesk University in November, The Wild, Insite VR and IrisVR were all doing demos with the new wireless VR headset. While other VR headsets are supported, including the tethered HTC Vive, Oculus Rift and Windows Mixed Reality, it’s the simplicity of the Oculus Quest that is proving popular with AEC firms. There’s little to no setup and, of course, collaborators don’t have to worry about tying themselves up in knots.

The Oculus Quest is completely self-contained. It doesn’t need a workstation or external sensors. But like its tethered counterparts, it supports six-degrees-of-freedom (6DoF) movement tracking, so users can walk freely, lean into objects and use the hand controllers like wands.

The downside of the device is performance. The built-in processor is significantly less powerful than a 3D-accelerated workstation. While experiences might feel the same, they probably won’t look the same, as the models need to be rendered much more simply in order to deliver a comfortable frame rate. In addition, the size of models that it can handle are significantly smaller. The Wild gets around this to some extent by streaming in the model at different Levels of Detail, but best practice in both The Wild and InSite VR is to section up models in advance. 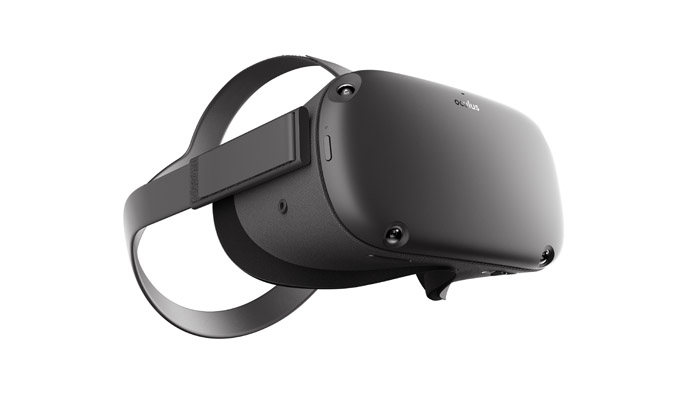 From a workflow perspective this isn’t necessarily an issue. Most of the VR software companies we talked to for this article agreed that design / review is often done best in a managed way. So rather than loading in an entire building and letting participants roam freely, sessions are pre-planned to focus on specific issues, with each having its own bite sized dataset. With InSite VR, for example, models for the Quest are typically around 20MB.

The Oculus Quest does have a trick up its sleeve. A new fibre optic cable called the Oculus Link allows the headset to be connected up to a workstation, so it works like an Oculus Rift and can support much larger models. This extends the usefulness of the device, as it would allow an architect to quickly view an entire building in VR during the design process using a tool like Enscape.

AEC-focused VR software has come a long way since the early days. Tools that essentially started out as VR viewers for BIM models are now evolving into powerful collaborative platforms. But rather than re-inventing the wheel, the software developers are now piggybacking on the back of Autodesk BIM 360 to develop managed workflows for design / review and issue resolution.

It’s interesting that Autodesk is happy to take a back seat here. In 2016, with Stingray and Revit Live, it had its own aspirations for VR, but now it’s actively working with companies like InSite VR and of course, building a special relationship with Unity. VR is a tough business, with new headsets coming online all of the time. Providing the cloud backbone for these VR focused firms to plug into is a smart way for Autodesk to get involved. 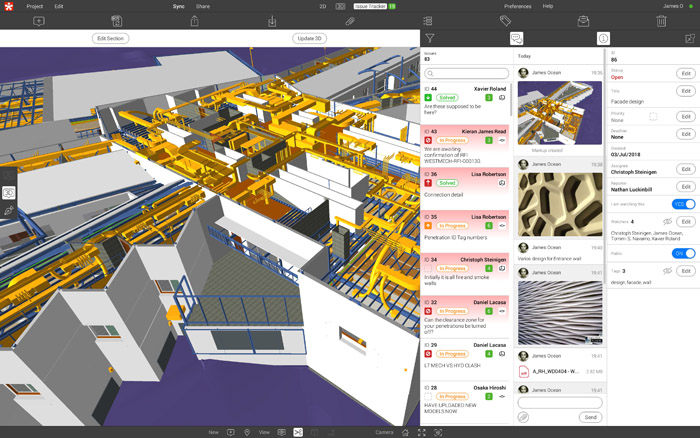 For a managed design / review process using VR you don’t have to go down the BIM 360 route. Revizto is a real time, cloud-based issue tracking and collaboration tool that has VR built in.

The software’s VR capabilities aren’t as advanced as the others covered in this article. For example, annotations are added using keyboard and mouse, usually by someone not wearing a VR headset. However, the software stands out for its highly optimised issue tracking workflows for teams.

Revizto has plans to extend its VR capabilities in the future. It currently has basic BIM 360 integration and also is working with Autodesk Forge.

Of course, VR doesn’t have to be done with VR headsets and Revizto can also be integrated with 1:1 scale CAVE-like solutions, including the Fulcro FULmax, Igloo Shared VR cylinder and Soluis Reality Portal. Some AEC firms prefer communal systems like these for better team communication.

Bentley Empowered: 2008 conference report
Open by Design
Barts and the London Hospitals
BE Inspired Netherlands
Dream catcher
Grand Designs goes high-tech
BIM at HOK
How architects can help the Metaverse live up to its hype
Advertisement
Previous Post
Next Post