This monthÝs gallery showcases the work of Designhive, featuring a proposal for a futuristic self contained city, located just outside of Kuwait City, and DeJong Design Associates, a residential architectural design firm located in Calgary 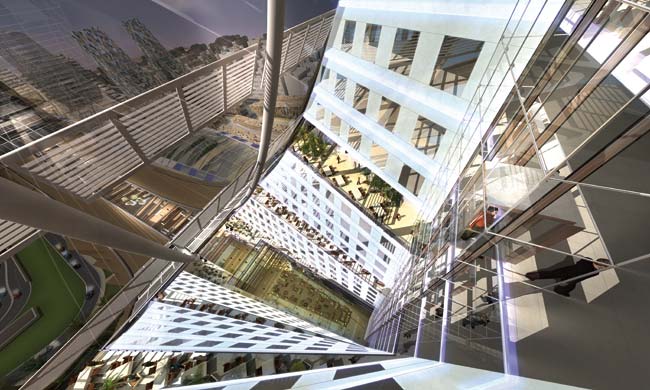 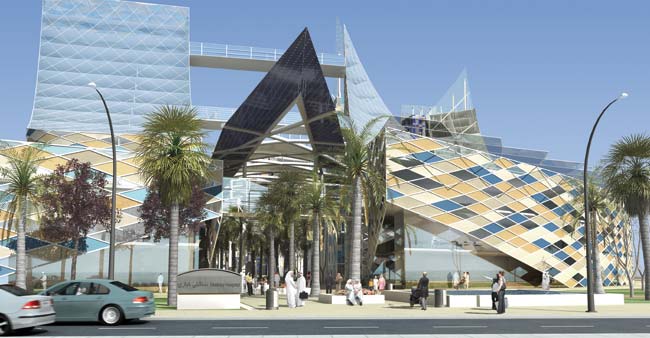 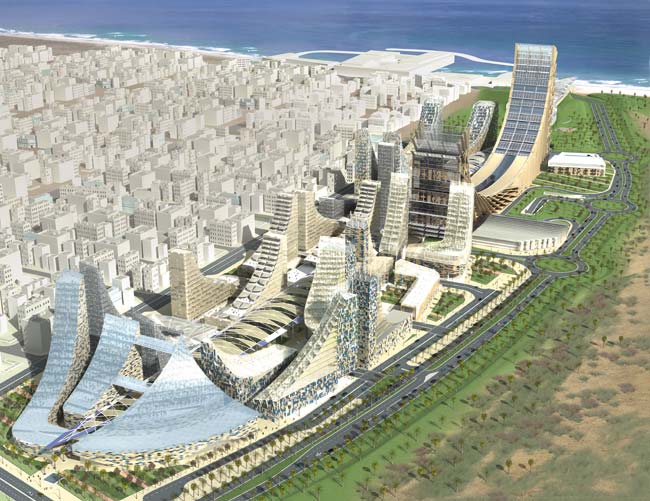 This proposal for a futuristic self contained city, located in Fahaheel just outside of Kuwait City, incorporates just about every bit of infrastructure you could dream of, ranging from hotels, retail, and residential units, to leisure facilities, hospitals and educational establishments. The pioneering 32-storey design, which pushes the boundaries of modernism, also features an undercover walkway designed with new technology to keep temperature cool and stretches from one side of the city to the other.

Designhive, an architectural visualisation agency based in Surrey & Central London, was brought on board to create the branding identity of the city and create a series of stills and animations to present to the government of Kuwait and potential investors. The companyÝs designers, all of which have architectural and interior design backgrounds, developed the visualisations inside 3ds Max using a mixture of information supplied by the original architects including 2D CAD drawings, hand drawn sketches, and 3D concept models. The VRay lighting plug-in was utilised to produce realistic lighting effects. Texture-based mapping was used to reduce the polygon count in animations and speed up render time on its 60 processor render farm.

ýIt was important for the client that the animations were of the same quality as the stills produced and we achieved this on the project using ÙCombustionÝ to composite layers within a sequence of rendered frames,¯ says Janine Tijou, Director of Designhive. ýWe also composited the model into live aerial footage using a program called Boujou. WeÝve been using this product for the last three or four years and itÝs becoming a much sought after commodity in our industry having buildings shown in context.¯ ýIt is an honour to have been such an important part of an incredibly pioneering project like Khabary,¯ concludes Janine. ýWe revelled in the fact that the requirements of this project pushed us and we rose to the challenge with relish; the end result is one which presents Khabary as a future city with vibrant community and many economic reasons to justify the scheme. ItÝs a powerful set of dual language animations. 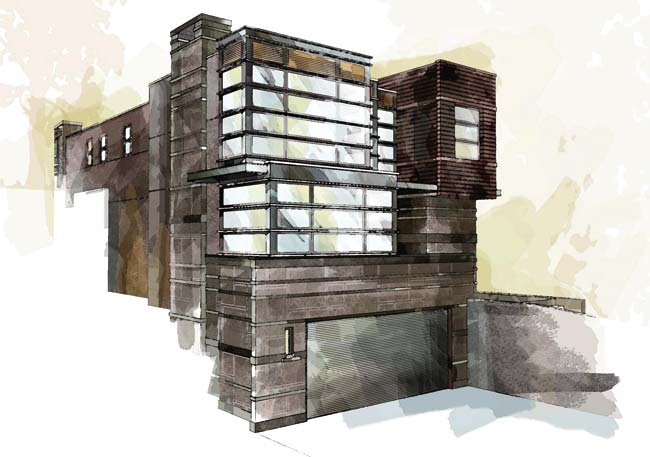 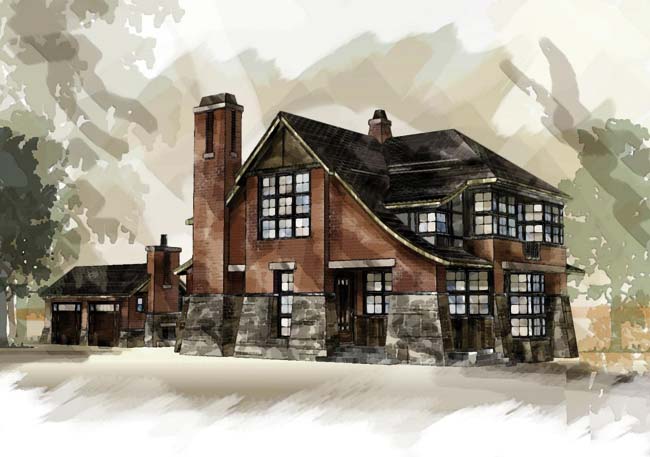 DeJong Design Associates is a residential architectural design firm located in Calgary, Alberta that focuses on inner city and vacation properties. Through SketchUp, DeJong imports a flat 2D AutoCAD drawing and builds 3D impression of the residence. Piranesi is then used as the catalyst, allowing for an increased spectrum of artistic creativity.

ýMost rendering software creates a hard computerized graphic, straying from the traditional architectural rendering,¯ says David A.Walker, Dejong Design Associates. ýHowever weÝve found that Piranesi stays true to the masterful representation in this particular industry that has always been so appealing. The usage of PiranesiÝs controls and tools allows us to achieve a rendering that truly feels and looks like a hand-rendered impression.¯