GEO-10, the dedicated event for geospatial technology, is set to take place on the 24th and 25th March 2010 at the Ricoh Arena, Coventry. AEC Magazine gives a run down of who’s who on the exhibition floor plus an overview of the two-day seminar.

From measurement and data collection through to advanced geospatial analysis and visualisation, GEO-10 is set to bring together a wide range of geospatial technologies for two days this March. The annual GEO conference and exhibition is designed for everyone involved in construction, civil engineering, development, local/national government agencies, professional survey practice and consultancy. It will include show floor seminars, live product demonstrations, professional development and networking opportunities, including a Las Vegas-themed gala evening on 24th March.

StreetMapper is a mobile mapping system designed for the rapid mapping of highways, infrastructure and buildings.

GEO-10 will again be hosting the m3 conference. Representing the three m’s of measuring, modelling and managing geospatial information, this year’s programme features plenary sessions on both days. The aim is to bridge the gap between those engaged in geospatial data collection and those developing or using commercial applications for geospatial data so that both sides can learn from the other. 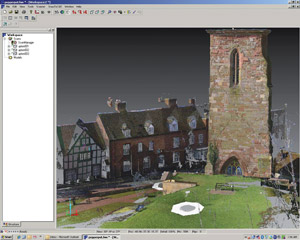 On the show floor, exhibitors will be demonstrating the latest technology and developments in the fields of Geographical Information Systems (GIS), global positioning and navigation systems, laser scanning, data modelling and analysis and mapping together with leading trade organisations and academic institutions. Throughout the exhibition floor there are a number of technologies designed specifically to get survey data directly into CAD software. In addition, laser scanning and the software required to manage the huge datasets it creates, will also have a major presence.

Here is a run down of some of the key AEC-related companies to watch out for at the show.

Nottinghamshire-based 3D Laser Mapping will be demonstrating StreetMapper and StreetMapper Portable, the mobile mapping system designed for the rapid mapping of highways, infrastructure and buildings.

StreetMapper 360 offers a 360-degree field of view and a range of 300m. It uses V-Line scanners from Riegl and an integrated high-resolution digital camera can be used to capture either still or video images. 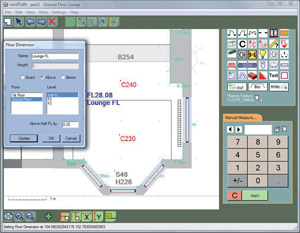 Miniplan can be used to generate CAD-ready floor plans.

In addition to its mobile mapping systems, 3D Laser Mapping offers the full range of terrestrial 3D laser scanners from Riegl including the VZ-400, and the LMS-Z620.

The company also sells a range of software including PoinTools that offers the ability to work with large point cloud datasets within AutoCAD, and TerraScan, a dedicated software solution for processing laser-scanning points and creating fully-featured terrain models.

Applications in CADD (AiC) develops a range of software for all aspects of data capture, processing, display and retrieval of informatics for the engineer, designer, architect, or surveyor. 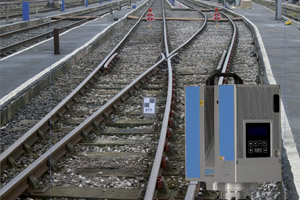 Z+F’s Profiler 5006i allows 2D profile data to be captured over tens or hundreds of miles, for example over a rail network.

Among the many products on show, the company will be presenting its AutoCAD-based 4Site survey and data capture software. Intended for use infield with small rugged tablet PCs, 4Site Survey links total stations and GPS receivers directly into AutoCAD. As soon as an angle/distance measurement is taken, or a GPS reading recorded, the software automatically converts the data into the local XYZ co-ordinate system of the drawing. As a result, drawings can be created, edited and updated while still in the field.

Faro will also be showing Faro Scene 4.6, the latest release of its scan processing software for point cloud data that enables users to post-process laser scans. The software automatically detects reference marks and assigns them to each other. Meanwhile, the individual scan locations are positioned in 3D to each other and, upon request, geo-referenced. 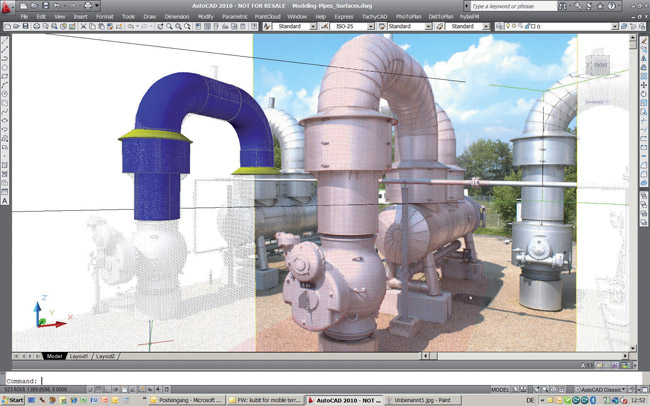 Miniplan will be presenting its building measurement software, which is designed to generate CAD-ready floor plans and calculate floor areas, surface areas and room volumes automatically on the fly.

The software works with a range of devices including ultra-mobile personal computers (UMPC), PDAs and smart phones, tablet PCs, laptops and PCs. Measurements can be automatically recorded from any Bluetooth Leica Disto, or may be manually entered if using a tape measure.

miniPlan is available in three versions: miniPlan Go, an express version of the software, miniPlan Pro for the generation of more detailed plans, and miniPlan Profiler which uses the tilt sensing abilities of a Leica Disto D8 to measure sections and profiles of buildings, bridges, tunnels and other structures. 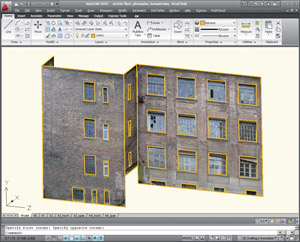 PhoToPlan enables true to scale rectification of digital or digitised photos and plans within AutoCAD.

Kubit will be demonstrating a range of software designed specifically to help get surveying data directly into the CAD environment. TachyCAD works as a direct plug-in to the latest versions of AutoCAD and AutoCAD LT and using a total station like a 3D/real-world mouse, users are able input familiar CAD commands to perform traditional surveying techniques.

DistToPlan is an AutoCAD and AutoCAD LT-based solution that uses a Bluetooth hand-held laser to measure distances. These are immediately transformed on site into true to scale CAD data: rooms, doors, windows.

PointCloud is an AutoCAD-based post processing software for 3D laser scanning data that is designed to work with a wide variety of scanners. In addition to managing millions of points, the software offers a variety of functions designed to facilitate and speed up the processing and evaluation of point clouds in AutoCAD. PointCloud Pro extends the functionality with advanced modelling and clash detection tools.

PhoToPlan enables the true to scale rectification of digital or digitised photos and plans within AutoCAD and AutoCAD LT, and finally hylasFM structures new or existing CAD floor plans, the results of which can be used within regular CAFM software that requires geometrical and non-geometrical building data. 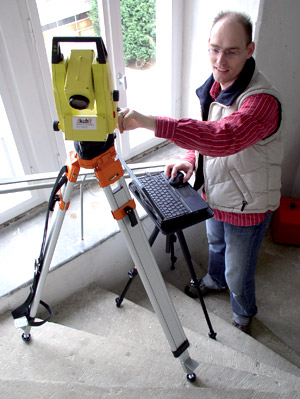 TachyCAD uses a total station like a 3D/real-world mouse directly inside AutoCAD.

Pioneers in high-dynamic range (HDR) capture devices, Spheron, will be presenting its latest camera technology, which is specially designed for professionals who want to create lifelike 3D renderings.

The fundamental idea behind this ‘image-based lighting’ technology is to measure the true luminosity at the survey location and use it to illuminate computer-generated objects inside a range of design visualisation software. 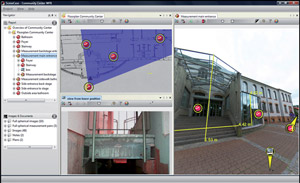 South Survey will be presenting GStarCAD, a low-cost alternative to AutoCAD based on IntelliCAD. The product uses DWG (2.5 to 2009) as its native file format, which is provided through the OpenDWG specification. It also offers compatibility with AutoCAD command line, menu (.MNU) and script (.SCR) files, hatches, fonts and true type fonts, complex line types, multiline text, lightweight polyline, draw commands, audit and recover as well as AutoLISP and ADS.

South Survey will also be presenting other software tools including SiteMaster, a mobile surveying solution that creates AutoCAD compatible drawings on-site. The product is designed for professional surveyors and other non-CAD professionals.

Z+F will be launching the latest release of its LFM modeller, which is used to convert high-resolution scan data into intelligent CAD models. The Manchester-based company will also be showing LFM Register, which is used to ensure 3D laser scans are correctly orientated to a defined co-ordinate system, and LFM NetView, a web-based application that allows 3D laser scan data to be shared with peers and colleagues.

In terms of laser scanning hardware, Z+F will be demonstrating a number of machines. The Profiler 5006i allows 2D profile data to be captured over tens or hundreds of miles, for example over a rail network, while the Z+F Imager 5006i can capture up to 500,000 pixels per second and boasts improved point cloud data quality when compared to its predecessor, the Imager 5006.

An optional M-CAM Camera that adds coloured laser scan data to the Imager 5006i is also available. www.zf-uk.com