The move to BIM is far from complete, but adoption is accelerating on a global scale. We are now at a stage of refinement and of agreeing standards for traditional federated design and construction chains, with Stage 3 looming and a new deadline about to be announced.

But as you know, it’s not all about BIM authoring tools, which are fairly mature, ‘known entities’ with a low development velocity. The AEC technologies that are accelerating the fastest are in parallel areas, such as VR, AR, laser scanning, photogrammetry, drones, reality capture, robots, collaboration, digital fabrication, generative design, smart cities and artificial intelligence.

It seems one could go to a BIM event in London almost every week and trawl over the same uninspiring topics like PAS 1192 conformance and how to try to write good COBie. With this in mind, AEC Magazine has decided to buck the trend and launch NXT BLD (NEXT BUILD), a new conference covering areas which are set to drive the digitisation of the industry far and wide, beyond the finer details of BIM modelling. NXT BLD is not a BIM conference – it explores future technologies that could completely change the way we design and build.

Our inaugural event will be held in London on 28 June at The British Museum, in association with our partner, Lenovo. The focus will be on a number of technologies that are already causing a buzz.

VR development for architecture and construction has gone into overdrive with a range of fully immersive technologies to help firms make informed decisions that directly impact project outcomes. From conceptual modelling to collaborative design review, VR is touching all bases. The cost of VR headsets is reaching commodity pricepoints and the AEC industry has been making 3D models for years. It seems the perfect time for adoption as the entry-level kit needed doesn’t cost the earth.

iPads on site are becoming more commonplace, but AR headsets will take on-site digital information to the next level, making it available in context and hands free. There are still some uphill battles as the headsets are relatively expensive and low resolution. However, there are already some major firms exploring how AR in construction can deliver information on site, at the precise point that it’s needed to drive efficiency and enhance safety.

Laser scanning has been with us for years but remains expensive and requires surveying skills. Now, it competes head on with photogrammetry, which uses complex algorithms to compile and process hundreds of photographs taken with a simple point-and-click camera to derive accurate 3D models. Both technologies are very close in terms of accuracy, bringing access to reality modelling within the grasp of everyone. It has never been so easy to grab the as-built state of a project, both outside and in, and link this to VR or AR.

The word robots summons all sorts of thoughts, from automated vacuum cleaners to terminators from the future. Many firms in the AEC sector are already experimenting with robot-assisted construction, from robot arms creating 3D prints and laying bricks, all the way to fully automated onsite assembly.

With increased demand for making larger, more complex models and delivering seamless immersive experiences, there are new pressures on workstation portability, CPU and GPU power. An entry-level graphics card which drives a CAD or BIM system is not good enough for a smooth VR experience. It’s time to rethink the hardware dynamic for these next generation design and construction tools.

We are bringing together 12 experts from around the world to talk about the realities and future possibility of using these technologies, including speakers from leading firms such as Gensler, MX3D, Skanska, dotproduct, Laing O’Rourke, Bentley Systems, Soluis, Mamou-Mani, Space Group, ArchiSpace and others. See the full conference program here

NXT BLD takes place on 28 June at the BP lecture theatre in the Great Court at The British Museum. Doors open at 8.30am and the conference starts at 9.30am. There will also be an exhibition for hands-on experiences. The conference ends at 5.30pm, followed by a social drinks reception. 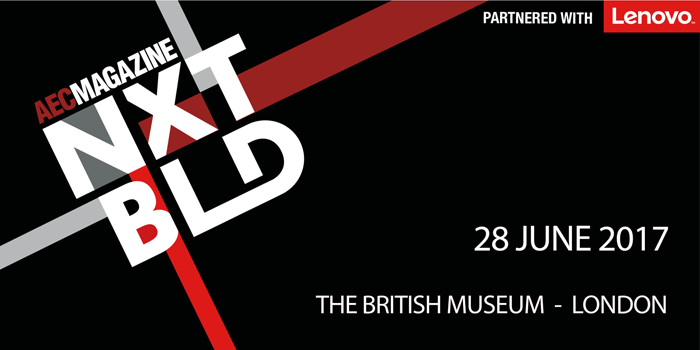 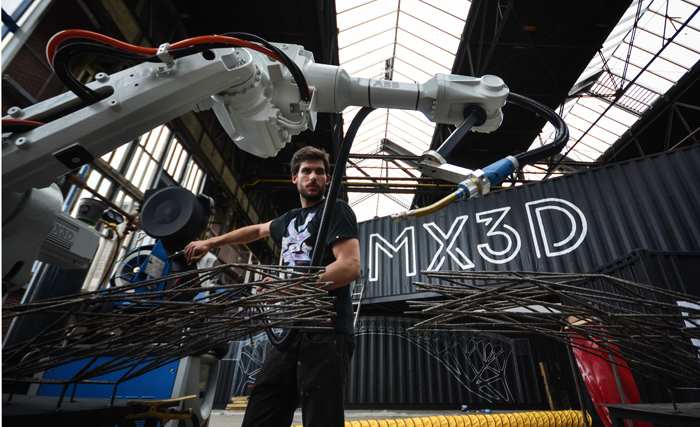