Taking 2D AutoCAD files as the starting point for its visualisations Coevolution used a combination of Autodesk VIZ and ART VPS’s Pure card to create the photorealistic imagery for accommodation on a golfing retreat.

Adam Brewster and Helen Jackson are chartered architects, yet neither actually designs buildings – at least not in the conventional way. The co-founders of Coevolution, an architectural visualization firm based in Edinburgh, Scotland, use 3D photorealistic images to portray the intimate details of a building before it is even built.

A recent project for Edinburgh-based Caledonian Heritable Ltd. is typical of how Coevolution works with it’s clients. Caledonian Heritable came to Coevolution with a completed design prepared by architect Yeoman McAllister. The development company was working on a project called Archerfield, consisting of two 18-hole golf courses, 50 holiday cottages, and 100 luxury residential homes. The project also included restoration of Archerfield House, an 18th-century residence that was once home to Herbert Asquith, Scotland’s Prime Minister from 1908-1916. The historic home was the site of a wartime meeting between Winston Churchill and President Franklin D. Roosevelt to discuss the D-Day landings of 1944.

Everyone understands a photo

Coevolution’s job was to create photorealistic images showing how Archerfield House and 17 of the luxury homes would look when completed. The visualizations would then be used in marketing brochures and a web site. Coevolution used Autodesk VIZ to create the visuals, and ART VPS’s Pure card for rendering.

“The projects we visualize are always designed by others,” says Brewster. “Our goal is to communicate the design in an easy-to-understand format – and everyone understands a photo.”

Coevolution received 2D AutoCAD files of the designs for the Archerfield project. Brewster imported the files into VIZ to help locate the 3D objects needed to build each scene. Instead of simply rendering the AutoCAD files, Brewster built all the 3D objects from scratch. This provided full control over the objects, allowing him to optimise performance as required.

The partners decided at an early stage in the project to use ART VPS technology for rendering. Brewster built each scene with this in mind, using materials, lighting and cameras from ART VPS’s RenderPipe plug-in for Autodesk VIZ. RenderPipe provides a seamless path between the 3D application and the Pure PCI card, which speeds image processing by splitting it across an array of eight specialized ray-tracing chips. As with any project, Brewster created early draft models in VIZ and used those to gradually refine scenes based on client comments.

“The early draft models enable us to quickly identify issues that the client is concerned about or feels are important,” says Brewster. “Pure rendering allows us to quickly show a good approximation of the final product. Everyone can see what is going on at an early stage and we avoid any surprises.” 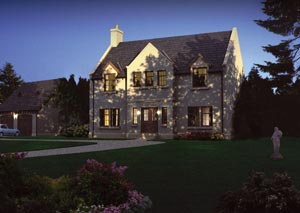 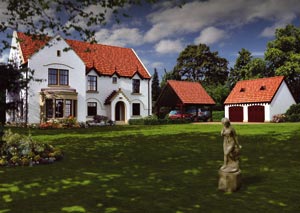 The Pure card was used to render each scene, usually overnight. Photographed elements, including plants, vehicles and landscaping, were then added to the rendered scene using Jasc Software’s Paint Shop Pro.

“The images produced for the Archerfield project are some of the most appealing and visually atmospheric ones we have produced to date,” says Brewster.

Best tool for the job

Since purchasing the Pure card, Coevolution has also started using a small render farm containing four networked PCs. The render farm helps minimize production times for animations, but doesn’t always provide the level of realism that a project such as the Archerfield development might require.

In most cases, Coevolution selects one method for an entire project. But depending on the nature of the project, Coevolution might use the render farm together with the Pure card. Brewster and Jackson used both techniques for a recent project that required a variety of footage. The Pure card was used for detailed, realistic renderings, while the VIZ software renderer was used for more basic scanline renderings.

“If it wasn’t for the exceptional quality and ambience of a Pure image, we might have started using the render farm technique exclusively a long time ago,” says Brewster. “But the quality of a well set-up model in Pure is very believable and better than anything we could achieve using VIZ.”

Coevolution carefully considers each project to determine the level of realism that a scene requires, and the method that is best suited to achieve it. With VIZ alone, Coevolution can use the IES daylight system to provide good, quick results. The Pure card offers benefits in the way materials are treated and how the cameras accurately imitate the performance of a real camera.

“While VIZ struggles with some materials, including brushed metal, translucent surfaces and refractions, the Pure card takes these in stride,” says Brewster. “There is an intangible quality of light that distinguishes a Pure rendering from a standard VIZ rendering, and makes it worth considering for any project.”

Brewster and Jackson’s architectural backgrounds enable them to fully understand all the elements of a building’s design and construction. Adding to this competitive edge is the partners’ attention to detail and ability to determine the best tools for each individual project.

“We always strive to achieve a level of realism where the viewer cannot easily distinguish our work from a photograph of a completed project, and will even believe that the subject of the image actually exists,” says Brewster. “Even a trained eye will sometimes have difficulty in identifying that our images are not photographs.”