Intel has launched the Intel Xeon W-3175X, a new workstation-class processor with 28 cores that can Turbo up to 4.3GHz out of the box, with a base clock speed of 3.1GHz. It is designed to offer balanced single threaded and multi-threaded performance, so can be used for CAD and ray trace rendering, and is also the first Xeon processor that is unlocked so it can be overclocked. Traditionally, only Intel Core series processors can be easily pushed beyond their core clock speeds.

The Xeon W-3175X is likely to be Intel’s response to AMD’s 32-core Second Generation Ryzen Threadripper processor which launched in August and is reviewed in full here.

The new 28-core processor has a massive TDP of 255W. This is similar to the 250W 32-core AMD Ryzen Threadripper 2990WX and significantly more than most desktop Xeon processors. Power draw will likely get even higher if the chip is overclocked. The platform supports 6-channel DDR4 memory with up to 512 GB at 2666 MHz, and ECC.

Intel also announced three 9th Generation Core desktop processors, including the Intel Core i9-9900K which boasts 8 cores, 16 threads, a base clock speed of 3.6GHz and a Turbo of 5.0GHz. It will cost $488.

We expect all of these processors to find their way into workstations over the coming months. 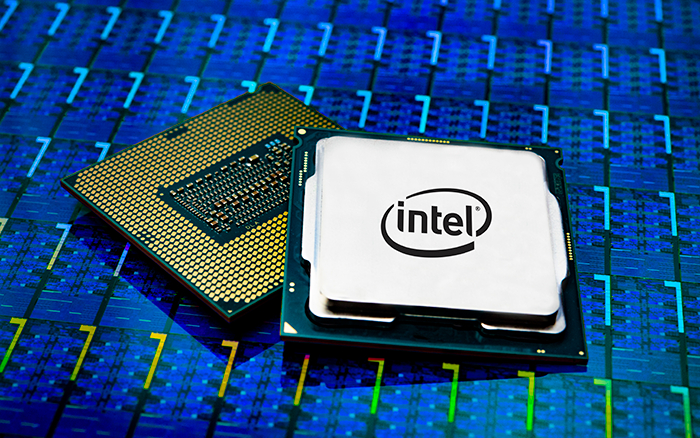