It is hard to escape all the hype and hoopla generated by the software industry concerning Building Information modelling (BIM). Autodesk, Bentley and Graphisoft have long been championing the benefits of using BIM to create intelligent models, which can automatically produce co-ordinated project drawings.

In spite of this effort, adoption has been slow. In the UK it is estimated that only 10 percent of projects are completed using BIM technology versus traditional 2D technologies. This figure is way behind usage in America, where McGraw Hill Construction estimates 49 percent of practices use BIM tools.

There are many reasons why architectural practices have not moved to BIM, especially in the last two years where the poor economy and drastic reduction in fees has put pressure on technology investment.

However, early adopters have proven that 3D and BIM methodologies offer a better way of working. Firms such as Mott MacDonald, Aedas, Ryder and Laing O’Rourke all testified at Autodesk’s BIM conference in London late last year. The overall impression was that the benefits promised of co-ordinated drawing production, simplified management, better project team integration, increased productivity, improved scheduling, reduced risk and less waste, were all achievable given a pragmatic adoption methodology. As an added incentive it is looking highly likely that the UK government will soon mandate BIM on future public projects.

Oddly enough, deploying BIM in these large firms is more difficult than in a small practice; the momentum of traditional methodologies makes it difficult to alter course. The benefit of BIM to small firms is that more work can be done in less time, with higher quality, richer documentation. 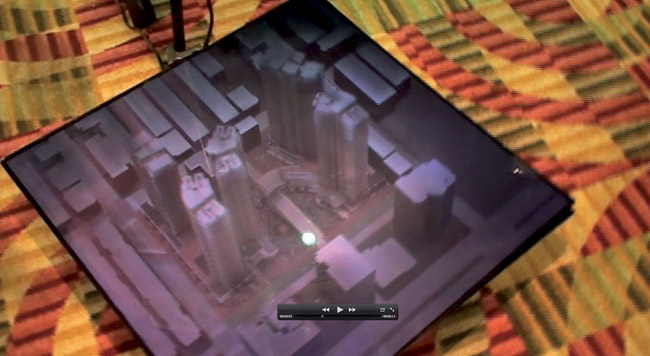 However, the cost of buying BIM software can be a key stumbling block for small companies. To answer this, Graphisoft has recently started to promote a cut-down version of ArchiCAD, called ArchiCAD Start Edition (SE), which retails at £999 for the entry-level package.

This is a significant new price point and drops the seat price to a third of any comparable BIM offering. Even compared to non-BIM design tools, ArchiCAD SE is cheaper than a copy of Autodesk’s AutoCAD LT,

In addition, should SE customers wish to upgrade to full ArchiCAD, the initial purchase price will be discounted off the full version. This is without a shadow of doubt, very aggressive pricing.

Before delving into what ArchiCAD SE offers, it is worth having a recap on Graphisoft and its position in the marketplace.

Established in 1984, Graphisoft is a Hungarian CAD software developer, based in Budapest on the banks of the Danube. In 1987 the company came up with the Virtual Building model concept, which is now know as Building Information Modelling. As such ArchiCAD is the most mature parametric BIM modeller on the market.

In 2006 German developer Nemetschek acquired Graphisoft, adding ArchiCAD to its other products, namely Vectorworks and Allplan. While in the UK Autodesk has more than 80 percent of the AEC market, in Germany, Autodesk is the minority competitor.

ArchiCAD is currently at Release 14, costs £3,000 and runs on both Apple Macintosh and Intel/Windows platforms. Out of all of the BIM solutions on the market, ArchiCAD is seen as being the more ‘architectural’ of the modelling packages due to its look and feel, as well as its primary focus on architectural tools, as opposed to structural steel and Mechanical, Electrical, Plumbing (MEP), although since 2008, there is an MEP add-on.

As BIM modellers go, ArchiCAD is fast and handles large models and greater complexity better than most.

While this may be the first time that I have written about the ArchiCAD Start Edition, this variant of ArchiCAD has been around for at least four releases. However, SE has not been available in the UK until now.

As cut down versions of software go, there is amazingly little removed from the program. If anything, the functionality is closer to the previous release of ArchiCAD. In ArchiCAD R14 some superb new team working tools were added, these are not included in SE as the ‘budget version’ is aimed at small practices or ‘one-man companies’.

ArchiCAD SE lacks many of the reference file capabilities of the full program, not supporting xrefs or references. There is no sketching, slanting walls, curtain walls or complex profiles (but there are ways around these).

There is no Lightworks engine for rendering and the software relies on the built-in OpenGL renderer. To get around this I recommend users buy an external rendering tool like Artlantis.

The final constraint is that ArchiCAD SE runs in only 32-bit, limiting the amount of RAM that can be addressed (4GB on a Mac). Other than that, ArchCAD SE is the real deal. If this is to be your first BIM modeller then there is absolutely loads of functionality to model any traditional commercial or housing project.

ArchiCAD SE may have selected functionality missing but it works with all the Graphisoft goodies and third party applications that are available for ArchiCAD R14. This includes the excellent Framewright timberframe design tool from Encina as used by the Oak Frame Carpentry company. There is a full export and import capability, with excellent support for IFC (Industry Foundation Classes) and models created in SE will work with ArchiCAD R14.

For those new to the product, for which I know there will be many, ArchiCAD SE comes with a comprehensive training book which will help new users get up to speed within a few days.

Graphisoft’s Virtual Building Explorer (VBE) really brings models to life. Any 3D textured model created in ArchiCAD can be saved as a self-extracting virtual environment, which offers real-time walkthroughs to explore the proposed building as if it were a modern computer game. VBE offers different graphical renderings, such as Hidden Line, Shaded OpenGL and Global illumination.

VBE is available in a bundle with ArchiCAD Start Edition and it comes highly recommended. The ability to send a client a complete model, or use VBE to submit designs for pitches or competition really enhances the hard work put into modelling in the first place.

Energy consumption is a growing concern for both new build and renovation projects. Graphisoft has developed its own integrated tool for energy evaluation, EcoDesigner. Using EcoDesigner, architects can analyse their design, at an early stage, for energy efficiency. Providing invaluable feedback on the building’s energy performance means the architect can make better decisions on how to conform to regulations. The graphical output shows the design’s carbon footprint (Co2) and energy balance.

While not in the base ArchiCAD SE package it is available for an additional £99, which is frankly a no-brainer.

While ArchiCAD SE does not come with a high-end ray tracing option built-in, users can opt to add-in external renderers such as Artlantis Render by Abvent (£675). However, Prices start from £375 for the base product with stills. Nemetschek’s Cinema4D and Maxwell Render are also two other worthy options. The built-in real-time OpenGL renderer also gives pretty good results.

The move by Graphisoft to create a new £999 entry point to BIM is the most significant thing to happen to the AEC CAD market since the creation of AutoCAD LT in 1993. It lessens the cost and risk of evaluating how a move from 2D to BIM would impact a small architectural practice’s workflow.

Graphisoft has had to fight probably the most to gain some mind share in the UK for its modelling tools, which is odd considering the company invented the desktop parametric BIM modeller. This new price point will allow many more small firms to acquire a mature, powerful BIM tool and realise that there are other credible options beside Autodesk’s Revit. My recommendation would be to get the £1,300 bundle which includes the VBE and EcoDesigner applications, as a combination, there is nothing comparable on the market anywhere near this price on Mac or PC.