This week at the Mobile World Congress in Barcelona Microsoft introduced HoloLens 2, its much anticipated next generation wearable holographic computer. Microsoft was joined by Bentley Systems who showed how with its Synchro XR for HoloLens 2 software, users can interact collaboratively with digital construction models to plan, visualise, and experience construction sequencing.

HoloLens 2 features more than double the field of view than the original mixed reality device, which many found to be a significant limitation. There’s also a new visual display system, which Microsoft says makes the holograms even more vibrant and realistic.

The updated device includes new eye-tracking sensors that are designed to make interacting with holograms even more natural. For example, when someone’s eyes land on a particular part of a machine, it can call up useful digital information about it.

Interaction with holograms has also been made easier. With natural hand tracking, users can now grab and rotate them as they would a real-world object, rather than having to learn gestures that mimic mouse movements.

“For the first time, you’re going to feel what it feels like to touch a hologram, to interact with a hologram and to play with it, almost where you forget that this is a piece of digital content you’re looking at as opposed to it just existing in the real world,” said Alex Kipman, technical fellow in Microsoft’s Cloud and AI group.

HoloLens 2 also includes iris recognition with Windows Hello authentication to make it easier for multiple users to log in and share the device. A new flip-up visor lets users switch easily between physical and holographic worlds.

Comfort has also been addressed. Microsoft says the new dial-in fit system makes the HoloLens 2 comfortable to wear for ‘hours on end’. Users can also wear glasses with the mixed reality headset because it now adapts by sliding right over them.

The HoloLens 2 features much wider field of view, features a flip up visor and is said to be more comfortable to wear 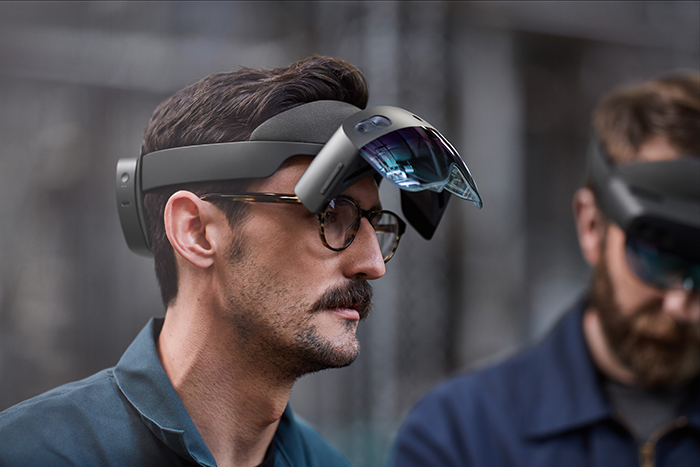 In terms of practical applications for construction, Bentley Systems showed how a project digital twin can be visualized with the HoloLens 2 via Bentley’s connected data environment, powered by Microsoft Azure. With the mixed reality solution, construction managers, project schedulers, owner operators, and other project stakeholders can gain insights through immersive visualisation into planned work, construction progress, potential site risks, and safety requirements. Additionally, users can interact with the model together and collaboratively experience 4D objects in space and time, as opposed to traditional interaction with a 2D screen depicting 3D objects.

Noah Eckhouse, senior vice president, project delivery for Bentley Systems, said, “Our Synchro XR app for HoloLens 2 provides a totally new way to interact with digital twins for infrastructure projects. Users benefit from a new perspective on the design and a deeper, more immediate understanding of the work and project schedule. Instead of using a 2D screen with a mouse and keyboard, the user can now walk around the model with their body and reach out and grab digital objects that appear to co-occupy physical reality. This is a powerful way to review work that is completed and to prepare for upcoming work at the jobsite.”

Menno de Jonge, director of digital construction for the Royal BAM Group, said, “We are currently using Synchro and HoloLens 2 mixed reality solution for the construction site for a large museum project in the city of Rotterdam. The real need for a digital transformation in our industry is about avoiding rework at our construction site. Using this technology, we can easily visualise the construction schedule. Then, we can see if we are behind in schedule, we can flag any potential problems or issues, look into the problems, and get back on track.” 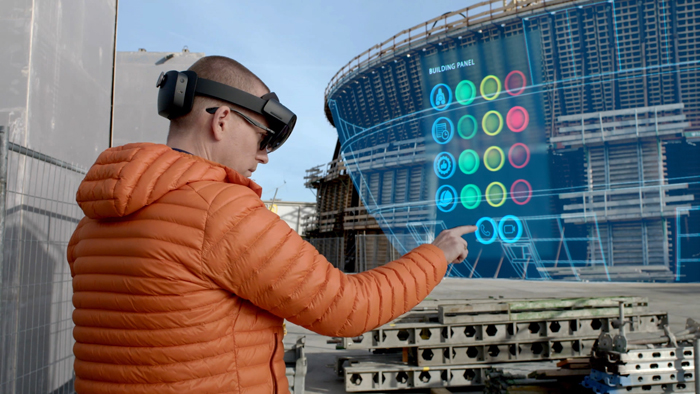 Bentley emphasised the importance of the cloud to track all the moving parts on massive infrastructure projects. By connecting each HoloLens device on a site to a master model that’s constantly updating in Azure, it helps ensure that everyone works from the same shared reality, with the latest information to sequence jobs, plan crane movements, track progress and keep workers safe.

“The cloud connectivity is critical because in these large projects the amount of information going back and forth between the field and the engineers and designers is continual,” said Eckhouse. “And the consequences of working on infrastructure projects in the physical world are very real.”

Meanwhile, Trimble has introduced a certified wearable hard hat compatible device, the Trimble XR10 with HoloLens 2, that enables workers in safety-controlled environments to access holographic information on the worksite. The company also announced that it is continuing to develop its cloud-based collaboration platform, Trimble Connect for HoloLens, to help site workers get more value from constructible 3D models and transform daily work such as assembly and inspections. 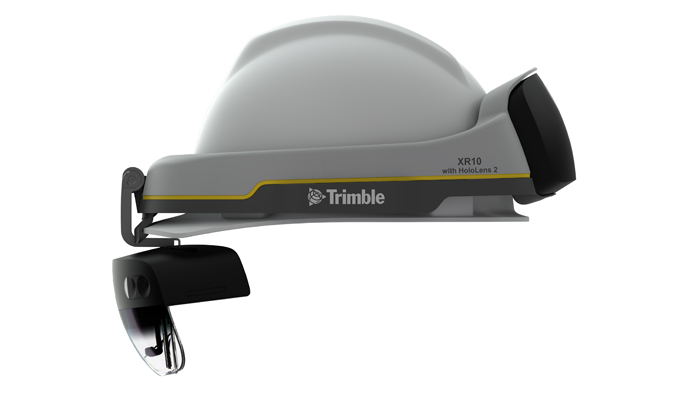 The Trimble XR10 brings HoloLens 2 to the construction site

Finally, Microsoft has introduced new Azure mixed reality services that are designed to help developers build mixed reality applications. One of these is Azure Remote Rendering, which helps reduce the need to “decimate,” or simplify a 3D model so it can run on target hardware. This service will render high-quality 3D content in the cloud and stream it to edge devices, all in real time, which will help retain a higher level of detail for scenarios like design review. Azure Remote Rendering is currently in private preview. Meanwhile, Azure Spatial Anchors allows people to create holograms that persist in a specific physical space.