It is that time of year again when Autodesk retires an old version of AutoCAD and introduces a new generation. Featuring 2D parametrics and conceptual 3D, AutoCAD 2010 represents a change of direction for the industry de-facto standard. Martyn Day and Paul Woddy give us their views of the product launches.

The first thing that is apparent about the launch of the new AutoCAD is just how many products Autodesk now develops and supports. Since Carl Bass took over stewardship of the company there has been an explosion of products, especially those that are 3D capable, together with analysis and visualisation. The days of Autodesk being a one horse town are well and truly over.

The 2010 product catalogue has swelled over recent years as Autodesk’s AEC division has covered more industry areas and acquired more companies and technologies. Platform products include AutoCAD and LT for the base for AutoCAD Architecture (formerly Architectural Desktop), AutoCAD MEP (Mechanical Electrical and Plumbing), AutoCAD Civil and Civil 3D, AutoCAD Map and AutoCAD P&ID (for Process Plant). For project document distribution there is Buzzsaw, Design Review and NavisWorks. On the analysis side Autodesk now has Ecotect, Green Building Studio and Robot Structural Analysis. Design Visualisation is supported through 3ds Max Design and Maya, with Project Newport still in development. And these are just the products I can remember off the top of my head, without mentioning Revit Architecture, Revit Structure and Revit MEP. While we have not yet had the opportunity to review the products themselves, we can report back on the features identified at the launch events. However, Paul Woddy, our Revit Guru, has clocked up some time on a recent beta of Revit.

AutoCAD 2010 (Autodeskers call it ‘twenty ten’) has had 2,000 beta testers and some of the features were released to Autodesk Subscription customers last year. To go with all the powerful new features, unfortunately, 2010 introduces a new DWG file format but there is a built-in ‘SaveAs’ function that allows users to save drawings to and from AutoCAD releases using previous DWG formats. In addition, the SaveAs AutoCAD Release 12 DXF command supports releases prior to AutoCAD 98. 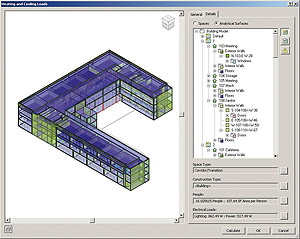 The first thing you will notice is a simplified and intuitive ribbon interface, which organises tools into tabs, which represent workflows such as creation, annotation and collaboration. Each tab contains a series of panels – a group of tools used to accomplish that part of the workflow. The ribbon is now consistent between most Autodesk programs allows users to move between programs more smoothly.

Looking at 2D the most obvious enhancement is the introduction of parametrics. To the uninitiated, parametrics allow the user to apply persistent relationships between geometry, parallel lines remain parallel and concentric circles remain centred, all automatically. In AutoCAD 2010 these can be applied manually or automatically to any 2D geometry, with control over tolerances. As constraints are added icons appear next to the lines giving immediate feedback to the user. Constraints can even be added through dimensions, by editing the dimension, the drawing updates with the new length or angle. A management dialogue provides a comprehensive way to see all the constraints in a drawing where all the values can be seen and edited. This is brilliantly powerful stuff, with a very simple user interface and will be incredibly useful to many, many users. 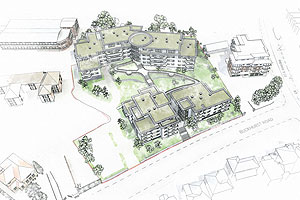 PDF has been updated. Users can now plot to PDF with much more control. AutoCAD 2010 supports higher resolutions, better font handling for true type fonts (making PDFs searchable). PDFs can now contain layer information and can be attached as an underlay. To export to DWF or PDF there is a combined dialogue for the selection of settings.

There are quite a few other improvements to the 2D feature set, like Hatch editing, so it would be worth checking the product data sheet or getting a demonstration from your local dealer. However, what is more impressive in this release is just how much AutoCAD has had its 3D capability beefed up, almost out of all recognition.

AutoCAD 2010 now offers surface freeform modelling. The 3D workspace has been updated and users can start a session by selecting from a range of primitives. Simply push/ pull faces, edges, and vertices to model complex shapes, add smooth surfaces, and much more. It is possible to interactively create any shape and it looks really fun and easy to use. The new modelling capabilities provide conceptual designers with something to stick their teeth into and attempts to blow away the modelling capabilities of products such as SketchUp.

Autodesk has also enabled AutoCAD 2010 to connect to a remote 3D Print service, so prototypes can be delivered to your door, or if you are advanced enough to have your own desktop prototyping machine 3D print it there and then.

The difference between LT and its big brother has been growing for a number of releases now. LT is most certainly a 2D workhorse. This time around, LT gets: the updated ribbon interface, the new DWG format with backwards capability, AutoCAD 2010’s PDF improvements and underlay capability, enhanced External Reference commands for in place Reference editing and clipping, more Block Attribute commands and Align Objects. 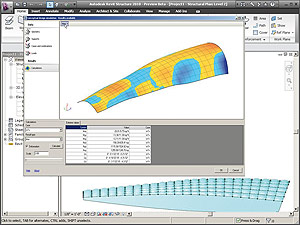 Walls have seen some neat updates for drafting productivity again this release. Trim and Extend have been joined by Fillet and Chamfer, providing more control in designing walls and end-caps as they will actually be constructed in the field. There is a new ’Space Separator’ tool, allowing users to automatically divide spaces that are not bound by walls with plain AutoCAD linework. A new flip text position grip for AEC Dimensions has been added, giving users additional control over the placement of text. There is an improved stairs feature, allowing the inclusion of a distinct ‘ramp’ type, which comes complete with its own display and annotation tags (Percentage Tag, Degree Tag and Numeric Tag).

Talking of AutoCAD MEP (Mechanical, Electrical, Plumbing), there has been a range of drafting and co-ordination improvements. Workspaces are better tailored for tasks such as HVAC and piping systems in ready-made formats, which are also highly customisable. Gravity based designs for Sanitary Drain, Waste, Vent and Storm/Sewer drainage systems can now be drawn more easily with the new sloped piping functionality. Pipe routing preferences have been expanded to include parts with male and female connections. 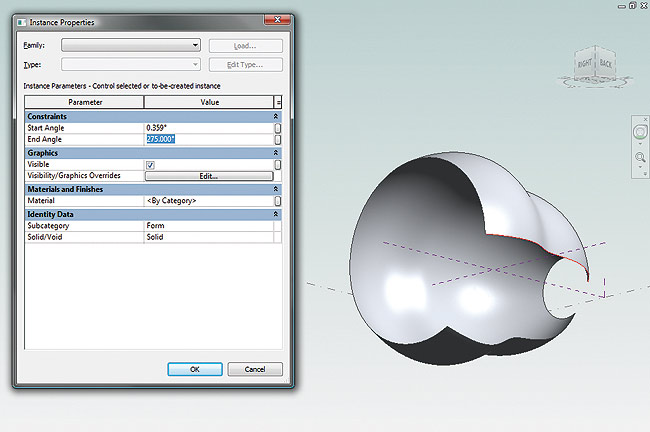 Catalogue support has been enhanced, supporting individual catalogues for different material types, allowing for easier part selection. There is also better migration of existing customised catalogues with tools to redefine the catalogue-based content in existing drawings, and upgrade and add new parameters automatically. It is also possible to import manufactured building components from Autodesk Inventor. As you would expect, new part content has been added and there have been enhancements to the Content builder, allowing users to create custom parametric parts with male, female or a combination of both connectors based on real-world piping requirements. Autodesk’s Seek web service has also be integrated, enabling designers to search a vast library of 2D and 3D building products and publish customised designs to the service.

Engineers and drafters can now create slanted columns using the same column families they have used for vertical columns, including physical and analytical characteristics.

On top of the 2010 AutoCAD enhancements, Civil gets some attention to its surveying and Design components. A new ‘Intersection Design’ wizard helps take the complexity out of modelling typical intersections and facilitates the creation of dynamic 3D intersection models, helping to automate the creation of intelligent intersections that can be updated more easily when the design changes.

Survey data can be processed directly from the field without tedious translations or conversions and parcel generation offers a more streamlined workflow, based on frontage offset, minimum width, and minimum and maximum depths.

Two new design tools have been introduced: Alignment Offsets for synchronising offsets to the original alignment, and Alignment Masking for controlling alignment and label displays beyond the functionality of the alignment styles.

AutoCAD 2010 is a major step for Autodesk. Internally it seems the product teams have decided that they can’t suppress AutoCAD’s functionality any longer and have added parametrics and relatively high-end modelling. This may impact Revit and Inventor migration, however the company has perhaps finally realised that many customers are happy with basic AutoCAD. This is especially pertinent given that the people behind TurboCAD, IMSI have launched a free-to-download AutoCAD clone called DoubleCAD which also features parametrics. With a tough economic climate AutoCAD seats and subscriptions will surely come under some pressure, it seems like the decision to beef up AutoCAD’s functionality came at the right time.

There has also been a 5 percent price increase, across the board. It’s best to contact your dealer to get local information on on this may affect you. Perhaps the worst impact will be on AutoCAD LT which already appears to be increasing in cost quicker than a bank bailout. With increased competition, an economic meltdown and a number of alternatives for 2D drafting it is perhaps not the best timing for this.

The DWG file format change will again cause disruption in the market and may well delay company roll-outs of the 2010 products. It’s of note here that Autodesk didn’t include the native MicroStation DGN file format technology that they cross-licensed from Bentley Systems last year, this will surely appear in the next release, if not streamed in to the new updates available to Subscription customers, delivered throughout the year.

The product Tsunami that Autodesk unleashes every year just gets bigger every time. With increased effort spent on addressing compatibility limitations though the product range, Autodesk is finally sorting out the muddle created by having so many products developed by different teams, on different code. 2010 marks the first concerted effort to enable models and drawings to be shared and swapped between the various AutoCAD flavours as well as the mechanical products like Inventor.

As to AutoCAD Architecture vs Revit, again, yet another release that makes it clear that Revit is the architectural product of choice with only a few minor 2D additions to the AutoCAD-based AEC flavour. Revit’s functionality is expanding at an amazing rate and with a huge groundswell of architectural and structural firms piloting projects, it seems migrating to Revit is the only way to get a dynamically evolving AEC solution from Autodesk.

While it may well take the rest of the year to work our way through reviewing these products, on paper at least, it seems as though Autodesk will deliver a good release of AutoCAD.