Lenovo’s new ThinkPad P Series mobile workstations feature a new ‘Ultra Performance Mode’ that allows users to dial up system performance as and when required, by effectively pumping more power into the GPU and CPU. The new feature is designed to be used at times when performance is of paramount importance, such as when a ray trace render needs to be completed quickly or when a stable framerate is required to view VR content.

For these new generation products, Lenovo told AEC that it had to redefine what it means to be both a workstation and a ThinkPad. ‘Ultra Performance Mode’ works by relaxing restrictions on acoustics and temperature, so customers that do want to push their machines harder, will have to accept that they will run a little louder and hotter. A traditional ThinkPad business laptop, for example, will not exceed 38dBA of fan noise under the heaviest workload, whereas the P1, P15 and P17 will go up to 44dBA when Ultra Performance Mode is enabled.

To cope with the increased demands, both the P15 and P17 feature a completely revamped thermal design. The P15 adds 13 percent more air flow than its predecessor, the P53, as well as a 30 percent larger CPU heat sink, larger vents and a new thermal mesh to dissipate heat faster. 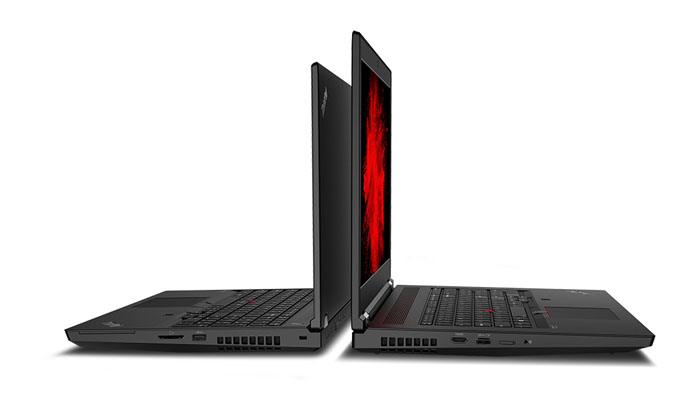 The Nvidia Quadro RTX 5000 is one of the biggest beneficiaries. The ThinkPad P15 and P17 increase the power to this high-end GPU from 80 watts to 90 watts and 90 watts to 110 watts respectively, compared to their predecessors, the P53 and P73.

The ThinkPad P15 and P17 boast several shared features – including a new 94WHr battery and up to 4TB of storage, along with up to 128GB DDR4 of memory and UHD Dolby Vision HDR displays. The P15 and P17 also feature a new daughter card design for its GPUs. Previously Lenovo soldered the GPU onto the same board as the CPU, so this new modular design is said to give customers four times the number of GPU and CPU configurations than previous generations. 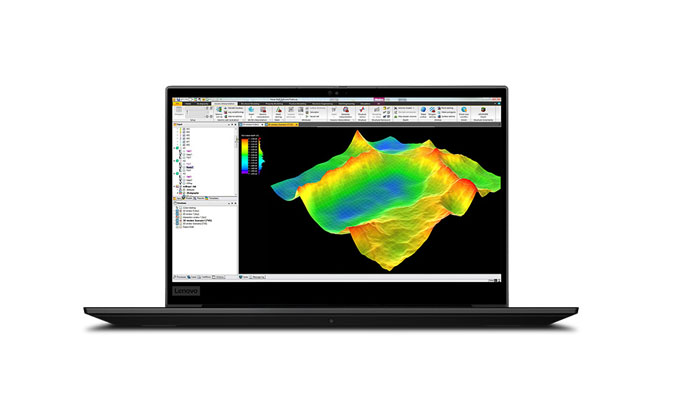 Rounding out the mobile workstation portfolio is a new addition, the ThinkPad P15v, which is designed to appeal to those with lower GPU requirements but still have a need for an 8 core CPU. It features the Nvidia Quadro P620 GPU and up to 64GB RAM.

Meanwhile, Lenovo announced two lightweight mobile workstations last month, the P14s and P15s, which feature 10th Gen Intel Core i5 and i7 CPUs with up to six cores, the Nvidia Quadro P520 GPU, and up to 48GB memory.