Le Parc Olympique Lyonnais, the Matmut Atlantique in Bordeaux and the Stade Velodrome in Marseille all benefited from the multi-material, intelligent 3D BIM software.

Three stadiums in France, which are currently playing host to the UEFA Euro 2016 football tournament, were designed with the help of Tekla Structures BIM software.

Le Parc Olympique Lyonnais in Lyon, the Matmut Atlantique in Bordeaux and the Stade Velodrome in Marseille all benefited from the advanced multi-material, 3D modelling software from Trimble. 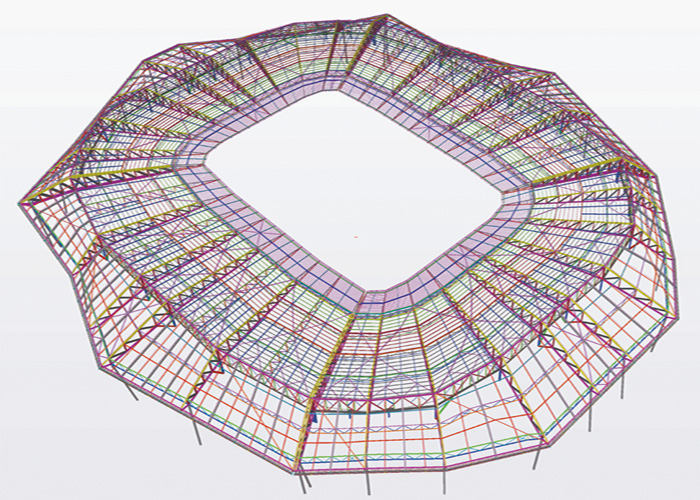 Launched earlier this year, the new ultra-modern stadium Olympique Lyonnais, with a capacity of 59,000 seats, will host six Euro 2016 matches, including a semi-final.

Cabinet Jaillet Rouby modelled the steel structure with Tekla Structures and the steel manufacturer Martifer, who was in charge of the implementation study, manufacturing and lifting, also relied on Tekla software.

An especially interesting feature of this stadium is the steel frame, which supports the cover and includes three parts: the outer ring, the opaque inner ring and the translucent inner ring. The project was also entered into the Tekla BIM Awards in 2014. 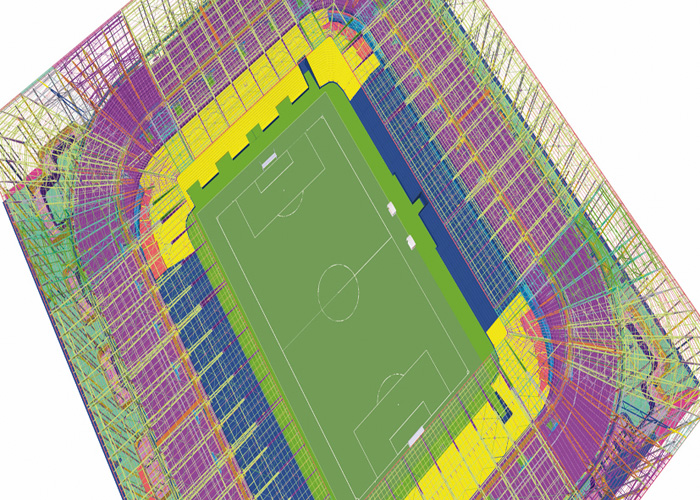 Built and operated by Vinci and Fayat groups, the Matmut Atlantic Stadium was inaugurated in May 2015 and has been designed with the comfort of the spectators as priority. As one of the official stadiums of Euro 2016, it will host five games during the tournament. Its modular capacity of over 42,000 seats makes it the largest stadium in the Southwest of France and the Atlantic seaboard.

Due to the architectural constraints and complex assemblies that had to be adopted on this project, the use of Tekla Structures allowed for visualisation of the complicated stand construction, which was made up of a gantry type system for good stability. 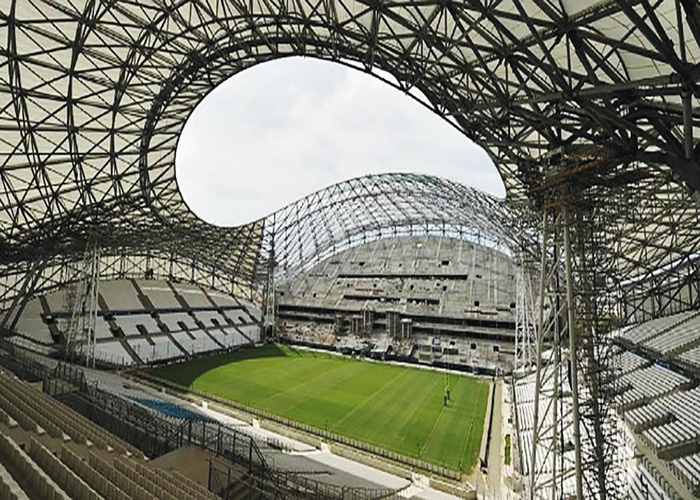 Inaugurated in October 2014, after being modernised, the Stade Velodrome with a total capacity of 67,395 seats (compared to 60,000 before) will host six matches during Euro 2016: four pool matches, a quarter-final and a semi-final. Horta Coslada was the steelwork constructor.

The Stade Velodrome, which has a cover with a diameter of 250 metres, weighing 6000 tons, rising to 65 meters above the pitch and sitting on a huge 3D framework of galvanized steel, got a new lease of life during the modernisation.