Ultra-portable, entry-level HP ZBook 14u and 15u G5 are thin, light, big on security and certified for Skype

At only 17.9mm in height, HP says the ZBook 14u is the world’s thinnest mobile workstation

HP has launched two entry-level mobile workstations which place a big emphasis on portability, build quality and enterprise features as well as the performance one would expect from a laptop designed for 3D CAD and BIM.

The new laptops are designed for executive travel and are very portable compared to most mobile workstations. The HP ZBook 14u G5 is billed as the world’s thinnest and is the only 14-inch mobile workstation available from a major vendor. It measures a mere 17.9mm in height and starts at 1.48kg.

The HP ZBook 15u G5 isn’t far behind, coming in at 18.6mm and starting at 1.77kg. Both machines are made from metal and include a CNC machined LCD cover and an aluminum keyboard deck. 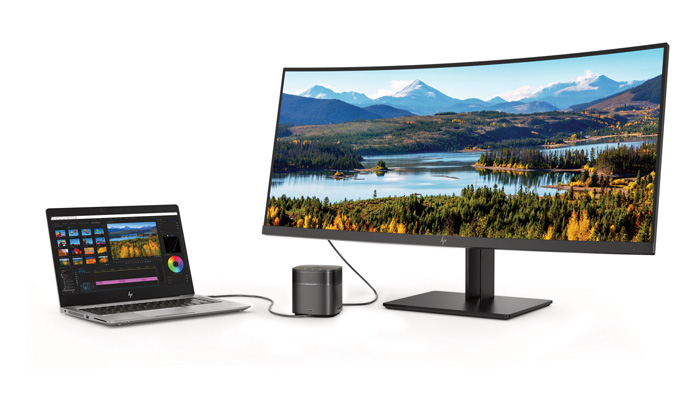 The new mobile workstations have inherited a number of enterprise features from the HP EliteBook 800 G5 Series, including several new security, collaboration and display technologies.

They are ‘Skype for Business’ certified thanks to a ‘collaboration’ keyboard and a world facing microphone. The keyboard has dedicated buttons for answering calls, hanging up and presenting. The microphone (which is located on the back of the display) can be used in ‘conference mode’ so everyone in the room can be heard or ‘individual mode’ where it cancels out unwanted noise.

There’s a choice of ultra-bright FHD and 4K IPS displays with an ambient light sensor that automatically adapts to changing light conditions. IPS displays are well known for their wide viewing angles but the new machines feature an optional HP Sure View display to combat what the company describes as “visual hacking” – also known as ‘someone looking over your shoulder’. The feature, which significantly reduces the viewing angle, can be toggled on and off at the touch of a button. 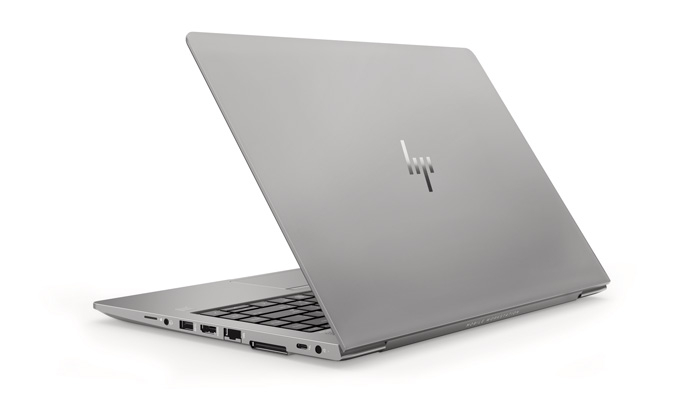 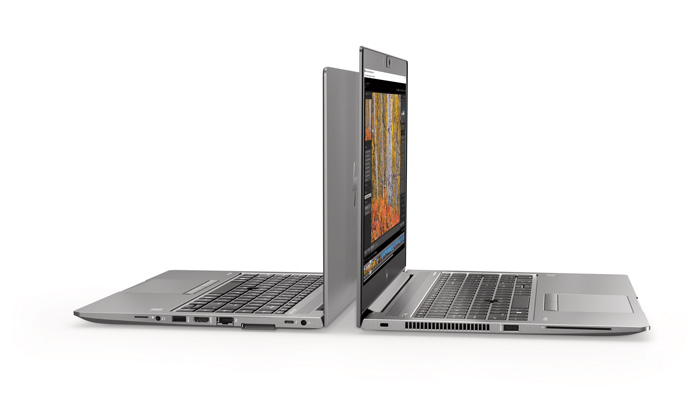 To stop someone spying on you from the inside out, you no longer need sticky tape and instead can use the webcam’s built in shutter.

There are a whole load of other enterprise security features including: SureStart to protect the BIOS; SureRun to protect against an attacker turning off antivirus; SureRecover, to help non-experts reimage a system on the go; and SureClick, which puts all web browsing in a container so it will not infect the rest of the machine if an insecure website is visited.

In addition to the expected fingerprint sensor, both machines feature Windows Hello (which scans the user’s face with two infrared cameras) and multi factor Intel authentication.

Meanwhile, HP PhoneWise allows you to text, call and receive Smart Phone notifications through your PC by wirelessly pairing your iOS or Android device.

What do we think?

Overall, both machines look to be an excellent addition to the ever-expanding HP ZBook mobile workstation family. On paper, with the AMD Radeon Pro WX 3100 GPU, they look to offer plenty of performance for entry-level 3D CAD and BIM, but the machines also promise excellent portability and enterprise features to make this your great laptop for everyday travel.