HP Z turbo Drive Quad Pro add in board can host up to four M.2 NVMe modules for read speeds up to 9.0GB/sec

HP has launched a high-performance Solid State Drive (SSD) PCIe x 16 add-in board that can be used with its HP Z440, Z640 and Z840 workstations.

Such high-end storage is likely to bring most benefit to I/O bottlenecked workflows where large datasets are prevalent, such as in point cloud processing, engineering simulation and video editing.

As the name suggests the HP Z Turbo Drive Quad Pro gets its performance by combining up to four NVMe HP Z Turbo Drive G2 modules on its full length PCIe x 16 board. The modules, which use Samsung NVMe technology, are available in capacities of 256GB or 512GB, leading to a maximum overall size of up to 2TB. It is likely we will see 1TB modules introduced next year.

Modules can be configured in RAID 0 (striped, for performance) or RAID 1 (mirrored, for redundancy), however it is not possible to boot from a RAID array. The card does have the flexibility to use one module as a boot device and the remaining drives for data, with or without a RAID array. 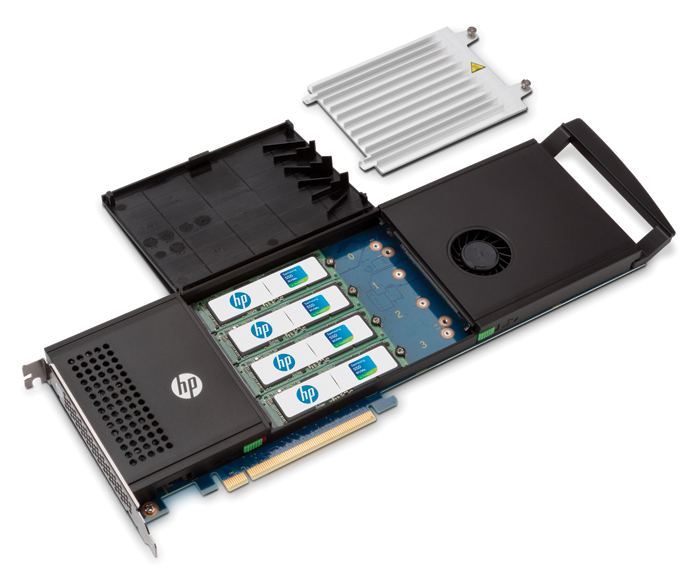 Maximum performance comes when four modules are configured in RAID 0, which takes the sequential read performance up to 9.0GB/s.

Configuration is flexible. The card ships with two modules as standard but it is easy to add modules, by opening a flap and detaching the heatsink. HP says the bespoke cooling solution, which has a built in fan, means users don’t have to worry about the performance throttling down under heavy workloads. 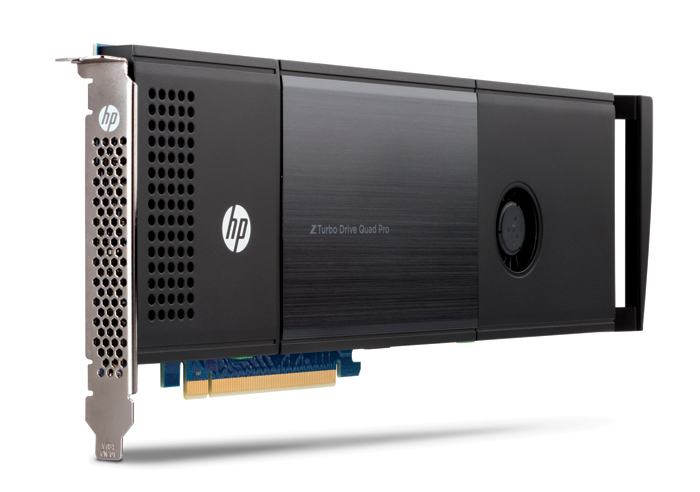 The HP Z Turbo Drive Quad Pro is also configured to protect against data loss in the event of a power failure by employing a bank of super caps to provide the power to ‘fully finish’ data storage operations.

Prices start at $779 for 512GB and rising to $1,376 for a 1TB card loaded with four 256GB modules. HP has said it will no longer be offering Fusion I/O high performance drives as an option in its HP Z Workstations.