The Leica BLK3D from Hexagon is a new 3D handheld imager that allows users to take immediate and precise 3D measurements from any 2D image it captures. The compact device, which is similar in size to a smart phone but weighs 480g, is intended to replace manual measurement and documentation processes using tape measures, distance meters, photos and written notes.

Above all, the BLK3D is designed to be very easy to operate, so architects, builders, site managers, civil engineers, window fitters and others can all use the device with very little training. “Basically, if you can take a photo you already have all the skills you need,” says Tobias Heller, Product Manager at Leica Geosystems.

The BLK3D follows in the footsteps of the BLK360, the push-button compact 3D laser scanner AEC Magazine reviewed last month, but the BLK3D is a different device entirely. It combines a calibrated stereo camera with electronic distance measurement technology and advanced algorithms to allow users to take in-picture measurements with ‘professional-grade accuracy’.

Only one shot (two pictures) is needed but to improve 3D accuracy, up to three shots (six pictures) can be used. All images should be of the same composition but taken from different angles to increase the baseline.

Smart snapping algorithms can help users select the right pixel on the image. Once picked, the software can automatically snap to the same point in other images.

Importantly, all of the processing with the BLK3D is done on the device, so the results are instant, allowing users to make fast, informed decisions while still on site. Other systems that use photogrammetry to capture reality rely on powerful desktop workstations or cloud processing. “It’s a massive simplification of the stereo photogrammetry process,” says Heller.

Leica is claiming the device offers millimetre accuracy in short range, by which it means anything under 5m. All images are geolocated using the built in GPS. 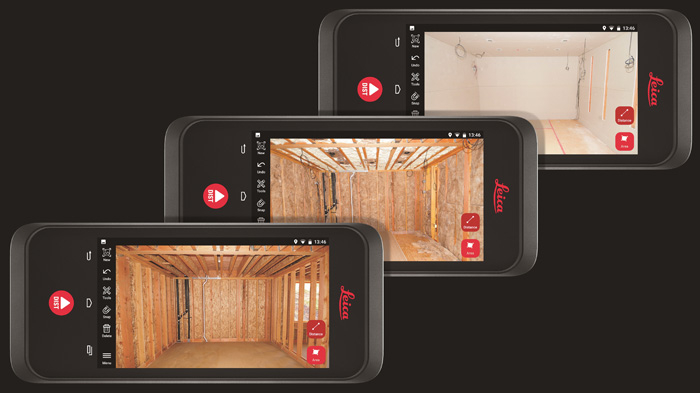 There are many different use cases for the BLK3D. One of the main applications is documenting the location of assets during construction. For example, electrical cables or other MEP installations, before they are hidden behind dry walls. Here, the device can also be used to build up simple 2D plans on screen, with captured images ‘stitched’ to specific walls and multiple images captured over time.

The BLK3D can also help reduce the number of people needed for simple survey. For example, a civil engineer documenting cracks on a building can now do everything by themselves. Previously, it may have meant one person holding a tape measure up against the crack while another takes a photo. 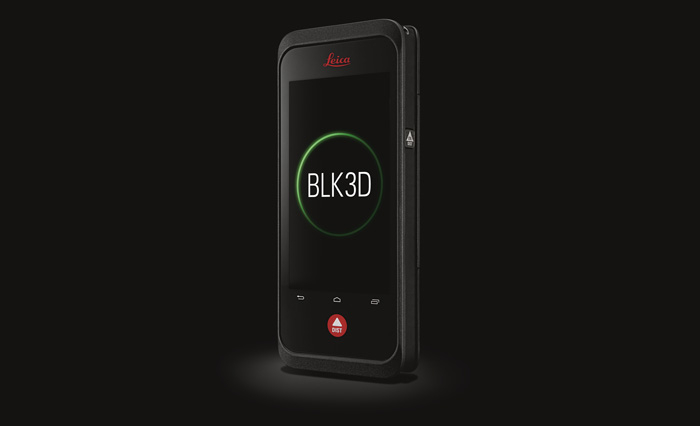 In the future, the BLK3D could be fitted to a drone for applications such as roof inspection. Heller admits that adding this capability is on the development plan and the only thing that would need to be written into the software would be remote control firing of the photo, over WiFi.

The beauty of the device is that measurements can be taken live while on site. However, once back at the office, the device can Be synced with a laptop or desktop computer over USB and more measurements taken. Data can be stored as a digital asset for retrospective measurements. In the future this capability will be available as a cloud service, which would be useful for as-built facility documentation.

Battery life is pretty good. Leica told AEC Magazine that around 1,000 pictures can be taken on one charge. For a standard user, this should last the whole day, but some of its beta test customers have been taking around 5,000 pictures a day, so batteries are easily replaceable with spares carried in a bag.

Pricing has not yet been finalised but Leica told AEC Magazine it was looking to make the device available for around 3,000 – 4,000 Euros. 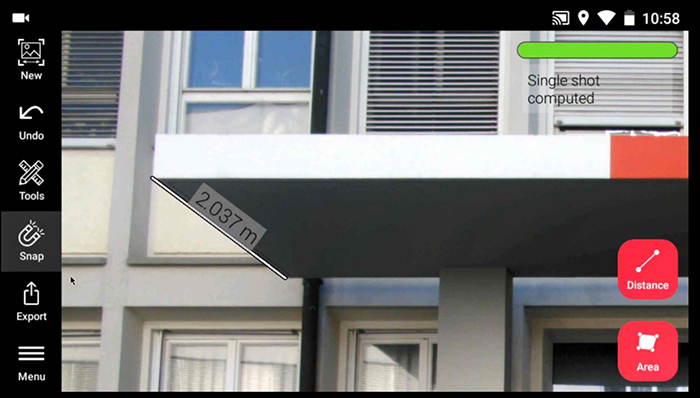