Lenovo has launched a premium thin and light mobile workstation that looks set to truly rival the HP ZBook Studio G5 and Dell Precision 5530. The 3D CAD focused Lenovo ThinkPad P1 boasts specifications that are close to that of a mainstream 15.6-inch mobile workstation, but the sleek design is only 18.4mm thick and starts at 1.7kg.

The ThinkPad P1 may be thin and light but like all ThinkPads it is built for endurance. The main body is made from magnesium alloy and the lid is carbon fibre. It has been designed to withstand and is Mil-Spec tested for cold, heat, vibration, shock, dust and other harsh environments.

For a premium look and feel it has a soft touch matt black finish. The keyboard is seamless, so it blends in with the palm rest, and there’s a glass touchpad. It’s smaller in width than Lenovo’s mainstream 15.6-inch mobile workstation, the ThinkPad P52, so there’s no room for a numeric keypad.

The ThinkPad P1 features a big choice of quad and six-core 8th Gen Intel Xeon and Core processors, including the Core i9, with clock speeds up to 4.6GHz. Graphics is courtesy of the Nvidia Quadro P1000 or P2000, which are at the sweet spot for mainstream 3D CAD, and there’s up to 64GB of DDR4 memory (across two DIMMs) and up to 4TB of NVMe storage (across two M.2 SSDs). There is no 2.5-inch drive.

Lenovo is keen to point out that the ThinkPad P1 features dual fans – one for the CPU and one for the GPU – for efficient cooling and to help keep fan noise down. Other features include a ThinkShutter privacy cam and a 135W power supply that is 35 percent smaller and lighter than predecessors and features ‘dog ears’ for the lead to be wrapped around. The 80WHr battery features Rapid Charge Technology, which Lenovo says gives you 80% of battery life in 30 mins and 40% in 15 mins after plugging in. 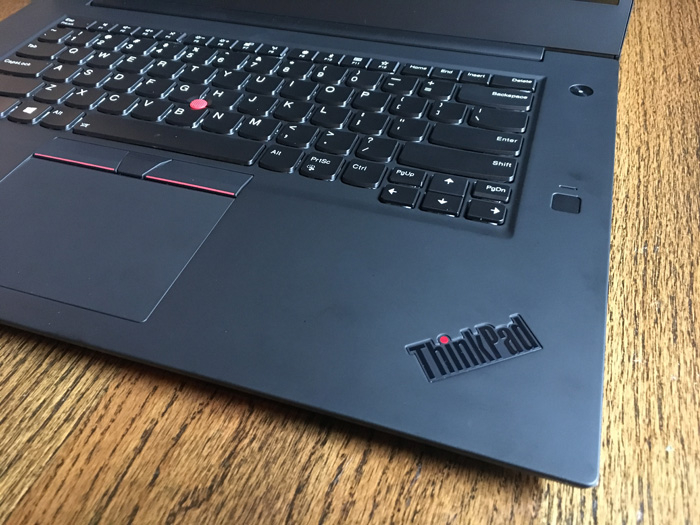 The ThinkPad P1 features a seamless keyboard and a fingerprint reader 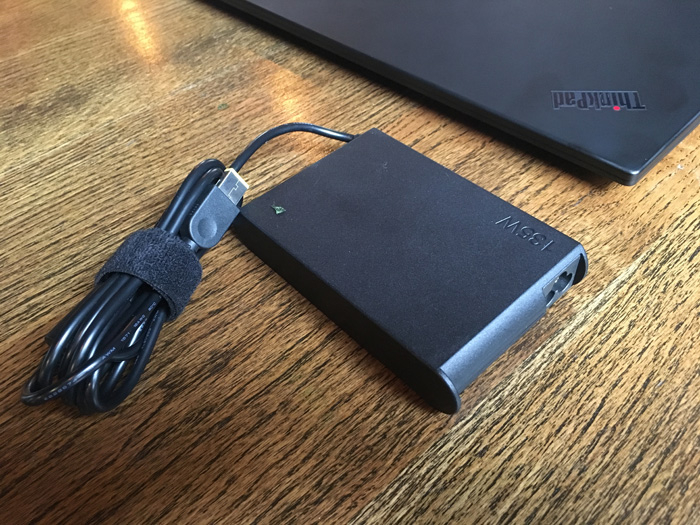 The 135W power supply is 35% smaller than predecessors 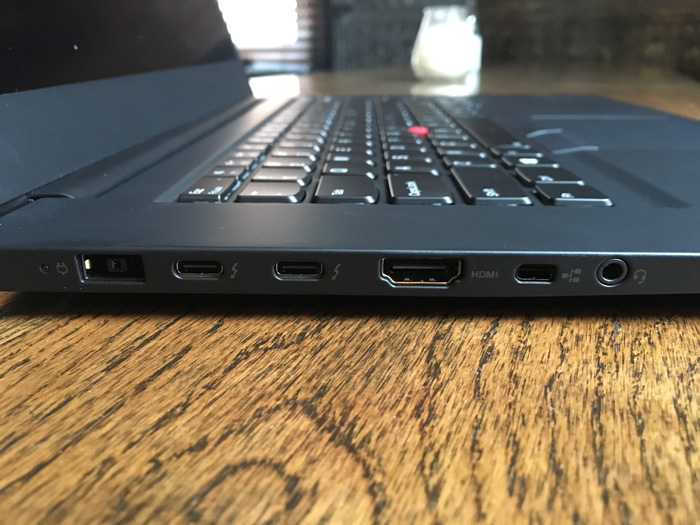 The 3.4kg beast includes the highest spec 8th Gen Intel Xeon and Core processors, slightly more powerful than those available with the ThinkPad P1 and ultra-high-end Nvidia Quadro graphics up to the VR-Ready P5200. There’s also up to 6TB of storage, 128GB of memory and 16GB of Intel Optane memory. 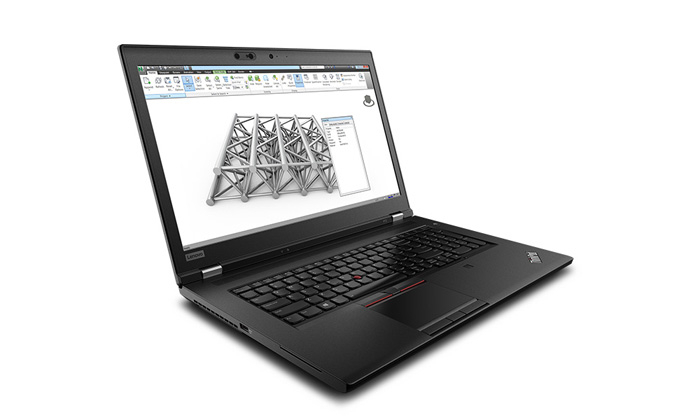