In the second of his two articles this month, Rob Jamieson takes a break from his usual stomping ground of technology and shares his experiences of culture and business in Japan.

This month I thought IÝd take a look at industry from a different perspective ± from that of the Japanese. ýWhy?¯ you may ask. Well I was recently lucky enough to do some work in Tokyo and the city just fascinates me ± both on a cultural level and for its technology. I spent some time with a number of software companies and end users and their views on technology are closer to the UKÝs mentality than I thought.

Originally there were a lot of home grown 2D CAD solutions in Japan but with the prohibitive costs to develop 3D tools there is now a lot more adoption of global CAD solutions. Anybody who has visited Tokyo will know that there is a massive density of people in a small area. This means that the design of structures and objects needs 3D to be able to compress as much as possible into a small area. For example, when visiting one software launch event I arrived in the subway which had four levels of shops and businesses before I even got to ground level. At ground level there was a large shopping arcade with eight floors with a 35 storey tower block on top of that. Of course all of this has to be earthquake resistant as well.

In general, the Japanese expect all goods to be of high quality. The high-end CAD software tends to be more popular, which fits with their perception of high quality. With a fair amount of high-end CAD software in use there is a strong market for skilled designers. A lot of Japanese still have the Ùjob for lifeÝ view so they prefer to stay with the companies they started with. However, as learning Japanese is difficult I donÝt expect a sudden inrush of western designers.

We often have the perception that the Japanese copy our ideas. I think itÝs more to do with the insular nature of Japan itself. With the language and the traditions of life and business I feel that they donÝt understand the Western ideals and therefore emulate what they donÝt understand the best way they can. The West has had many influences over Japan and even with the occupation of the US forces after the Second World War, they have retained their traditional values and are still very trusting. A typical example is that we, in the West, like to know the price of a product or service before we purchase but the Japanese will often ask for an install of software and a system setup without having agreed the price before hand.They expect the supplier to be honest.

Hierarchy and status are very important to the Japanese. Decisions are often deferred to a higher power and because of this it can be very hard to get a quick answer, and rather than say no they will keep delaying. Having talked to a number of design engineers I found the lead designer takes all the decisions, rather than a group decision. This seems to lead to sometimes single minded designs – either very good or very bad. 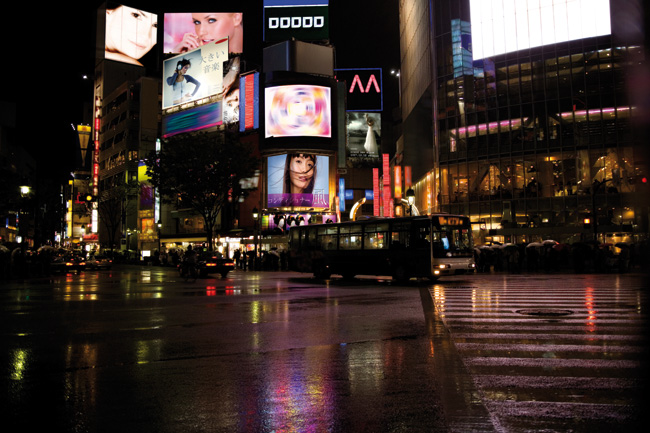 Actually conducting a meeting in Japan is ritualised and is started by an exchange of business cards and then the seating positions in the room are based on hierarchy. If you take into consideration business lunches as well, if the middle of the seating arrangement, with your back against the wall, furthest away from the door is your position you are doing well. If you are on the edge, you are lower in the pecking order. As a Westerner I could of course take a few liberties but the local guys hosting me always pointed me to sit in the correct place.

The Japanese honour their source of supply as itÝs a relationship based on trust and this is a core ingredient for their success. When Japan implemented the American organisation regime that became JIT (Just in Time) with the Kanban stock system it took the manufacturing world by storm. They then followed with Kaizen, constant improvement methodology, I could understand that the natural tendency of hierarchy and order of the Japanese would help this work. By the time the West tried to implement these methodologies it was too late to compete. Now we all face competition from a cheaper country China which has taken methodologies and applied it to its cheap labour force. Just like the UK a lot of products in Japan are manufactured in China – it is seen as a necessary evil to remain competitive, for them and for us.

Japan is full of contrasts – in Tokyo only major roads are marked on the map and to find any secondary location you need an individual map with local landmarks as roads donÝt have names and there is no numbering system for each office block. ItÝs extremely hard to find any location even for the Japanese and in such a densely populated city itÝs really surprising that a better system has not been implemented. Japan is fighting against its own history to modernise and to lose its insular nature, but I think itÝs a major force never to be underestimated.

robert.jamieson@amd.com
Robert Jamieson works for the hardware manufacturer AMD. The opinions in the article are not necessary the opinions of AMD as a company.