German software company Nemetschek has signalled a renewed interest in growth and leveraging its significant assets with the recent acquisition of US-based Bluebeam, developer of PDF-based collaboration solutions for the AEC industry

After a very long period of focusing on its internal brands and actively developing its overarching Nemetschek strategy, there is a renewed cohesive vision within the firm.

Headquartered in Munich, Nemetschek has been strategically realigned as a holding company for its portfolio of eleven brands, including Allplan, Vectorworks and Graphisoft. The leaders of the most significant brands have been given oversight of the holding company, in order leverage the technology and broad skill sets that are within the firm.

Chief financial and operations officer Patrik Heider is now responsible for the strategic holding and the overall brand strategy of the Nemetschek Group. He previously worked for PwC Consulting and IBM Global Services and also brings experience from the automotive industry to Nemetschek.

Together with Viktor Várkonyi, CEO of Graphisoft, and Sean Flaherty, CEO of Vectorworks, the three now have direct input into the direction of the company. 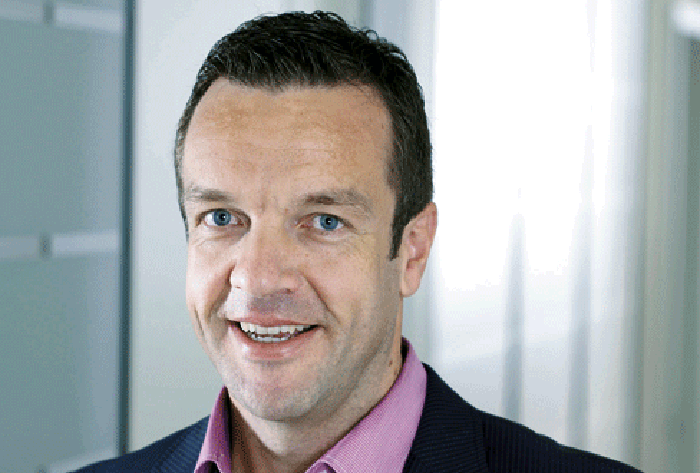 Their first move was seen in the last release of ArchiCAD, where Maxon technology finally found its way into a Graphisoft product, featuring a customised and powerful rendering engine.

Collaboration in the construction market was identified by Mr Heider and his team as being a key growth area for Nemetschek, and one in which the company was lacking broad solutions.

The Bluebeam acquisition is significant therefore, not just in the $100m price tag and size of the deal, but the intention it shows for Nemetschek to start plugging the gaps in its AEC offering and step into construction management and collaboration.

Bluebeam is a popular player in the US and is used by 74% of top US contractors and 64% of top US design firms, according to Engineering News-Record’s Top 50 firm rankings. Based on PDF technology, Bluebeam’s software would fit into most global markets, as Adobe’s 2D/3D format is the de facto standard pretty much everywhere.

Bluebeam will continue operating with its current management team and as an independent brand company.

In the past Nemetschek may have been content to buy up the competition to achieve growth. Nonetheless the products persisted and grew. And yet, in the eight or more years of owning Graphisoft and fourteen years of owning Vectorworks there was little technology crossover forged between acquisitions, with each brand being kept in isolation. Nemetschek did not offer any bundle offerings or suites, unlike industry behemoth Autodesk.

This could now change.

With currently 1.2 million users in 142 countries, according to company documents, Nemetschek has a broad base with which to grow a more integrated product portfolio.

The company’s financials are already looking solid. It achieved revenues of €185.9 million in the full year 2013. For the first nine months of 2014 revenue rose 14.3 percent to €153.5 million, compared with the previous year, according to Reuters.

Relying on brands and remaining in silos can become significant resource problems for software firms like Nemetschek that grow through acquisition. Perhaps this is something that the other veracious BIM provider, Trimble, should be concerned about.