Back in October Maxon announced that it had licensed AMD’s physically-based GPU rendering engine, Radeon ProRender. Today we caught a first glimpse of the software and even though it’s in ‘pre-alpha’ it already looks to be quite mature.

Maxon, with the help of AMD, has embedded Radeon ProRender directly inside Cinema4D and it is available alongside the standard and physical render. Users select their renderer from a pull-down menu in the render settings dialog. The interface looks extremely intuitive, and the quality of output was impressive.

Renders can be done in the viewport or queued up for rendering offline. Network rendering will also be supported.

Users have precise control over the processing resources, with tick boxes governing which CPUs and GPUs are used. We saw it running on Armari’s brand new Magnetar V25 small form factor (8cm wide) workstation with dual AMD Radeon Pro WX7100 GPUs. However, as Radeon ProRender is based on OpenCL it will also run on Nvidia GPUs and on Windows or Mac.

Features include Depth of Field and users have control over anti-aliasing settings. 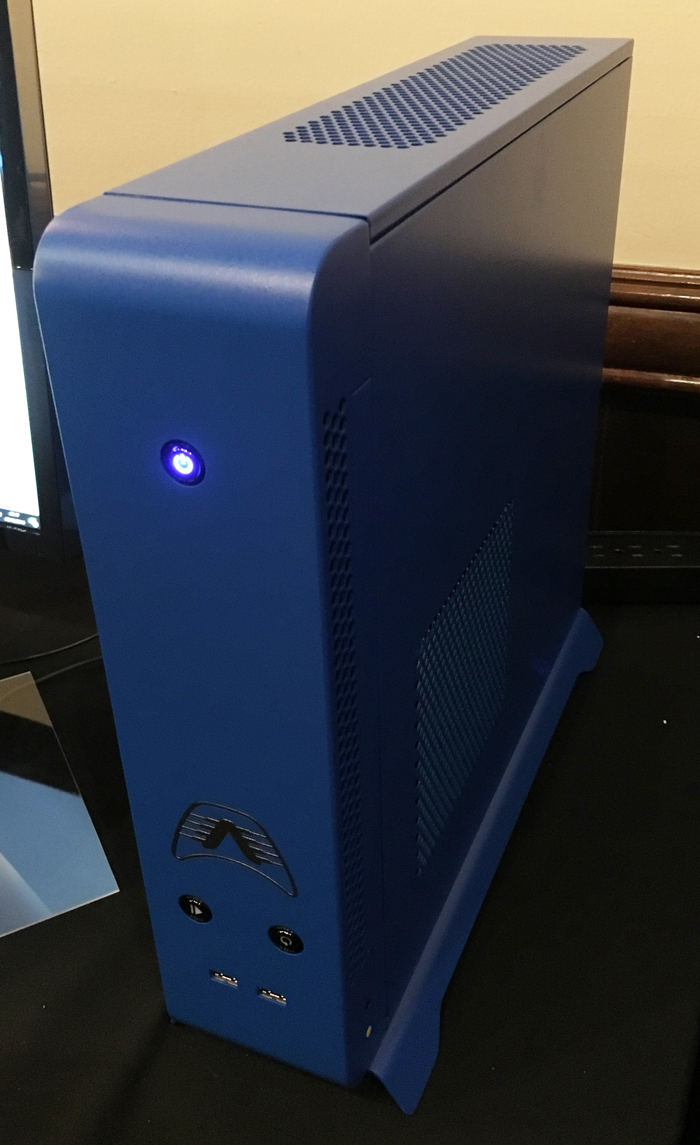 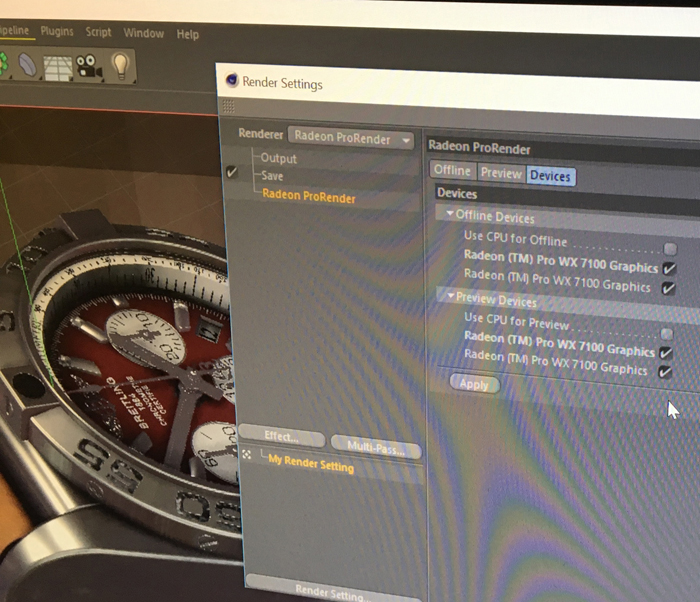 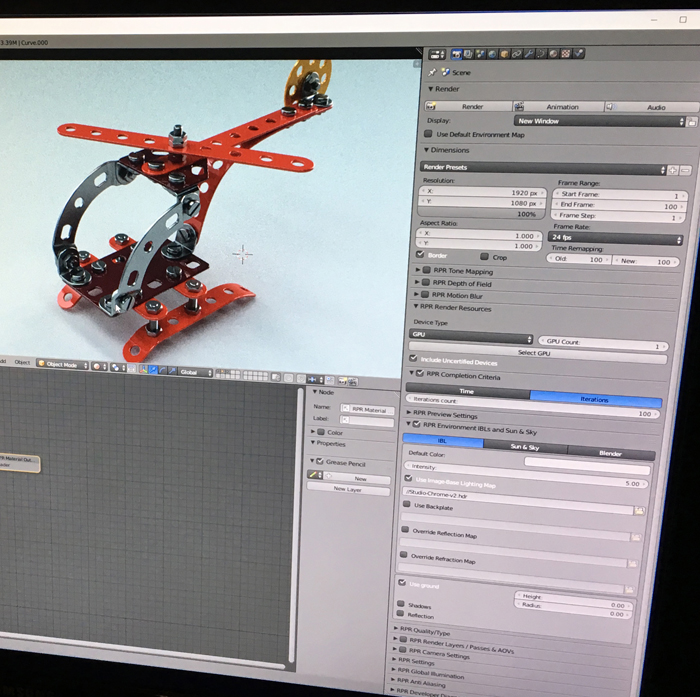