Rhino 6 for Windows, the long-awaited new release of the NURBS-based modeller, is shipping and is the first to have visual programming tool Grasshopper built into the software.

There are a host of other new features including a faster display pipeline, a GPU-accelerated real-time ray-tracer, a new material library, an enhanced documentation workflow and more flexible licensing.

Grasshopper is now installed with Rhino 6 for Windows, previously being only available as a long-term beta release.

According to the developers, this results in fewer GPU-specific display glitches and more consistent, beautiful, and frequent frames, even with large models. In some conditions, it is said that display speeds can be up to ‘300 per cent’ faster.

The new graphics engine is up to 300 per cent faster

The new Raytraced Viewport Mode offers ‘fast, interactive raytracing in the viewport’ and is accelerated by modern CUDA and OpenCL graphics cards. Meanwhile, the new material library includes a range of ready-to-use, real-world scale textures that can be dragged and dropped right into your model.

In terms of documentation, parts of the workflow have been refined, including a completely reworked annotation-style interface, better DWG support and RichText throughout.

Finally, the developers have made Rhino easier to install, license, and configure. The new ‘Cloud Zoo’ licensing option makes Rhino licenses available ‘anywhere in the world’, through a login. 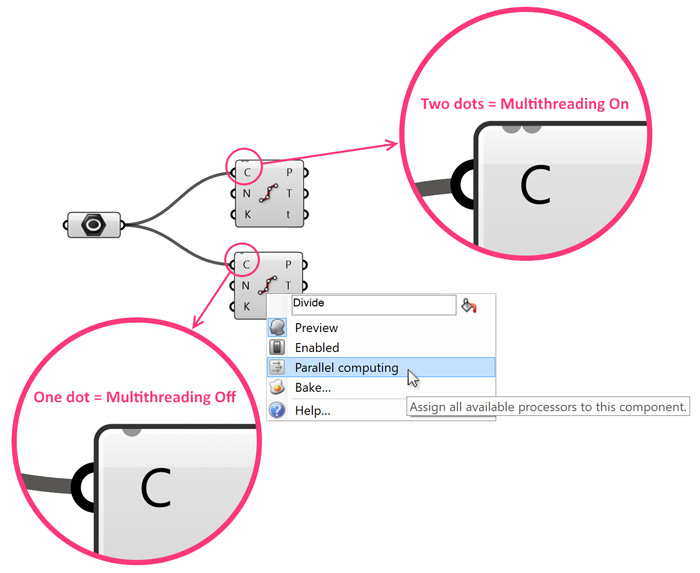 Some Grasshopper components are multi-threaded to solve quicker 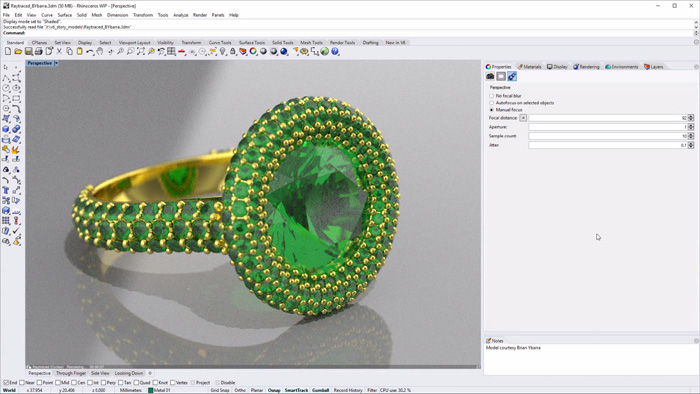