Architects, engineers and construction professionals could soon be walking through 1:1 scale virtual buildings before they are built thanks to advanced motion tracking technology from WorldViz.

PPT can track up to ten people or objects simultaneously across spaces measuring more than 50 x 50 metres, enabling what WorldViz describes as ‘true freedom of movement’ in VR – walking, running, crouching, turning, gesturing.

The hybrid optical-inertial system includes high-precision cameras that capture position data at 240Hz, lightweight sensors that can be affixed to the headsets, objects such as robots; a sensor “wand” for tracking hands; and a stand-alone software package known as PPT Studio. 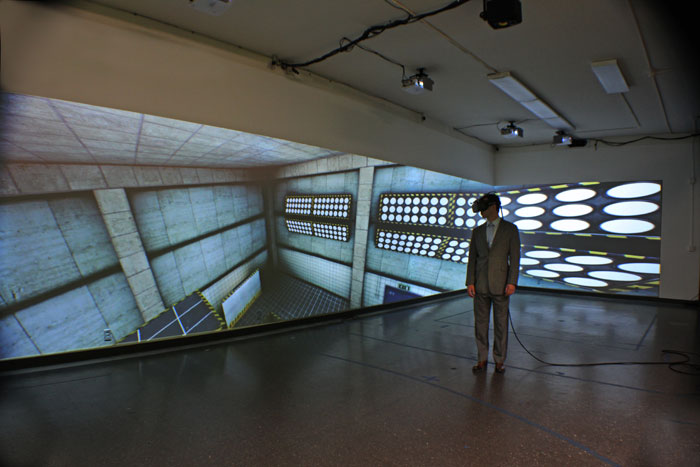 “With the launch of Gear VR, Oculus Rift and HTC Vive, and the imminent launch of PS VR and Google’s Daydream VR, the VR headset market is heating up,” said Andrew Beall, CEO of WorldViz. “The beauty of our PPT system and the new plug-ins is that they take the orientation data from the game engine. So as long as the engine supports the display, you can track the user.”

Peter Schlueer, president and co-founder of WorldViz, added: “These new plug-ins are easy for any developer to set up and use, and will open up a whole new world to content creators who want to use the best wide-area motion tracking and the best game engines with the best VR headsets on the market.”