Point clouds and 3D laser scanners are in the news at the moment, with both Autodesk and Bentley now offering native access and manipulation of scanned data. Yet it is a small UK developer that is acknowledged as having the fastest point cloud technology.

This year’s visit to the SPAR 2010 conference on 3D imaging and positioning for the engineering construction and manufacturing markets proved one thing, that this is a technology in its ascendancy. While 3D laser scanning is not new and is not cheap, the productivity benefits of using it in architectural, plant and civil engineering are becoming more widely understood.

The wave that the scanning industry is currently riding does not really come from the hardware segment but from the increasingly broad access to load and manipulate 3D cloud data. Recently Autodesk announced that it had introduced point cloud capabilities into its latest release, AutoCAD 2011. At the same time, Bentley signed a licensing deal to include the fastest point cloud engine in town to MicroStation. Literally millions of designers will soon be able to load scanned data in their native CAD systems and mix and match vector geometry with data collected from the real world.

Bentley’s partner of choice is a UK developer called PoinTools. If you ask around, even most of PoinTools’ competition will admit that it wins on speed; with the ability to load millions of points and fly through a model in real time – and with today’s high resolution scanning technology, it looks just like flying through an incredibly accurate CAD model.

However, it is not just the end result that is breathtaking, for architects and engineers the survey and data capture can lead to massive productivity benefits. A survey that would have taken four weeks to complete can be done in one day with a 3D laser scanning crew. Although to make the most of this, the designer needs tools to convert or reference these point cloud models. This is why both Bentley and Autodesk have almost simultaneously anticipated the growing demand.

PoinTools has a number of products and integrations. PoinTools Edit and PoinTools View Pro are stand-alone products, while for AutoCAD there is PoinTools Model, and McNeel & Associates’ PoinTools 4 Rhino works with the popular Rhinocerous modelling engine.

While Autodesk now has its own point cloud engine inside AutoCAD, joint founder of PoinTools Faraz Ravi explained that is limited in that it only displays 1.5 million points maximum, which restricts the amount of detail that can be displayed.

PoinTools has no such limit. There is a new version of PoinTools Model for AutoCAD which is just starting a beta cycle. This new version does not make use of the new Autodesk engine.

In addition to these finished products, there is also PoinTools Vortex, which is an Application Programming Interface (API) and is the technology that Bentley has included in its latest MicroStation solution. For those that purchase a scanner, it is also very possible that the PoinTools products will be included in the hardware bundle, with partners such as Faro.

PoinTools has traditionally been about visualising, measuring and animating the point cloud data as fast as possible. Mr Ravi prides his company’s work on the ability to load huge datasets and quickly examine and display these points. PoinTools View Pro is the latest version of this core product, featuring real time clipping, accurate measurement, rendering, animation, stereoscopic viewing and annotation.

PoinTools Edit is the platform for manipulating, cleaning and re-purposing these huge scanned models. Edit is the place where noise and unwanted data can be easily removed, colours corrected and data sorted onto layers for faster downstream processing. PoinTools also has some great utilities to break down huge models into workable cells points, allowing big jobs to be segmented and distributed among teams.

To date, PoinTools has not offered solutions to covert the point clouds into surfaces and solids, as there are many other solutions that have the intelligence to do this (such as Geomagic – www.geomagic.com), however there is increasing demand for this kind of technology.

In the driving seat

While PoinTools can name multiple big companies that use its products (Arup, Ordnance survey, Halcrow and English Heritage), the most interesting current user is Ford Motor Company. Ford is currently scanning all of its manufacturing installations to ensure it has full 3D representations of its factory floor and assembly lines. The company has detailed 2D plans of its facilities, however it recognises that what was designed is very different to what was installed. It would be a waste of time to model each plant in 3D CAD, but by using a scanner and PoinTools, it is able to capture a plant in very little time and then have an accurate 3D representation of what is actually in-place. 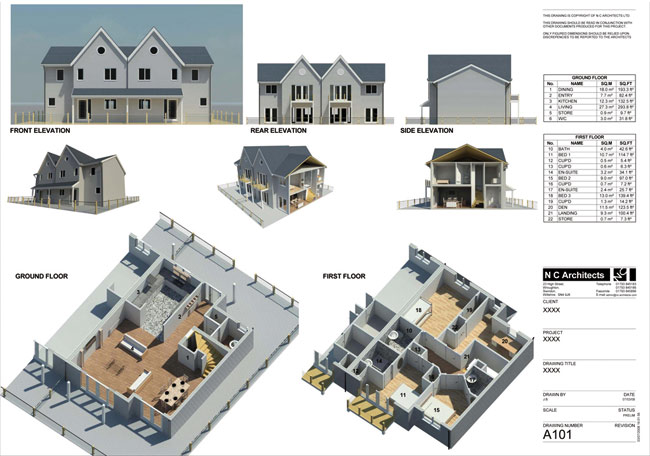 PoinTools 4 Rhino is one of PoinTools’ most powerful combinations for working with point clouds and surfaces.

This approach comes into its own when a new car is under production and changes may need to be made to the assembly line or certain work cells in an existing process. Using apparently ‘dumb’ point clouds, Ford can import CAD geometry and perform clashes against the point cloud, or see if any new robot or equipment can reach necessary objects from proposed positioning. Design teams can test all this without visiting the site and can get sign off with this virtual modelling approach before any metal is cut, or parts ordered. This saves a lot of money and has already paid for itself multiple times.

Mr Ravi sees this ability to bring data from multiple sources and different formats to be a key benefit of point cloud applications. When deciding to generate design information, the original sources may vary and capturing the existing design is probably quickest using a 3D laser scanner, while new components may well be modelled in a CAD system or just be dumb tessellated surfaces.

PoinTools is increasingly opening up this approach and with customers like Ford, is refining new workflows and best practices to virtualise refit and renovation work. To me, this makes a lot of sense; I could never work out why things such as clash detection cost so much in the design world. Surely a product like PoinTools, with some enhancements, would provide a sturdy solution and most importantly, from multiple sources?

Mr Ravi told me that there were many new niches that the company was exploring in both the architectural and manufacturing markets.

A looming problem of enhanced scanning technology is the size of scanned files. With each new generation of scanning the accuracy and number of points that can be scanned increase dramatically. What were huge files quickly grow to massive files and customers really do have a headache in manipulating and storing these. The ‘cell’ sectioning technology being developed is a result of this pressure, with new and intelligent ways to sort through the data always on the development priority list. Document management will be a harder nut to crack – imagine if all your company’s word docs were Gigbytes each.

The PoinTools session that Mr Ravi held at the SPAR conference was pretty much standing room only and gave a great indication to just how important these tools are to the 3D imaging community, where data sets are huge and speed is essential. PoinTools’ business outlook and pricing reminds me of McNeel & Associates’ Rhino, in that you get a lot of bang for your buck, and competitive products appear to cost tens of thousands more. The community feel of the company and its ethos is strong and very passionate.

The other take away from the SPAR conference was that every company has resolved to use multiple software applications to do different parts of the process, causing all sorts of complications and unnecessary problems. Mr Ravi is keen to develop PoinTools into solving these data issues, while fundamentally maintaining the speed of data manipulation. There is also the hint that the next area of expansion will be in manufacturing and factory simulation and it seems that Ford’s experimentation with scanning may ultimately provide a bigger benefit for us all. 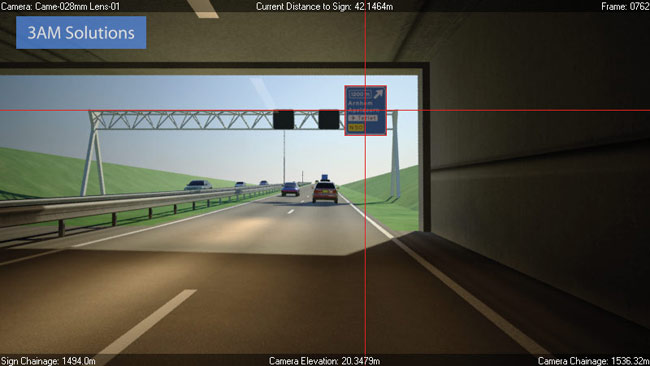 These images show some of the 3D laser scanning projects developed by Alejandro Marambio at the Virtual City Modelling Lab (VCML) of the Polytechnic University of Catalonia in Barcelona. The VCML was established in 2000 as an initiative Specific Research Centre of the Centre for Land Policy and Valuations (CPSV), together with the School Architecture of Barcelona (ETSAB).

The lab is evaluating the use of laser technology in the registration of architectural heritage projects. Its main objective is to provide an integration of new technologies, visualisation and modelling of cities.

According to Mr Marambio, 3D laser scanners are ideal for the creation of virtual reconstructions and a place to test and develop interactive applications for studying complex buildings. The 3D point cloud models allow possible reconstruction to be tested and compared to the current condition.

Olerdola’s cave is 60km west from Barcelona. It is approximately 150 metres long by 20 metres high and contains two chambers. Scanning of this heritage site required only one field day. The team used a total of 28 scan positions, with each scan position approximately every 10 metres. This provided 1.5 million points per scan. In total 70 calibrated digital photographs were taken in order to add colour to the point cloud model.

No registration targets were used, because the alignment of the scan positions were calculated via software.

Laser scanning post-processing was completed in three days: one day for cleaning unwanted data and aligning scan positions, another for fixing colour of the images and the third for optimising the resolution of the point cloud model.